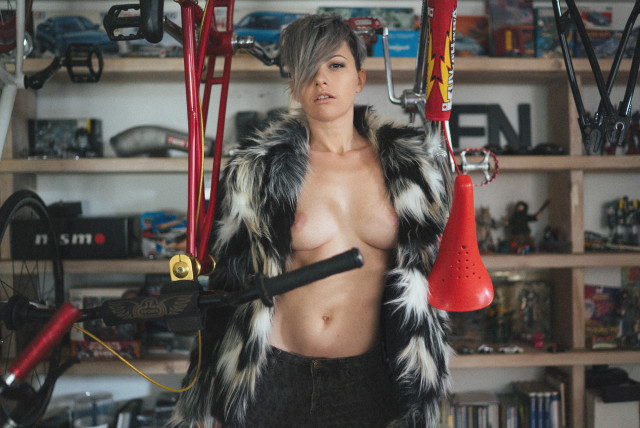 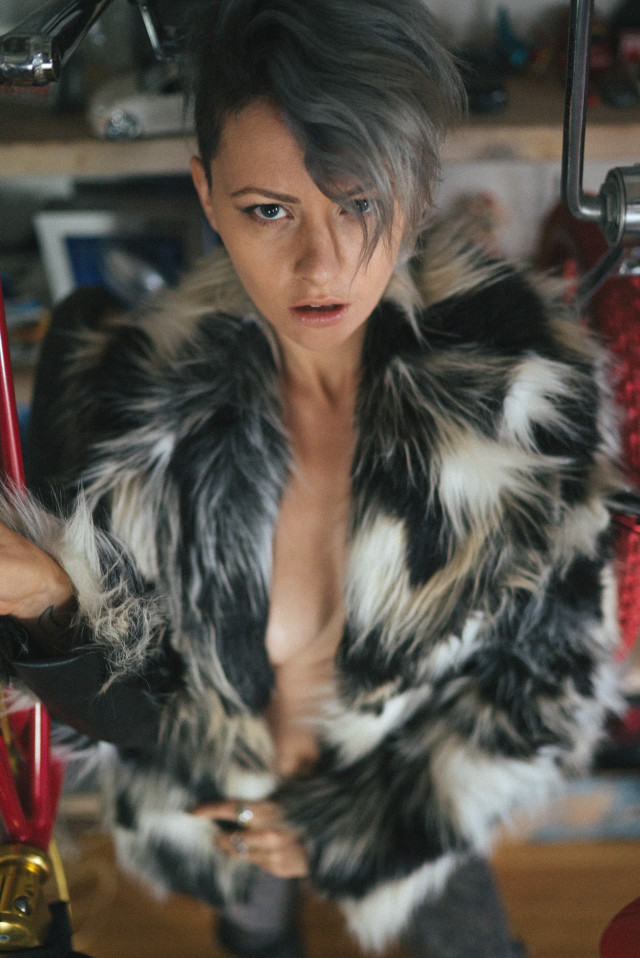 Had a great shoot with Professional Model Meluxine, who’s Sydney based Photographer Nic Mesker’s flatmate. Mel was awesome! Great gal and damn Pro Models bring so much more to a shoot; movement, fluidity, we smashed it out!

I shot Mel in the man cave. Some more shots of her are in my “outtakes” folder to (at the bottom of “stories” on my folio).

Posted in Photography | Comments Off on Photoshoot with Meluxine 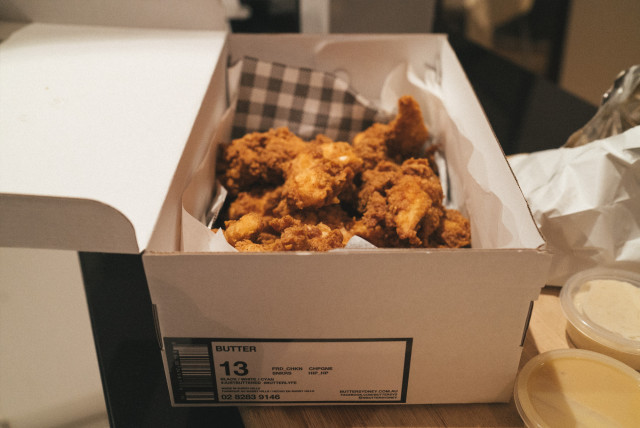 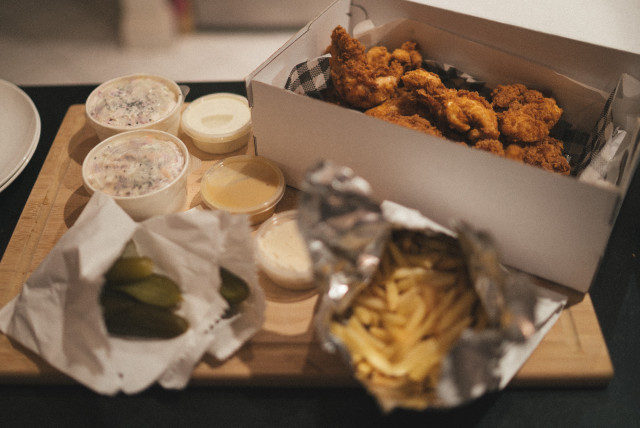 Butter. Will go anywhere/do anything for Fried Chicken! 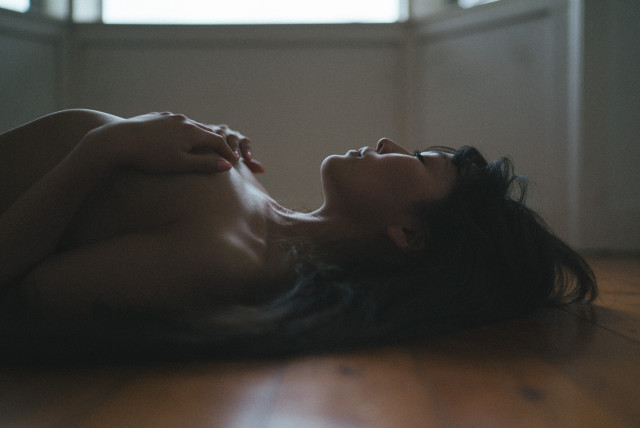 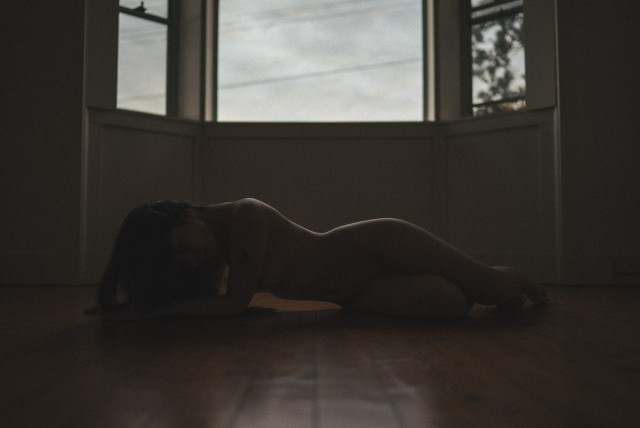 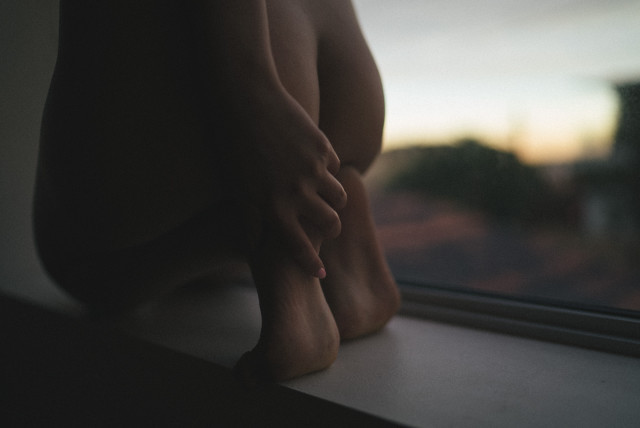 My moody set of shots from my last shoot with Mongolian Beauty Rosamina Bold are now up!

Posted in Photography | Comments Off on Rosamina for self-control magazine 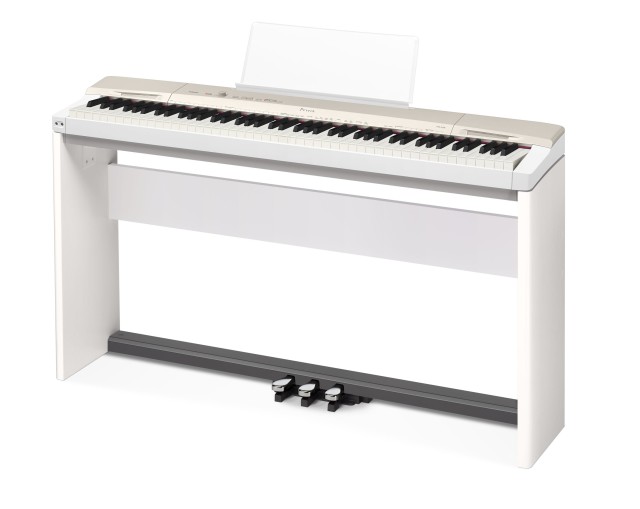 My flatmate moved out recently and I’m tempted to turn the spare room into a music room, and a piano would sit real nice in there. I’ve had an itch to buy an old school upright Piano for ages now. Mum always had one in the house growing up, and I often would find myself sitting down and playing it.

There are SO many old pianos on eBay for around $300, some are even free so long as you organise delivery. I assume they’re not loved anymore, and people just want to get rid of them to clear up space in their homes.

At the same time I’ve also been super curious about electric pianos. I’ve had a play on some over the years, the weighted keys are feeling better than ever these days, and obviously, sound wise, these new electric pianos are amazing as they’ve sampled some of the world’s best grand pianos. Being able to adjust volume is a massive bonus (I don’t think my neighbours would be too happy about me bashing on an old school piano at 5am), so too having built in instrument sounds. Being able to record digitally makes for better sound quality AND the piano doubles up as a MIDI keyboard too… BUT there’s nothing quite like the old school, right?!

I’m thinking I’ll probably end up with both. Right now I don’t see any old school pianos that really screams BUY ME on eBay, so last Friday I pulled the trigger on a Casio Privia PX-160.

At close to $1k all up (for the package deal with stand, pedals and seat) the PX-160 is a LOT more than what I wanted to spend on a piano but I’m sure I’ve bought something that’ll last (the 5 year Casio warranty is pretty awesome).

The piano sounds great and the keys feel pretty damn amazing. The keys themselves have a very subtle texture on them which I don’t really like, only because I remember all the piano’s I’ve ever had in the house as having smooth ivory keys. The pedal board looks great, but feels too plastic for my liking. I went for the white/champagne model instead of the black one, only because I’d rather not have too many large heavy looking black boxes around the house. I think the piano looks pretty boring, even a tad ugly. If there were no curves on it at all it would have looked so much better. The stand looks even worse than the piano though, and up close it’s pretty nasty (even nastier than IKEA stuff), but hey, it works!

PS: I bought the Piano over the phone from Belfield Music, who delivered it the same day! When it got here I frantically put it all together only to find a dead key. SO ANNOYING! I took the piano to the shop the next day and the guys were super helpful and swapped it for a new one.

PPS: I’m thinking of getting piano lessons! At least a few to get me going. I’ve never learned how to read music, so now could be a good time to start!

Posted in Music | Comments Off on Casio Privia PX-160 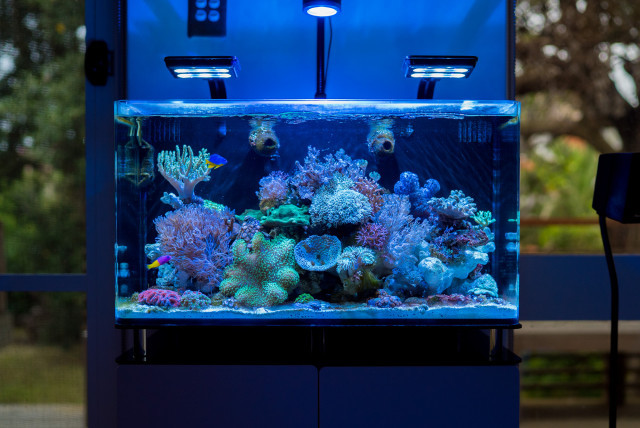 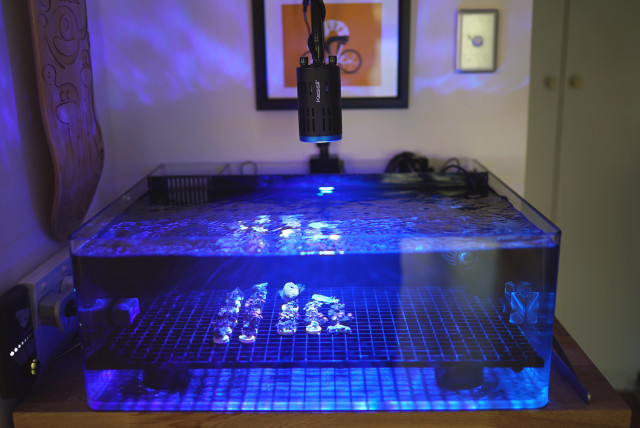 I’ve dropped the ball on the aquariums since Koh Samui. It’s amazing how easily things go out of whack if you don’t keep up your weekly water changes! A month ago I decided to break down the Frag Tank as 3 tanks is just too much upkeep. This weekend I’m breaking down the Nuvo, and putting all corals from it into the Fluval Edge (and donating the fish back to my local fish store).

Pile it on THEN strip it back! Just another excellent example of me going too hard on shit I’m into LOL!

Posted in Pets | Comments Off on Downsizing 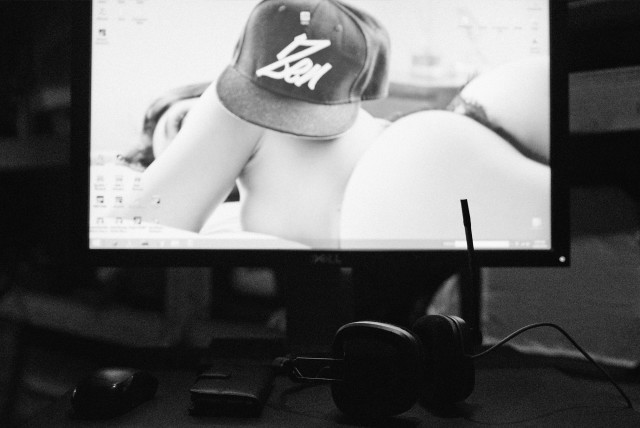 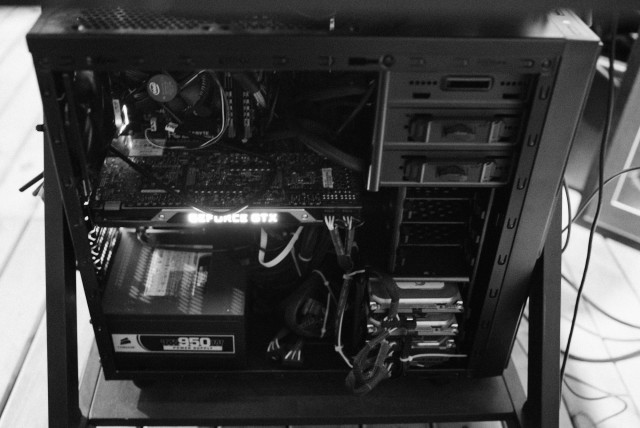 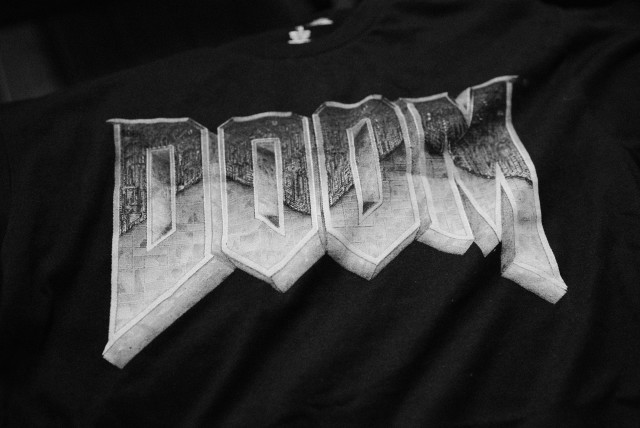 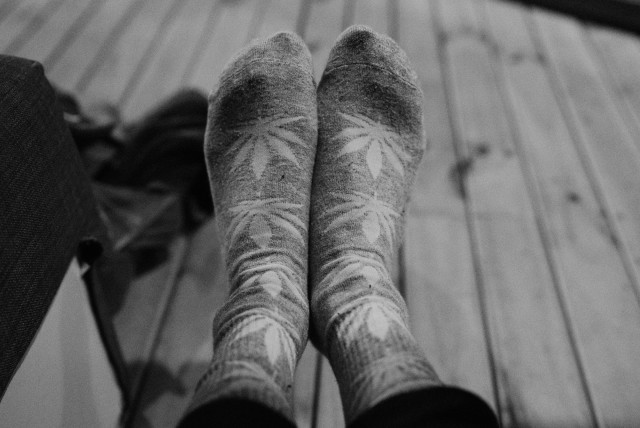 Ved and I were just starting to ween off The Division. I’ve been lost in this game over the past few months (understatement!), but the developers have released an update for the end gamers, “Clear Sky” an Incursion (incursions are extra challenging missions designed for teams) and Ved and I decided to have an old school LAN Party (minus the stinky socks) to see if we could beat it.

Too right we beat Clear Sky first go, which had our team pretty damn chuffed! 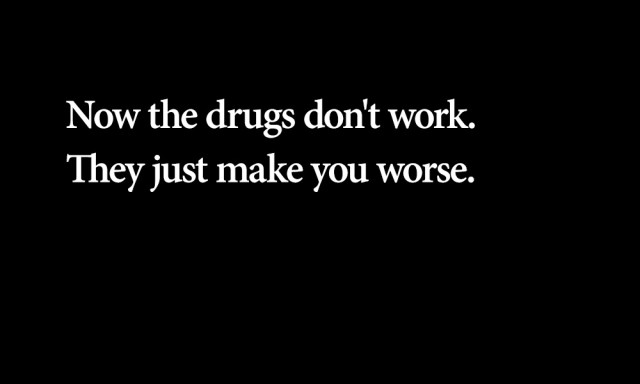 I have a largely addictive personality. Vices are a normality to me (and so I try my best to not look at vices as a negative thing) and balance is something I’ve always struggled to achieve.

I love the grey area. I live and strive in it. I’m generally a driven, positive, happy and motivated person 99% of the year. I’m a great shoulder to lean on for friends in need (I actually genuinely like picking up the pieces and helping people mend), and an even better ass kicker when needed, but logic wins, and every now and then I crash.

Too much of a good thing.

I drink to get drunk. I smoke to get high. I’ve been drinking and smoking since I was a teenager. I love being fucked up just as much as I love being straight. Last year I had an epic wobbly. I wasn’t sleeping much (about 4-5hrs a night). I was smoking way too much weed, and instead of feeling all the benefits (calming anxiety, feeling creative etc) I felt the opposite. I had my very first anxiety attack. I don’t even really want to talk about it as thinking about it scares me so much. I can only describe it as a pain you want to massage, but for some reason you can’t quite find the spot to massage.

I bounced back from that pretty quickly by cutting down, but for the past few months I’ve fallen into that hole again. Smoking too much which in turn has me ignoring people, losing motivation and most crucially losing self love. Just the other day I hit the bottom once again, I even had a good cry on the phone to a friend (who was fucking shocked lol! I’ve not cried since my Dad died when I was 18, and holy fucking shit crying felt so fucking amazing!!!!!!!! MUST CRY MORE!).

So 3 days ago I broke my bong, with my Dad’s hammer too which I’ve held on to ever since I was a kid. It felt good. I’m feeling sharper already 3 days in. I’m smoking more ciggies and tempted to hit the booze, but I’m sure I’ll cut those down too in good time.

Rehab is for quitters.

In regards to drugs. I’m not sure I want to quit drugs entirely. I love how my mind works on drugs. I love myself, and if I really wanted to quit I am sure I could, but if I “try” to quit and I don’t succeed, well then surely I’d find myself liking myself a little less and that’s a sure recipe for disaster.

PS: It feels good to get this out. If reading this has triggered some thoughts, whether it’s a similar experience, or tips on cutting down or even quitting, or anything really! I’d love to hear them, so please share in the comments below. 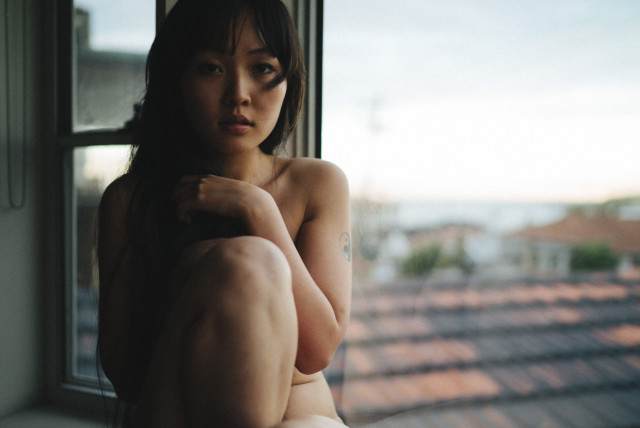 I’ve been meaning to shoot with Mongolian beauty Rosamina again for a while, but the last 2 dates I’ve bailed out as I’ve just had my mind elsewhere (I’ve been spending SO much time playing The Division the past month. 100% out of control!). We got together last weekend and shot some photos in dying light. We got moody as we always do, here’s just one shot for now. Lovely, right? 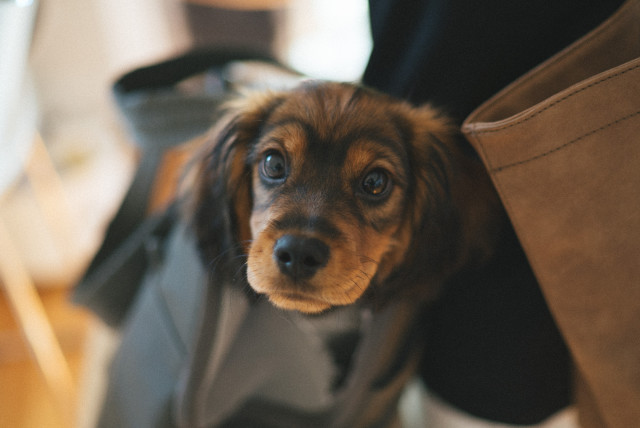 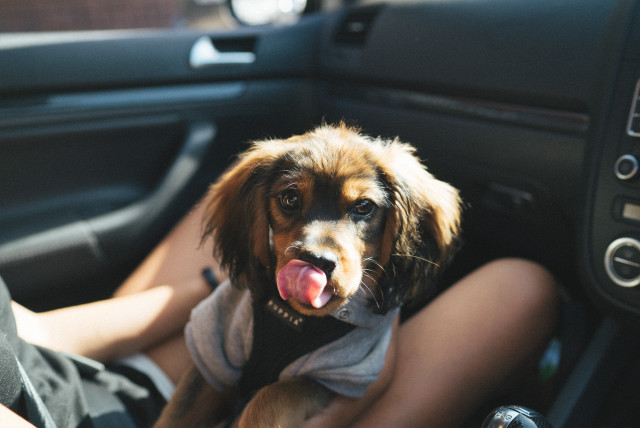 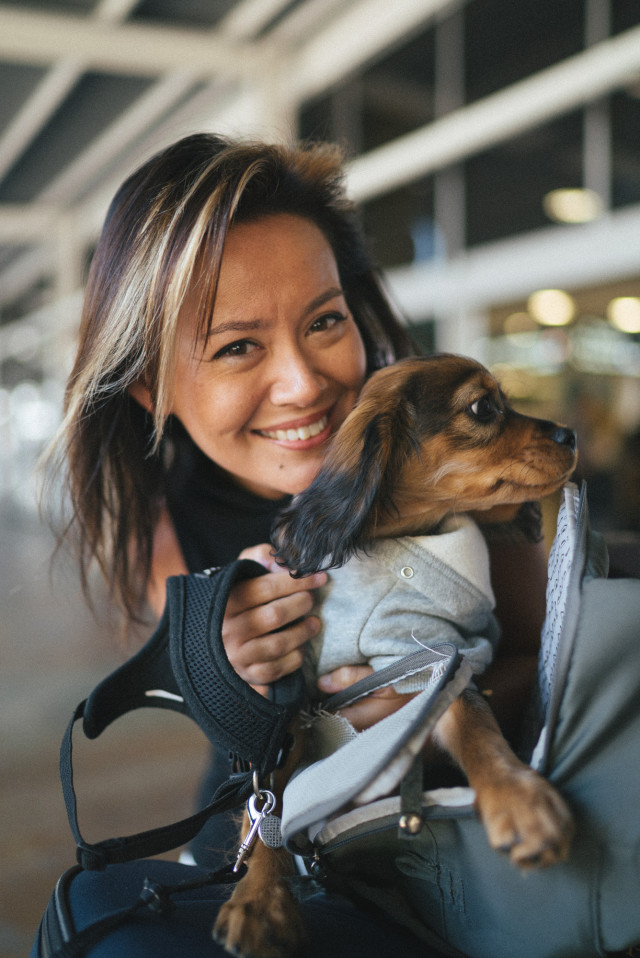 Nana and Crumpet at the Airport. 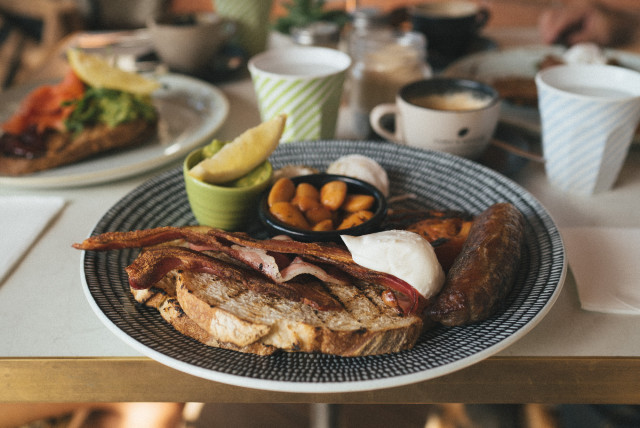 Posted in Food, Pets | Comments Off on Adventures with Crumpet! 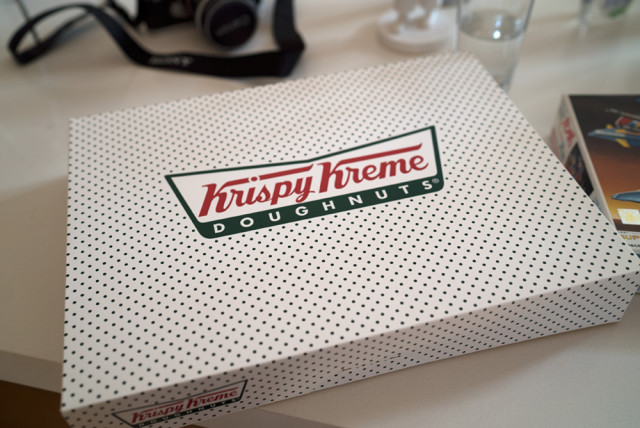 Happy B’Day to me!

Thanks for all the birthday wishes! I’m not massive on celebrating birth days, but I appreciate the love!

Can’t not mention Dad. My father Joe passed away from stomach cancer at the age of 46 when I was 18. His last message to me was to not worry about life without him, and not to worry about getting cancer, and that I will be just fine; “you are lucky”, he told me.

When Dad died I truly gained his strength. I gave myself a deadline of 46 years to do all the things I want to do in life, and fucking hell, at 41 I feel like I’ve done that and SO much more!

So again, thanks to all who wished me a happy B’Day, and thanks to everyone I’ve shared a Zen moment with. I’m so happy with how I’ve turned out (LOL!), and any more time I have in this life is truly just a bonus.