In search for the best Batman & Transformers games out there 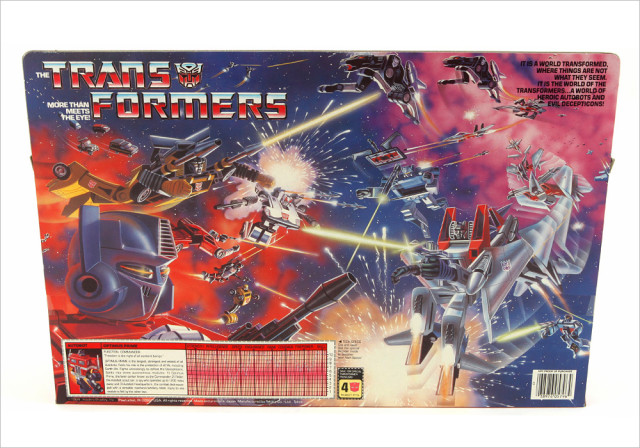 Original G1 Optimus Prime packaging. As a kid I’d stare at the art on the back of this box for hours.

I’ve played a LOT of games growing up; Atari, C64, Megadrive, Playstation, Mac & PC. I can’t recall any good Batman games though, and I’ve only played one Transformers game (2004 on PS2) so I’ve been on the hunt for the best Batman game out there, and the best Transformers games out there. Being a child of the 80’s (born in 75) I grew up on Transformers. I watched it every morning before school, I’d get Transformers toys from my parents when they came back from overseas business trips to Japan and Hong Kong every year and I’d get Transformer toys every birthday and Christmas too. I watched the Transformer animated movie in the cinema with my Dad (who slept through the whole thing). I literally had hundreds of robots and I still own and proudly display my original Takara made Generation 1 (G1) Transformers.

Batman I got into a little later in high school through reading DC Comics. I was a huge 2000AD fan (Judge Dredd) and DC released a Judge Dredd vs. Batman issue which I had to buy. Batman was pretty damn dark in that comic, so I dug up the darker Vertigo Batman comics and bought a fair few back in the day. The first (89) Hollywood film wasn’t so painful as Jack Nicholson made for an awesome Joker and I was a Kim Basinger fan, but Keaton as Batman? COME ON!!! Then I think everything after that turned to shit until Christian Bale (2005).

I put a call out on Facebook for suggestions and I got plenty! In the end I’ve narrowed down my choices to Batman: Arkham Knight & Transformers: Generations.

This game came out in 2015. It got pretty damn good reviews on console, but they released such a bad PC port that the game was unplayable… until now! #justmyluck Now 2 years later the PC port has been patched and the game runs super smooth on the Zen PC. The graphics look great. Gotham looks awesome! It’s always night and it’s always raining too. Perfecto! The game world feels like the best bits of the better later Batman movies, and some of the darker earlier DC Batman mixed in.

It’s new school but somehow still manages to feel old school, which I really like. Batman is way overpowered in fist fights but so he should be! Just perching high up and gliding over Gotham City is worth the $20 price alone. You get to drive the Batmobile in the game too, and apparently there’s so much Batmobile gameplay in the game that it polarised gamers down the centre. I personally don’t mind it so much so far, but I’m only 15% into the game, and man it already feels like I’ve done at least 3 times more than that so I’m impressed at how big this game feels so far.

There’s been a fair few Transformers games but I’ve only played Transformers on the PS2 back in 2004. I remember that being an AWESOME game. The art was a bit too cute for my liking (with the robots looking more like mini bots), but it had an open world feeling, sound was on point, transforming was fun and the boss scene with Tidal Wave literally blew my socks off. It was the first time I felt scale in a game, and is still one of the best boss fights I’ve ever experienced to date in a game because of it.

I’ve been searching for something G1 and I’ve found it. Transformers: Devastation (2015) which brings back the G1 Transformers big time. The developers even went as far as hiring the original voice talent from the cartoons I watched growing up as a kid! Add to that being able to play as Grimlock and the game being 80% off on Steam for $10, how could I not buy and play this game?! Just bought it and gave it a quick spin, it’s SUPER arcade styles with frantic action and pace. I’m actually really enjoying it! I’ll most likely give some final thoughts on both games at some point (or not as I’m quite happy with both purchases!). 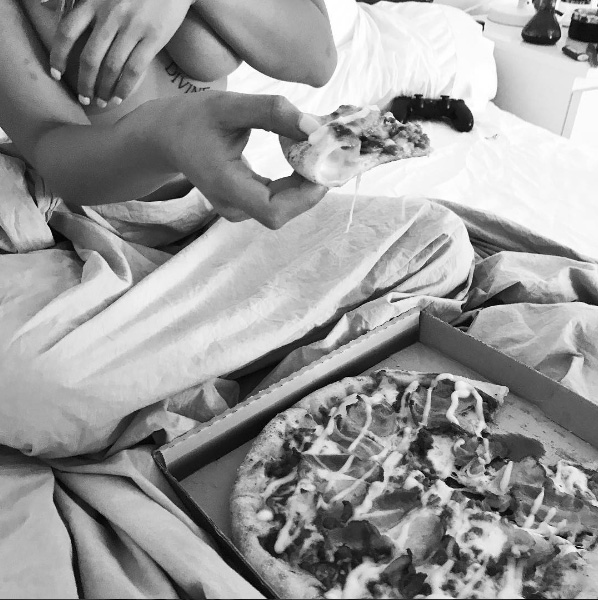 Posted in Food | Comments Off on Breakfast in Bed 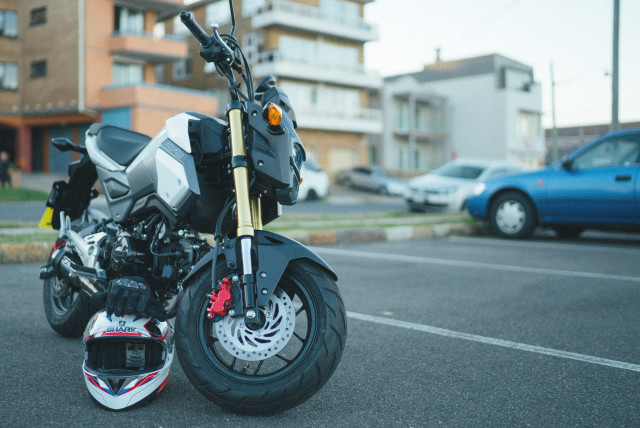 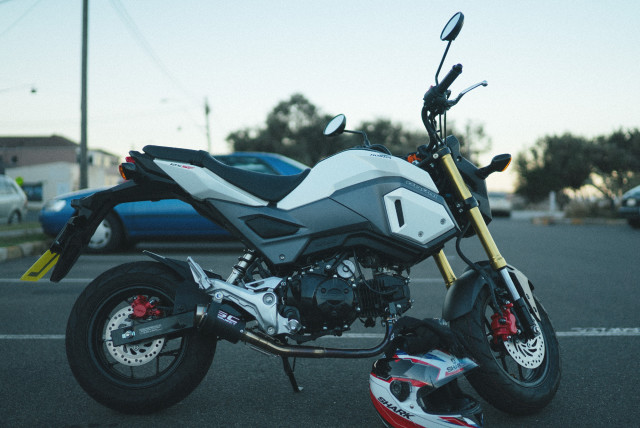 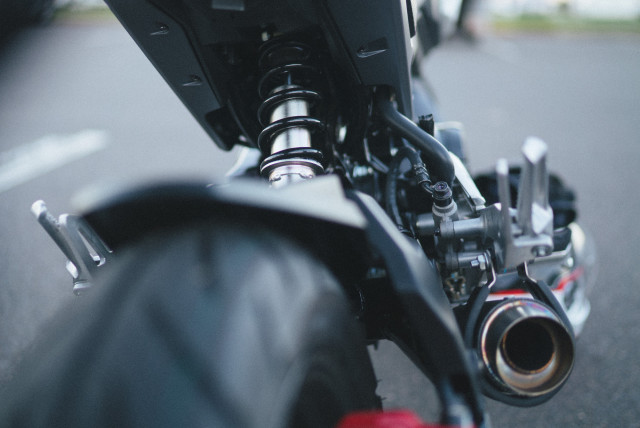 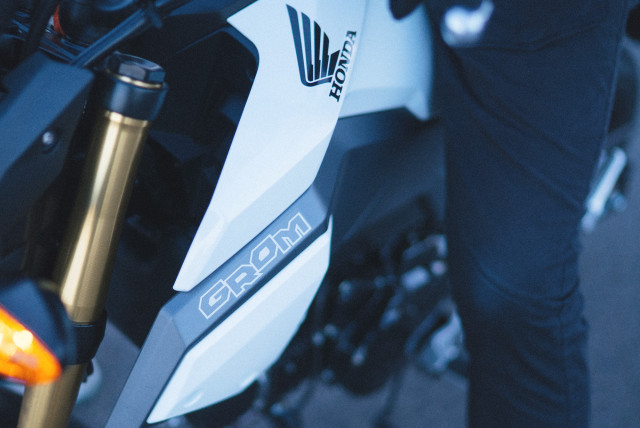 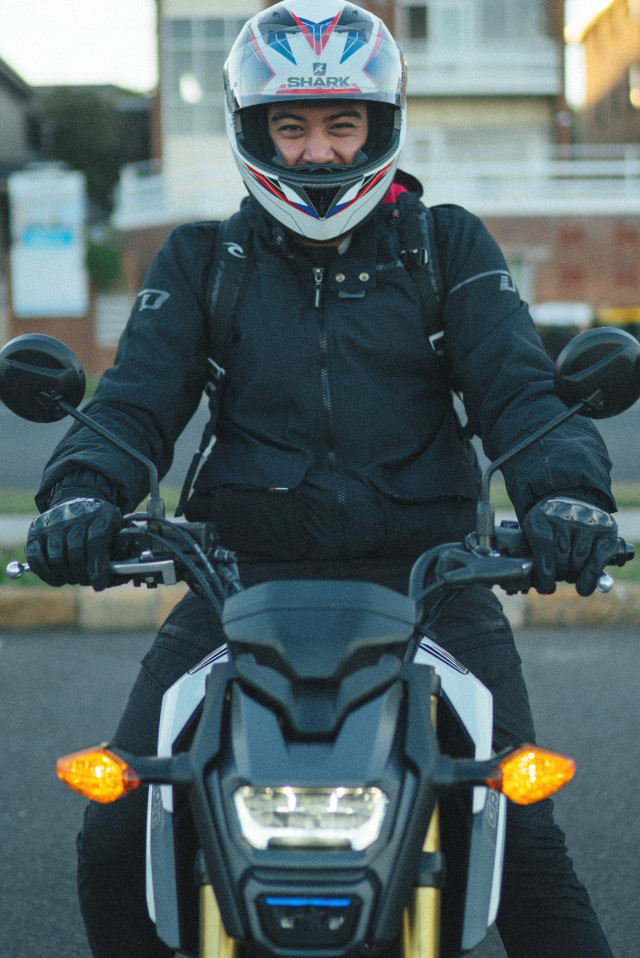 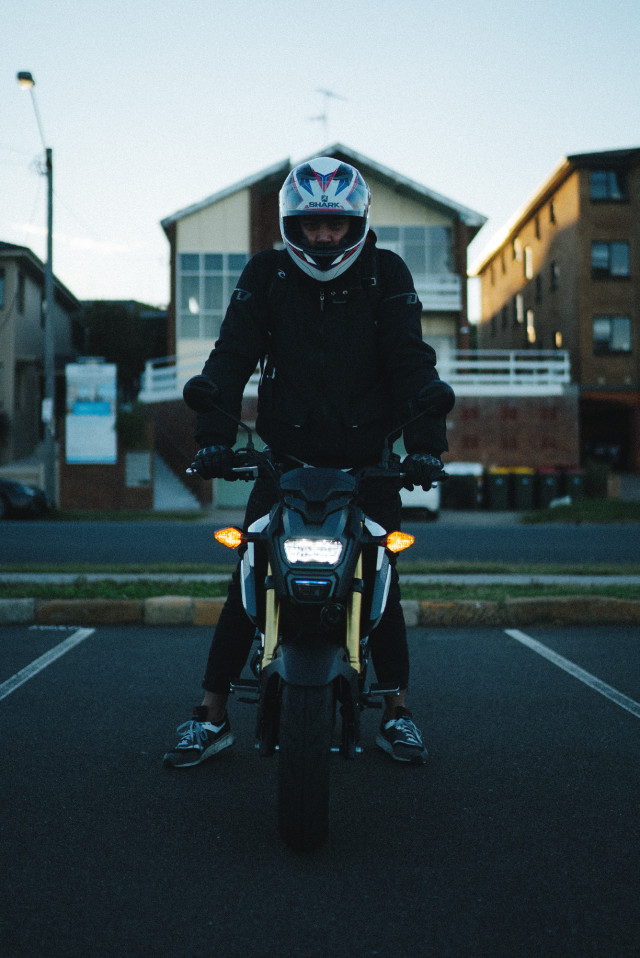 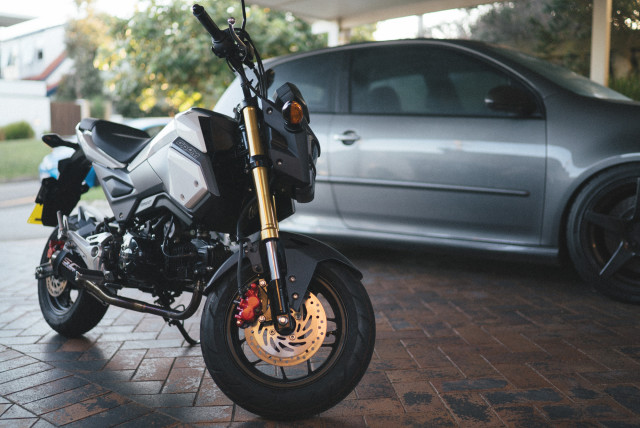 Posted in Bike | Comments Off on Alain’s Grom 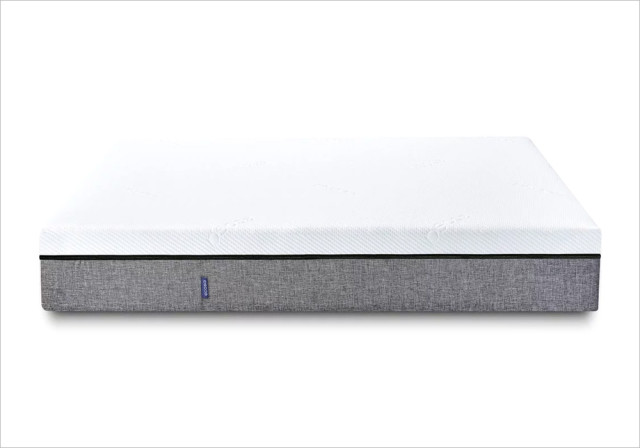 Mia pee’d in my bed whilst I was gone, that’s how upset she was!!! I’ve had to buy a new mattress, really wanted a Tempur as I’ve heard nothing but amazing things about them, but I’ve got nowhere near enough funds right now to justify the cost, and even if I did have the funds for a Queen Tempur, the real mission is to own a King sized bed… but it’s all such bad timing as I’ve got a legit reason to get a new bed right now, but can’t afford the King, nor the Temper Queen lol.

I ended up doing research and pulled the trigger on a pretty interesting choice. The brand is Ecosa, and you might have seen the video where a girl has wine on the bed, a guy jumps on the bed but the wine doesn’t spill. Their web site looks way better than their video, and with free 4hr shipping from time of order, as well as a 100 night free trial I was keen to give it a go.

The guy at the door came with a pretty small box. Heavy, but the box had wheels built into it. I thought that there was no way there was a Queen sized mattress in that box! But on inspection, Queen was ticked at the top. Unboxing was quite hilarious fun! The mattress came folded up and squished flat in airtight wrap, once I pierced the film the mattress literally exploded to life, filling out crazy fast.

The new mattress gave off some pretty funky plastic smells so I let it air out in my room with windows open for a day. The mattress is a LOT shorter than my old one with pillow top. I could look into a pillow top option for this mattress in future if the height bothers me (my side tables are now too tall). The mattress feels super firm too, but I love it! It’s been 3 nights so far and I’m sleeping well and feeling good when I wake up! 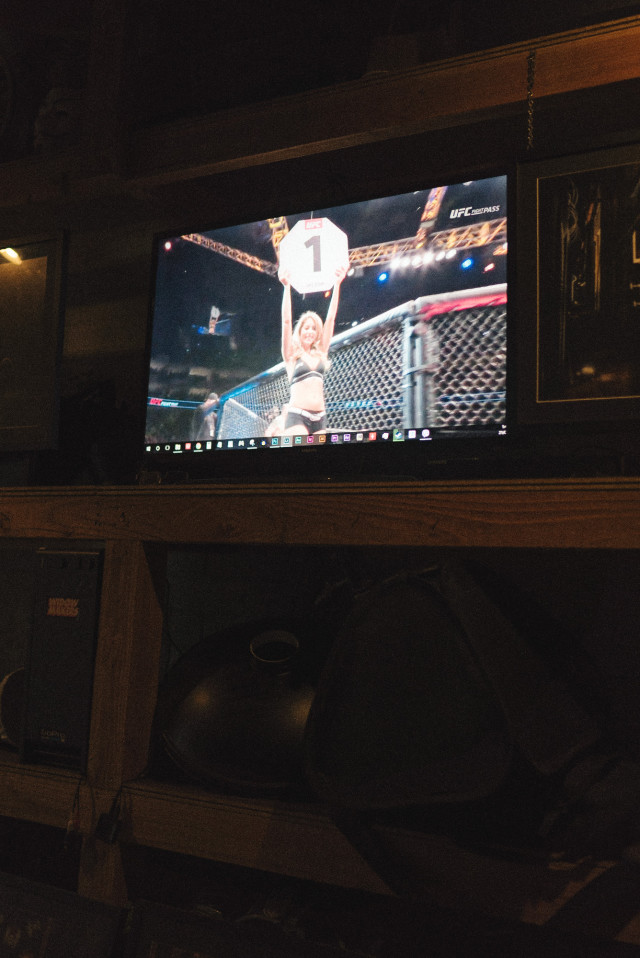 Posted in Spam | Comments Off on Cave Hangs 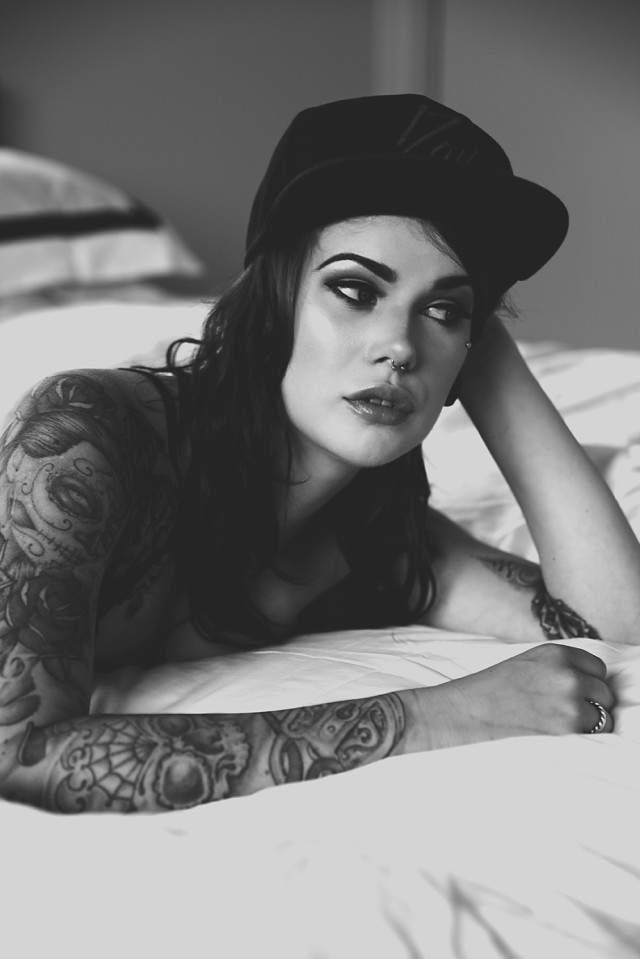 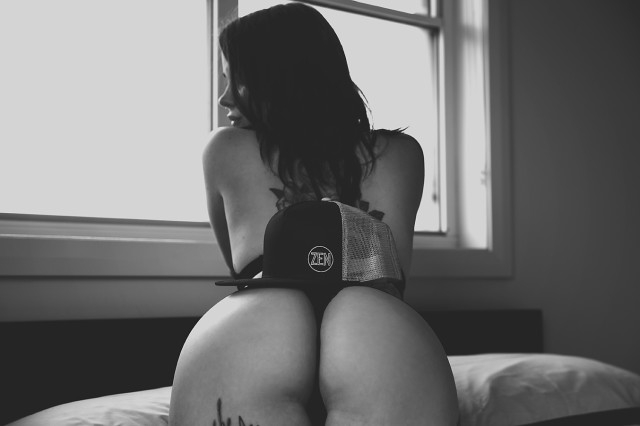 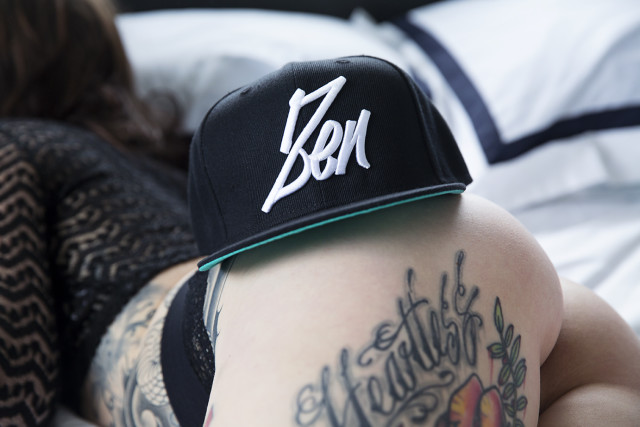 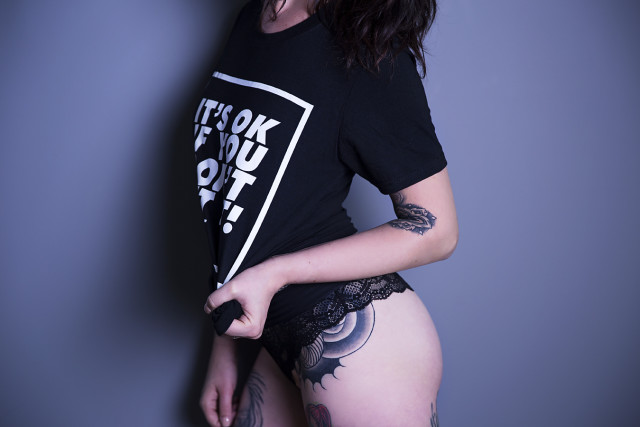 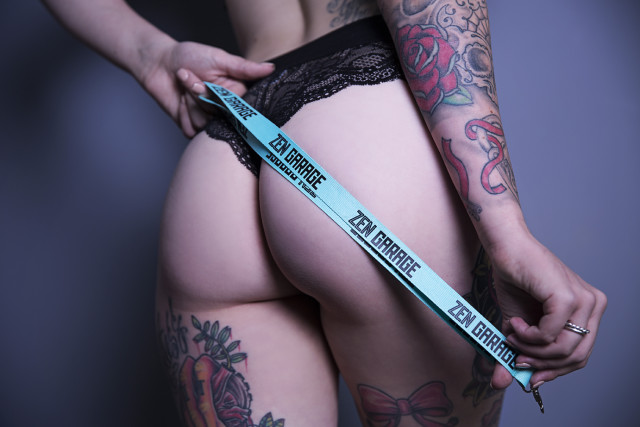 Loving these great crisp shots by Cat. I sent Cat a box of Zen goodies before I went overseas and it’s been AWESOME seeing her shoot it on her babes. AMAZE! There’s so much to come! First up, Kat Barry. Del Rey eat your heart out!

For the Full Feature, visit: http://www.zengarage.com.au/2017/04/catalina-briceno-zen-babe-photoshoot/ 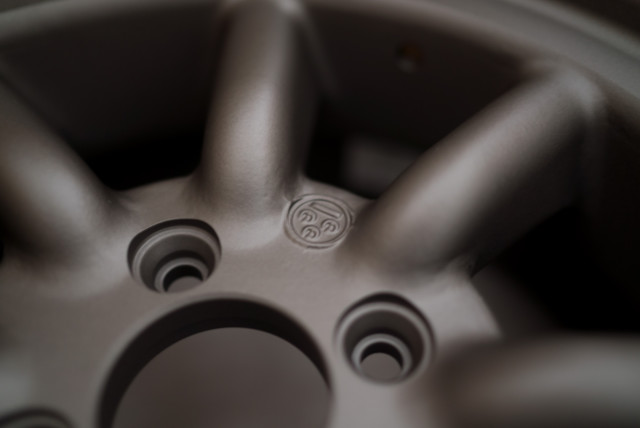 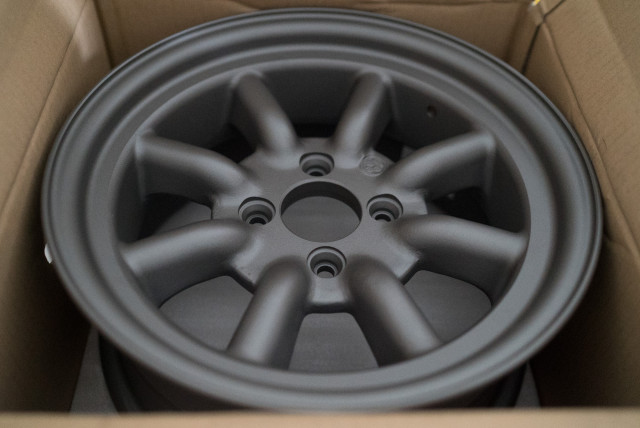 Finally SOLD! Didn’t mind that it took a few years… always thought they’d go on another NA8 one day (or even Ved’s MK1 Golf!). Needed the money though, Mia pee’d in my bed whilst I was gone, that’s how upset she was!!! I’ve had to buy a new mattress, really wanted a Tempur, but nowhere near enough funds right now to justify the cost. I ended up with a pretty interesting choice, might blog about it after a few more sleeps.

Posted in Cars | Comments Off on Goodbye Watanabes 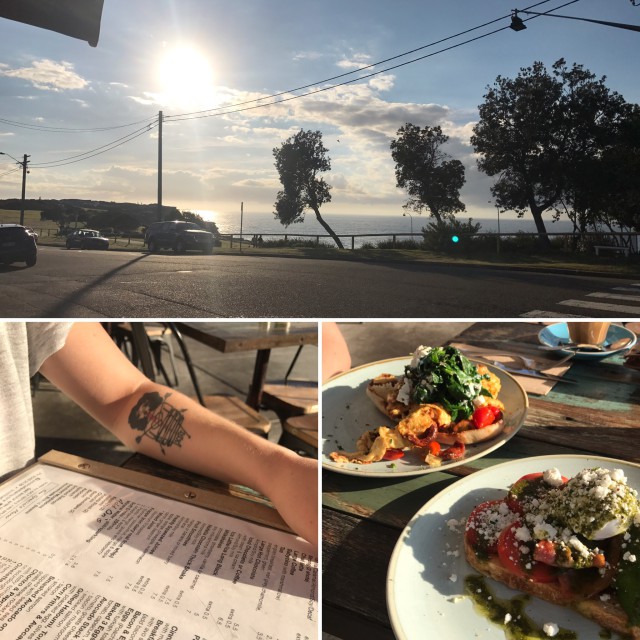 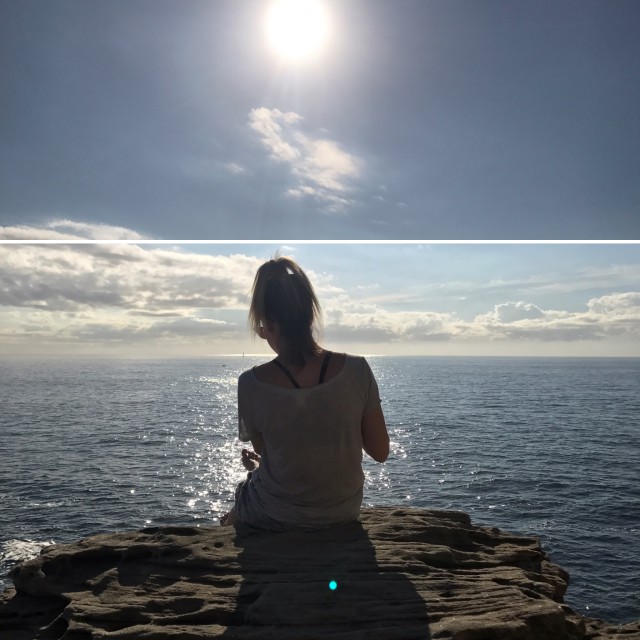 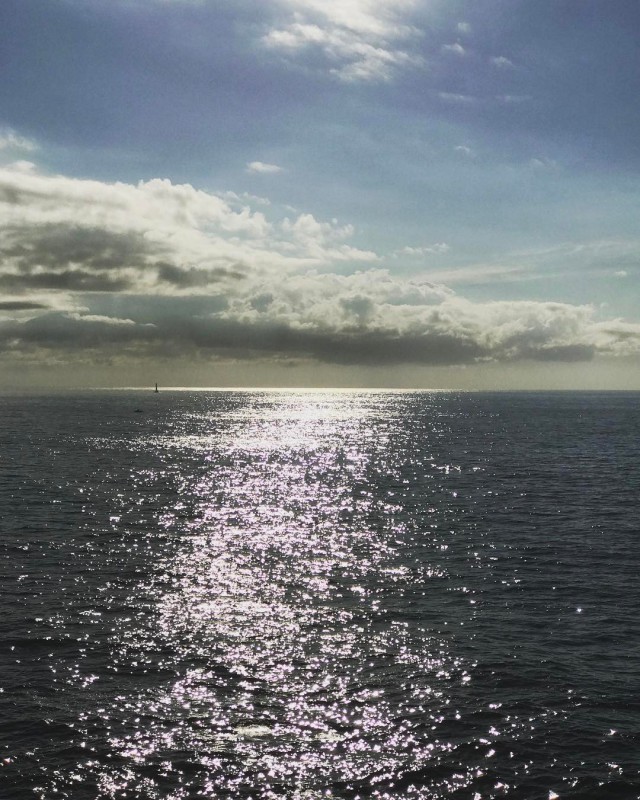 Epic hangs with my good friend Kristi last night. Kristi’s the oldest person in the youngest body I know (she’s 23 and well capable of putting me in my place!). She’s always one step ahead of herself, sometimes I think she needs to grow ‘down’ some! K-POP no longer comes to me for advice, or a shoulder to cry on. She’s so aware of who she is now, and we’re such good friends that we just process our own problems through hanging out with each other every now and then and talking shit for hours.

Posted in Spam | Comments Off on Hangs with Kristi

Nier: Automata left me a little frustrated. I do think the replayability of the game is conceptually interesting, but I just rage quit a few too many times half way through the 2nd playthrough. Ultimately the gameplay and graphics killed it for me, and the story, nor the soundtrack (I had the music on for the 2nd playthrough) just didn’t grab me, full stop really.

I’ve had a review copy of Wolfenstein: The Old Blood gathering dust around my lounge room for a year now. Initially I couldn’t install it on Ved’s PC because it didn’t have a DVD drive. I ended up getting an external with the Zen PC build so I finally got around to installing the game yesterday and finished it today (more a DLC, it’s super super super short!).

Published, and sent to me by Bethesda (so you know it’s going to be good!). It’s made by MachineGames, but I had a feeling it was going to look, feel and play like Doom, which it did! But what it did even better than Doom was take me back. I soon realised this game was made for me, for Bethesda fans and most importantly for other oldies who played the original another lifetime ago.

Fast gameplay, BJ, dual wielding guns (silly but it’s OG!) and something I didn’t expect, stealth, which was actually quite fun (not at all serious as the AI couldn’t detect dead bodies). Over the top Bethesda Easter Eggs and references to the original Wolfenstein are dropped throughout the game; even a simulator of the original game within the game! Loved it’s world more than Doom’s SCI-FI world, and it kills Metro in every way. I was shocked it ended so quickly, definitely left me wanting more. 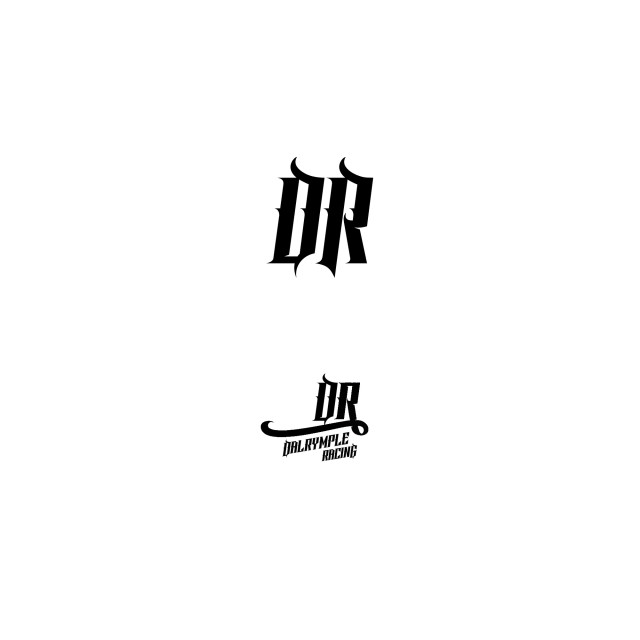 Earlier mocks. David couldn’t explain why he didn’t like the first one. I prodded a bit. The guy’s into Heavy Metal. It’s something we share in common. Maiden, Slayer, AC-DC. I didn’t go as far as pushing the type like these bands but I got the horns in and Dave’s a happy man, me too as I like what came out in the end. 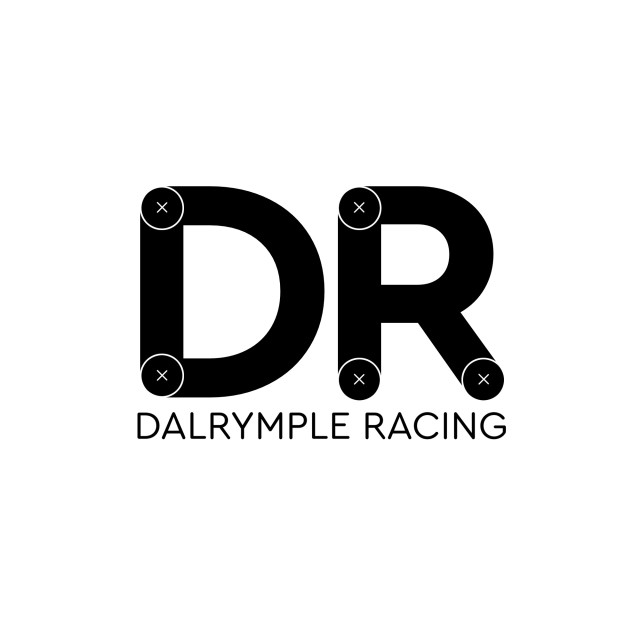 Posted in Design | Comments Off on Dalrymple Racing Logo Design