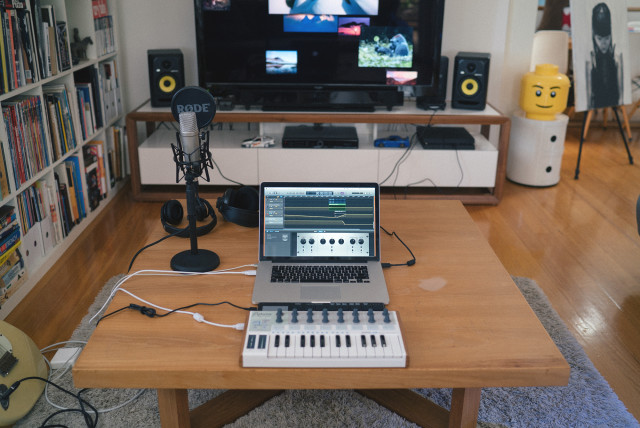 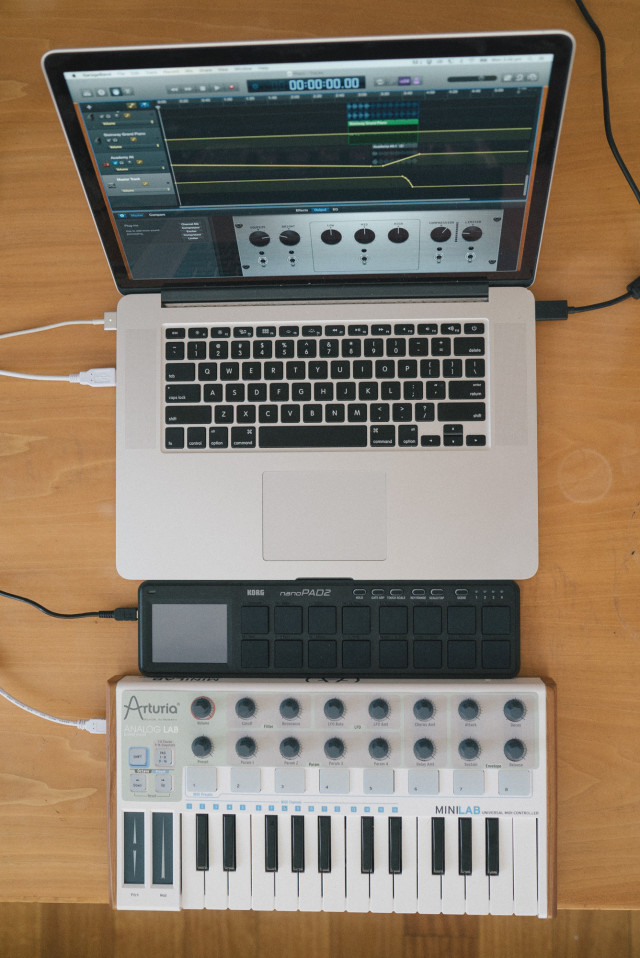 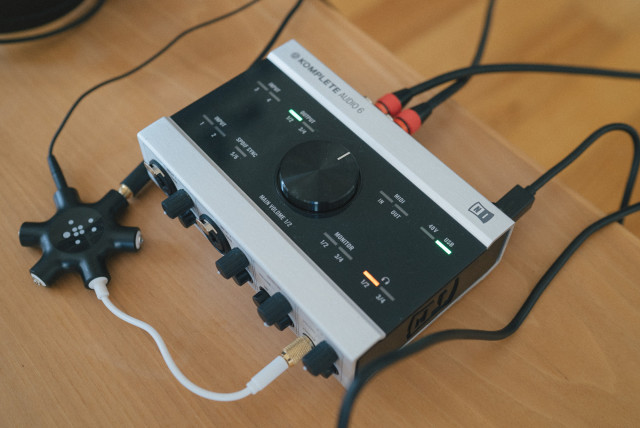 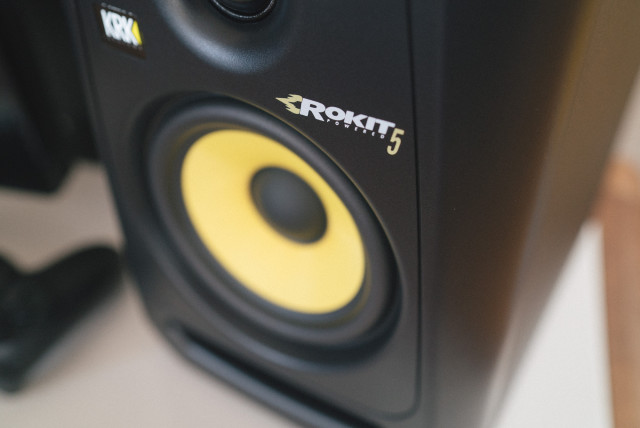 So this is my lounge room studio set-up! I’ve geared up pretty quick, but I think I’ve got all of the basics covered.

The first thing I bought was an audio interface to plug guitars and microphones into (it sits between the instruments and the computer, and also sends sound to my monitor speakers. Garth gave me the heads up on the Komplete Audio 6. It’s a small little metal box, with a massive metal volume knob to control volume of my monitor speakers. I’ve always wanted monitor speakers! Now I’ve got a set of KRK ROKIT 5’s and they’re awesome! I’m in love! The TRS cables I bought to connect them to the interface are too short so I’ll have to buy longer ones.

I also bought a Rode NT1-A condenser microphone, which came with a cage and pop filter. It all looks and feels a bit cheap and nasty, but the reviews out there say they function well. I figured I’d try to keep the mic on the lounge table so I bought a Rode desktop microphone stand and it blows. With the mic set-up as is it’s so front heavy it wants to topple over. I’ll have to look into buying a proper mic stand next spending spree.

I’ve bought some Samson SR850 headphones for mixing down tracks. Great reviews out there, easy on the wallet too. I’ve also got a little Belkin headphone splitter so 2 people can listen in whilst recording.

Last of all I have my Arturia MiniLab controller/keyboard. It comes with software that makes many amazing sounds, but the software isn’t compatible with Garageband, which is what I’m using now, so I’ve just been using it with Garageband’s built in instruments for now (check The Piano Song the post before!).

Posted in Music | Comments Off on Lounge Home Recording Studio

Track #2! Had a lot of fun with this one! I used the Arturia midi keyboard to record the emo piano bits in Ved’s cave, and finished the rest of it off at my place in Garageband. I’m hooked!

Posted in Music | Comments Off on The Piano Song

The Mighty Car Mods guys did an interview style video at a JDMST EOMM years ago and it was awesome. Ved and I have decided to do something similar at every #EOMM from now on to capture the vibes and more importantly involve the community some more. We had a go at it at last Thursday night’s EOMM and it was a lot of fun! I’m looking forward to seeing where this goes.

PS: We’re using one of my loops in the video (the one behind the interviews). Yew!

Posted in Cars, Zen Garage | Comments Off on EOMMeetThePeople Feb 2016 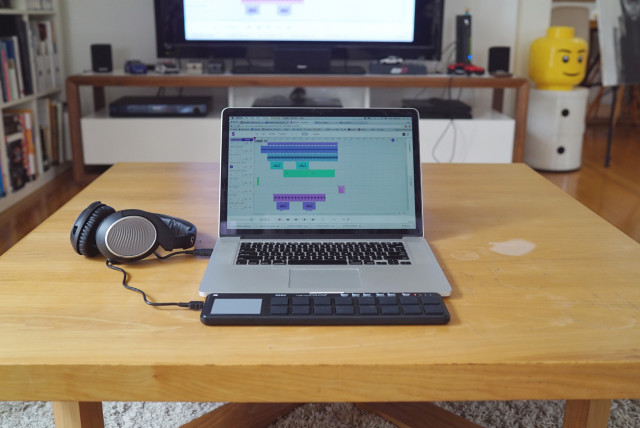 The perfect “BEFORE” shot. Pretty sure this is gonna change over time! 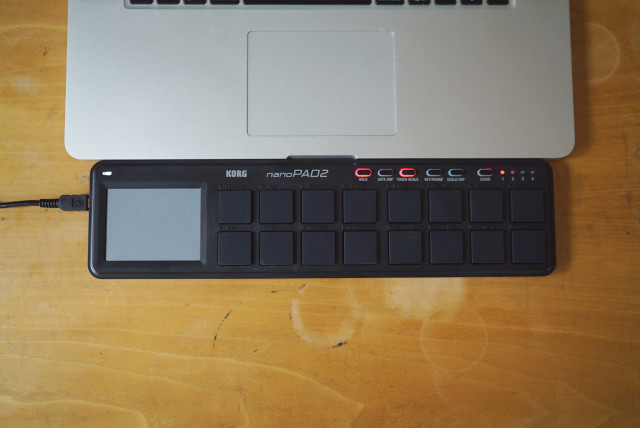 My first controller, a Korg nanoPAD2.

I was kinda hoping I’d get back into painting this year, but noooo. Looks like the music bug has bitten pretty hard. I’ve been meaning to write music again, ever since the band broke up all those years ago. Having a stab at electronic music with Star has me in a spin!

It’s so easy, which makes me feel so guilty. Unlike being in a rock band, you’ve not got to worry about timing, the synching and note/pitch editing and tuning makes it all so ridiculously fun!!!

I was looking around for a midi keyboard and found the Korg nanoPAD2 for $80 at JB Hi-Fi. Ved and I dropped in to Leichhardt to buy it but no, not in stock, Ved then remembered a much larger music section in Paramatta JB so we made the hike out and nope, not in stock! We dropped into another JB, no luck, then Allans Billy Hyde and still no luck, but Ved was on a mission, and when he gets that way… LOL, it’s a force to behold!

There was one more shop to try; Drum Factory. The shop was above the Guitar Factory, a dark jungle of cables and racks of blinking gear. This older guy in a Korg T-Shirt appeared out of the mist and when Ved showed him a photo of what we were looking for he vanished again only to come out with one in hand. A fair bit more expensive than JB, but hey I’m happy to support the smaller shops AND have it in my hands to play with!

PS: I’m laughing at my minimalist “set-up”. So far; my MacBook Pro (it’s a good start actually), the Korg nanoPAD2 and some Sennheiser HD 471i closed headphones. I’m laughing because I’m sure I’ll acquiring much more gear (it’s inevitable!!!).

Posted in Music | Comments Off on Home Recording Studio 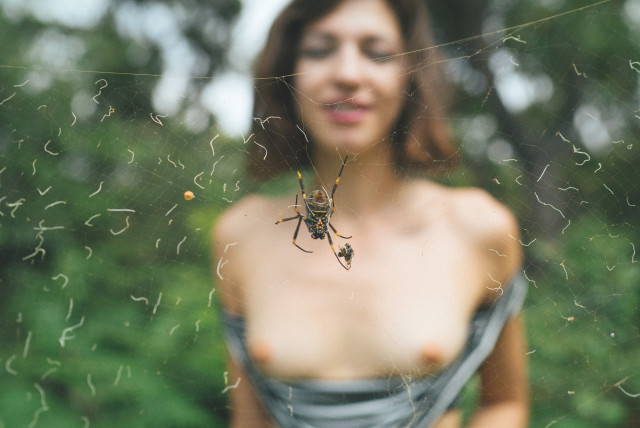 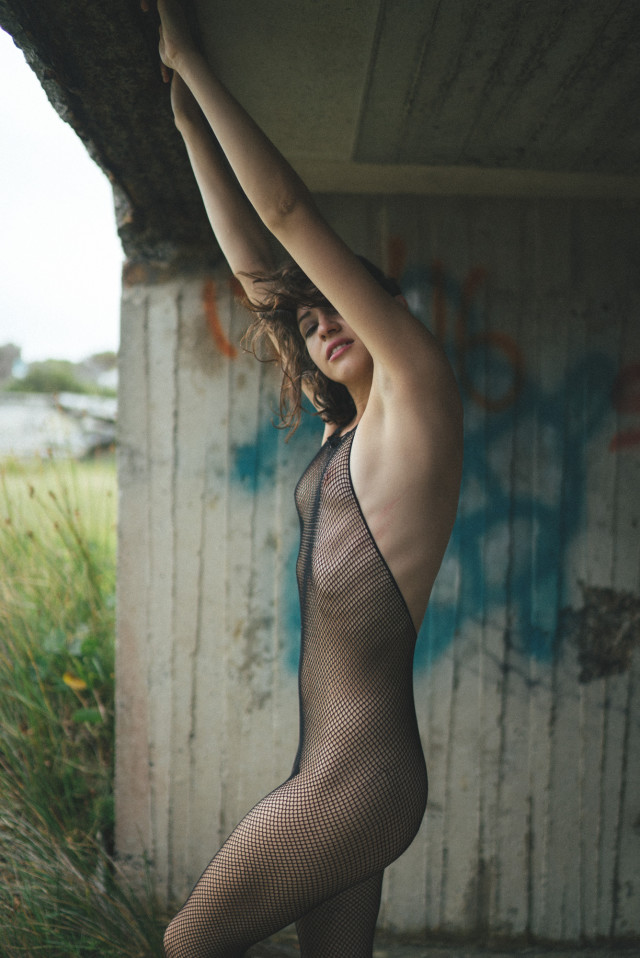 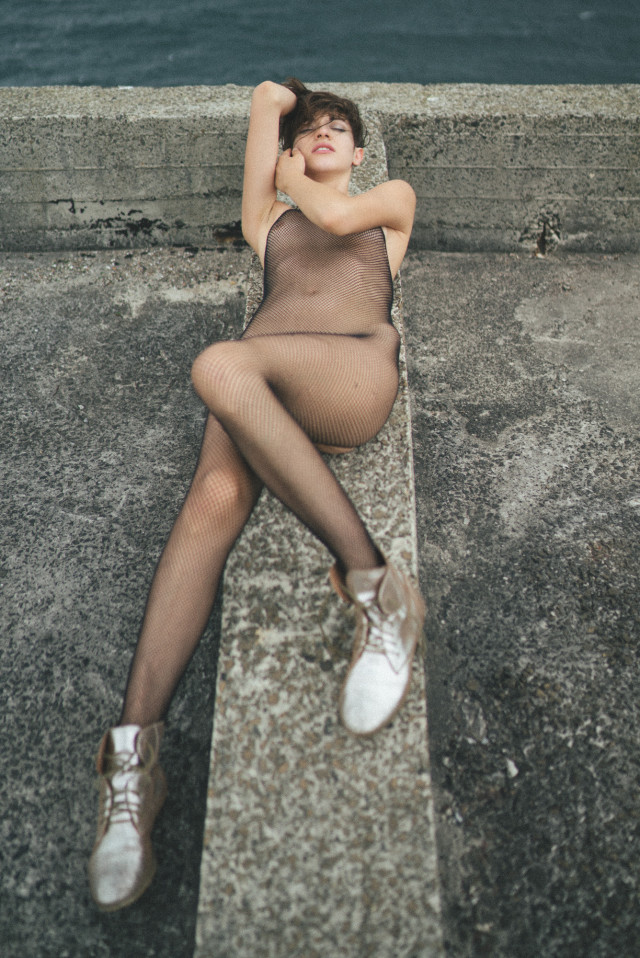 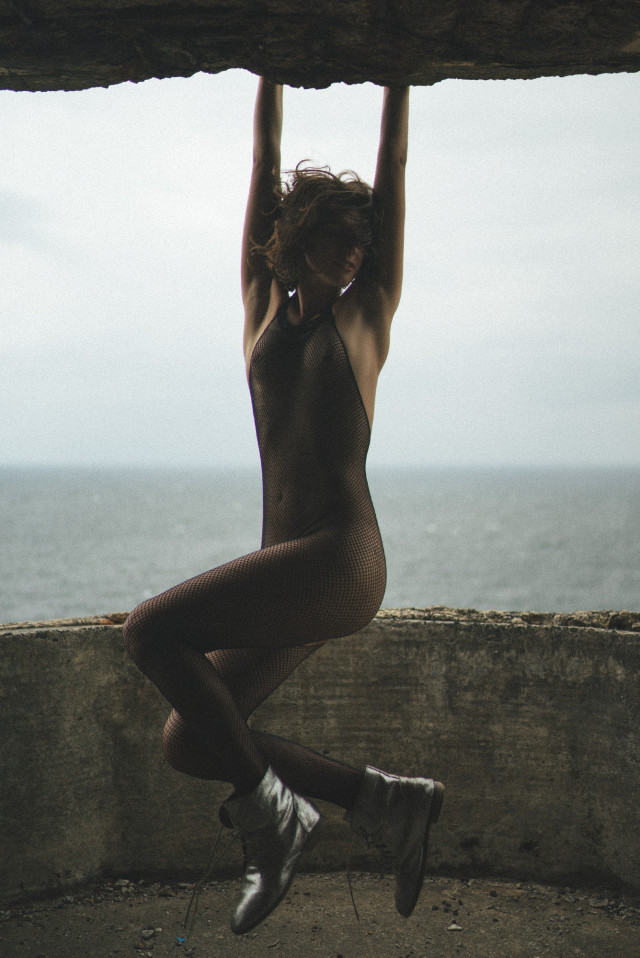 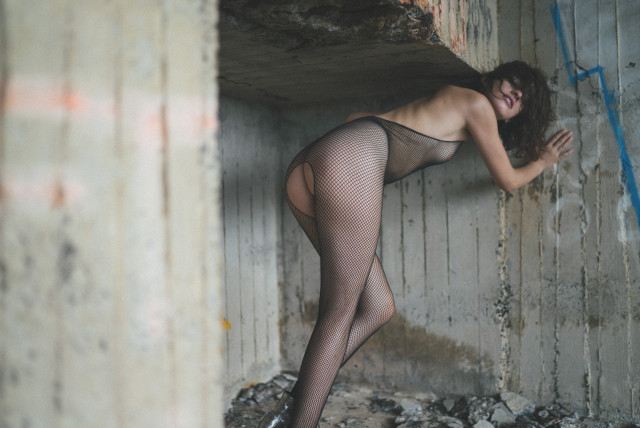 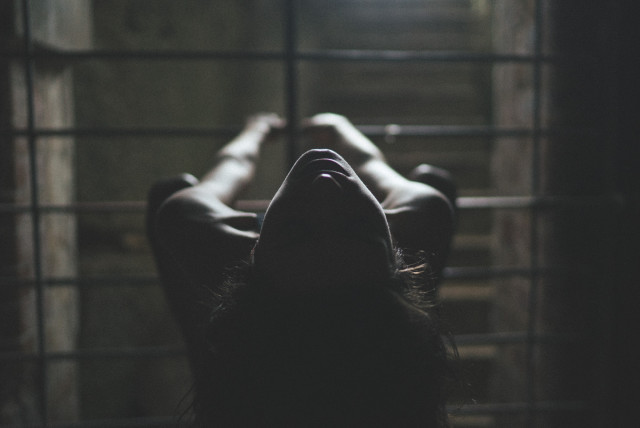 I shot again with Donna today. She’s a New Yorker who I shot with when she first landed in Sydney a few months ago, but she’s now living in Melbourne studying Burlesque (very cool!).

We shot indoors last time so this time we thought we’d shoot out. Super happy with how the shots came out. Something happens when I get to shoot an Artist. I forget about the grid, and shoot more freely. The shots Donna and I took today are largely unedited; some shots need a little rotation, I could edit out skin imperfections and holes in her stockings too, but I’ve chosen to just leave largely “as shot” and it feels good.

Full Set on my folio. 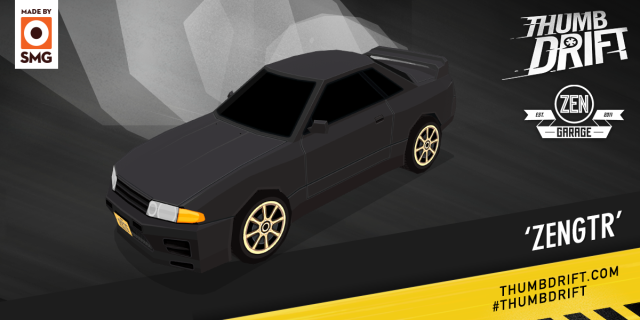 Thumb Drift is out! Had fun providing these guys with a bit of consultation on development of the game. My GT-R is in it too, and it’s FREE! Find it in the App Store!

Posted in Cars, Zen Garage | Comments Off on Thumb Drift

A Visit to Family Land 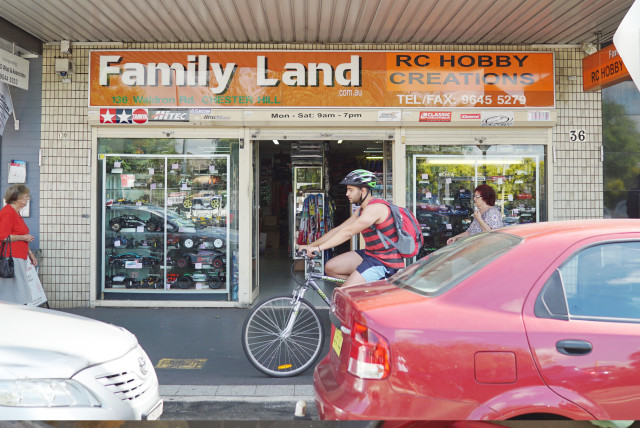 Old school cool! As soon as I saw the shopfront I giggled with excitement. I also noted; hilarious that at some point someone probably got a bit nasty and forced these guys to add the “RC Hobby Creations” to their signage. 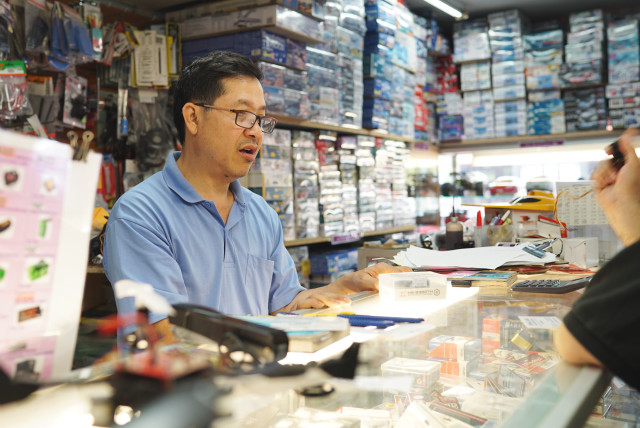 The owner Van Huynh has been in the game for a long time, and his enthusiasm shines as soon as he opens his mouth! I can see why Ved’s been a loyal customer for 10 years! 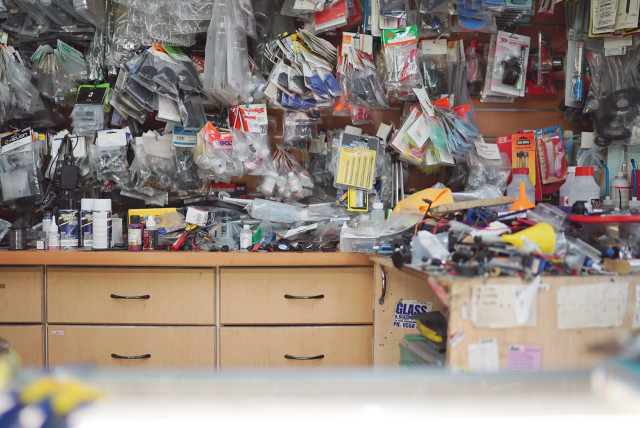 Van runs the shop right. Unlike a lot of new shops, he still stocks all the little bits for all the years. It’s all on show too, which makes for a packed out little shop, giving it that new old stock overseas hobby shop vibe. 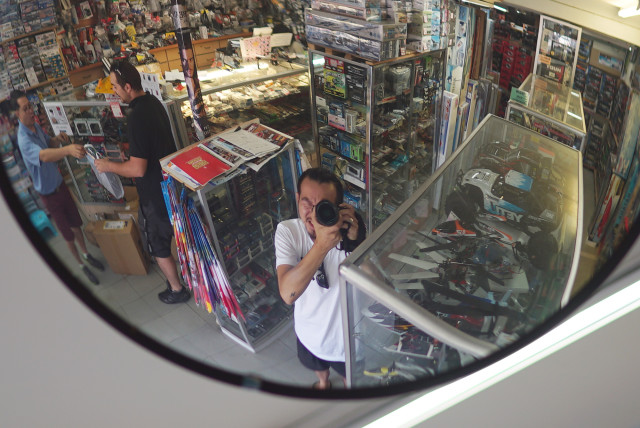 Today I tagged along with Ved from Selectnine, who was after a replacement servo for his Kyosho MP9-TKi2 RC car. I knew I was in for a treat as soon as Ved said it was a bit of a way out, that’s SO Ved! I instantly assumed it was going to be a rad old school hobby shop so I was 100% in. Fuck yeah! Adventure time!

I brought my camera along and took a few shots. Hope you get a kick out of the shop visit as much as I did. If you’re interested in checking out the full feature, visit: http://www.zengarage.com.au/2016/02/a-visit-to-family-land/ 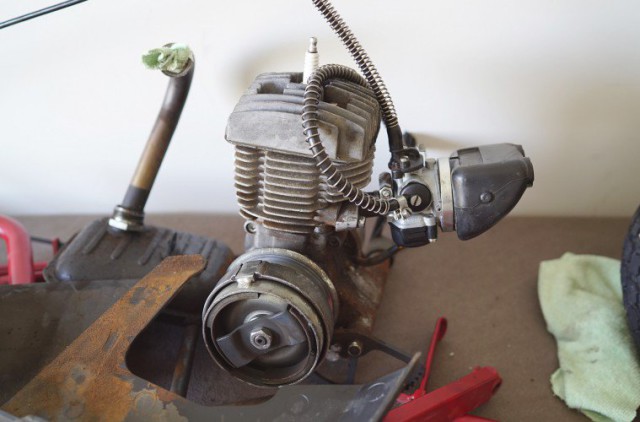 We’ve made slow progress on our little Di Blasi, but we’re cool with that! The bike is in bits. From here we’ll clean everything up, the engine, the wheels, we’ll strip the frame back and prep for paint, which should all be in the next update!

Posted in Bike | Comments Off on Di Blasi update 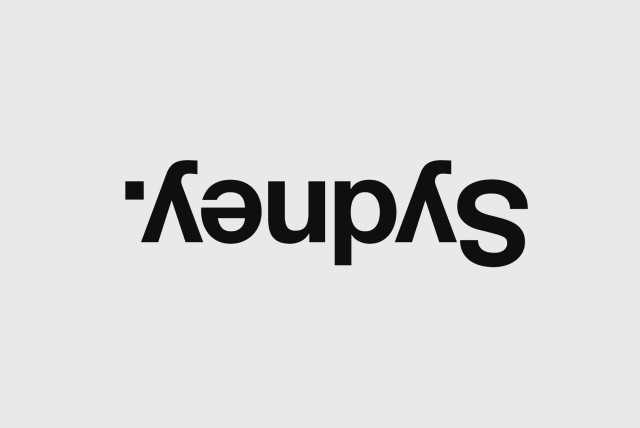 I’ve been threatening/dreaming/meaning to move to Melbourne for so long, that coupled with all this sad Sydney shit going on, I’m thinking about moving more than ever.

I figure I’ll be living in a great city that supports creative culture, and visiting Sydney would be AMAZING. It would feel like the same old Sydney I love, almost. I could just enjoy Sydney without the politics, then fly back “home” to Melbourne and do what I do.

I’d still have an issue with potentially getting a criminal record (which could make flying overseas difficult) for traces of the weekend in my saliva whilst driving, that started in Melbourne right? Not sure how I’m going to get around that one without leaving the country.

Right now I just feel like I’m backed into a corner, but I’m pretty sure that’s what they’re trying to do to Sydney; Kick people like me out and make it a safe pleasant “vibrant” place for people from overseas to visit. Me being someone who was born here and loves this city so much. Me being someone who is so grateful for all the amazing (now illegal) experiences I’ve had, all of which have shaped me to the person I really like being today. 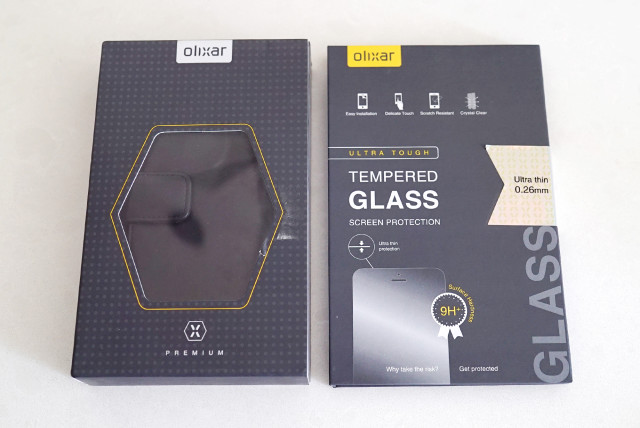 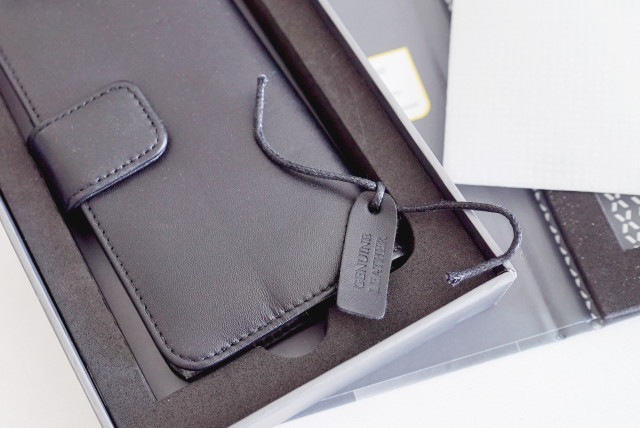 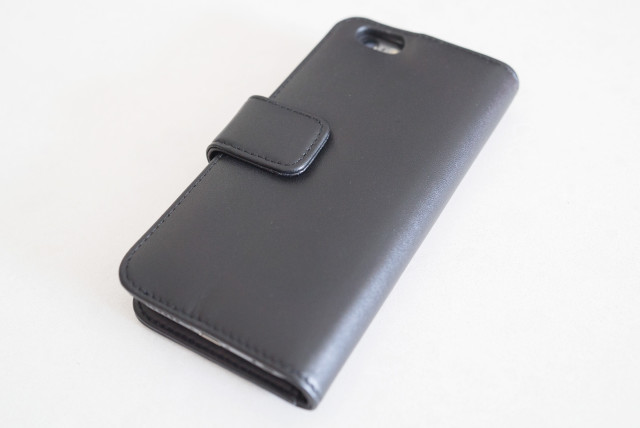 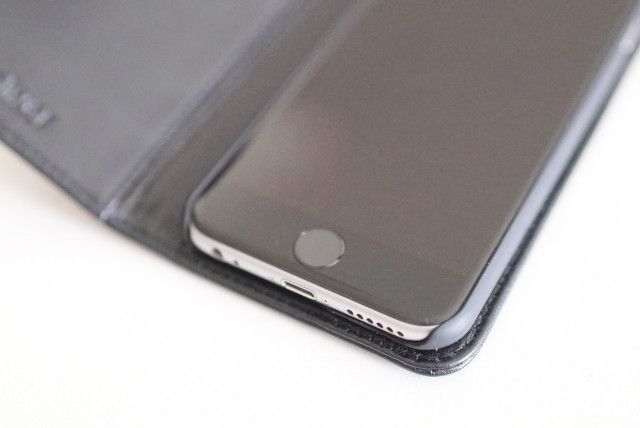 I’ve had my iPhone 6S since Christmas and I love everything about it except the shape. I really miss the more masculine feeling and looking sharp edges of the 5, and damn this thing is so slippery I’ve already dropped it twice!

I thought about a wooden case, and also just a simple rubber case, but then I thought I’d give this a go in an attempt to not carry a wallet around anymore.