From my hang with Luci Fang earlier this week! Video by Nick @ Spacewalk: www.spacewalk.com.au

Posted in Photography, Zen Garage | Comments Off on BTS Shooting with Luci Video 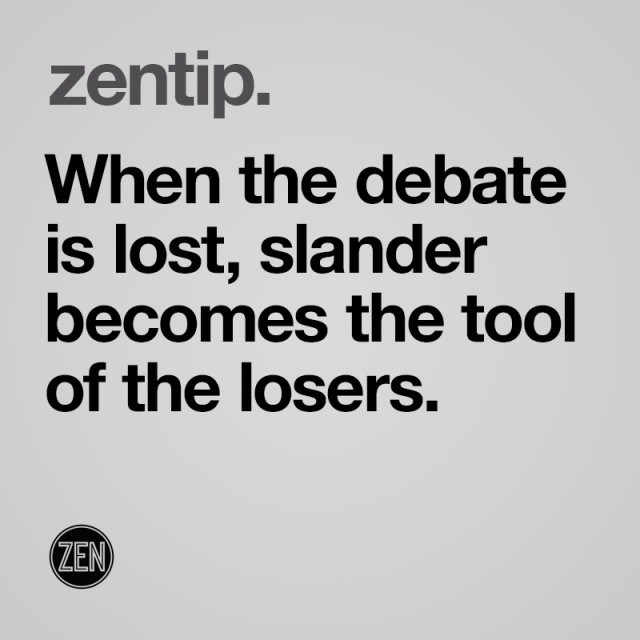 Posted in Zen Garage | Comments Off on #zentip 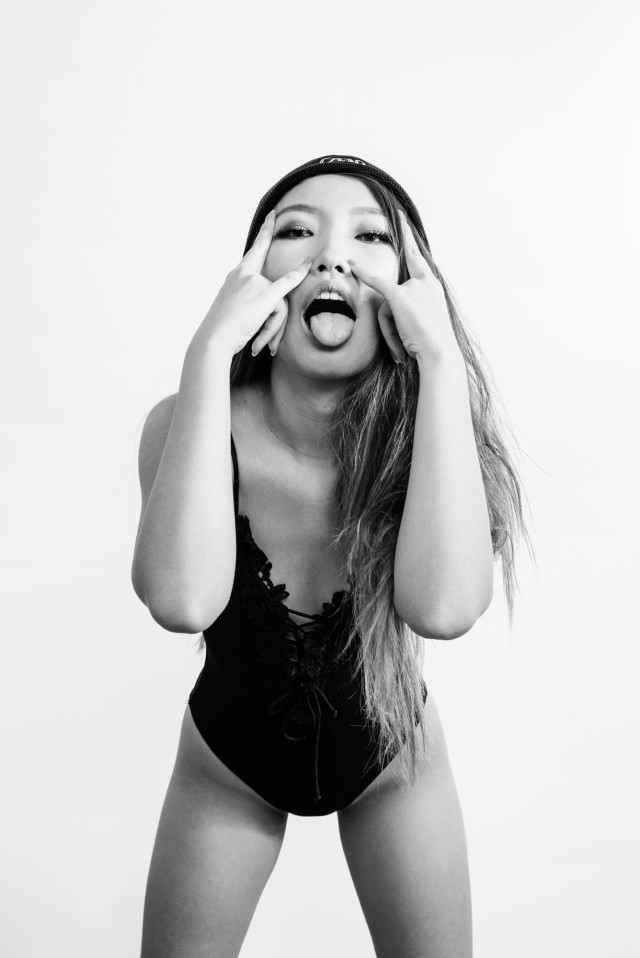 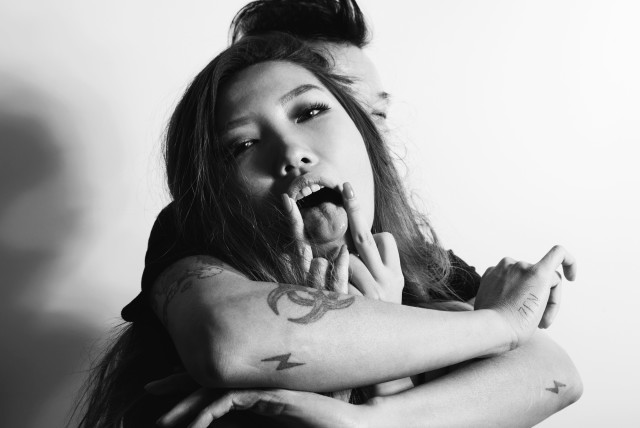 In the mood! Dug up these shots that Nick took of Luci a while back and thought I’d edit them too. 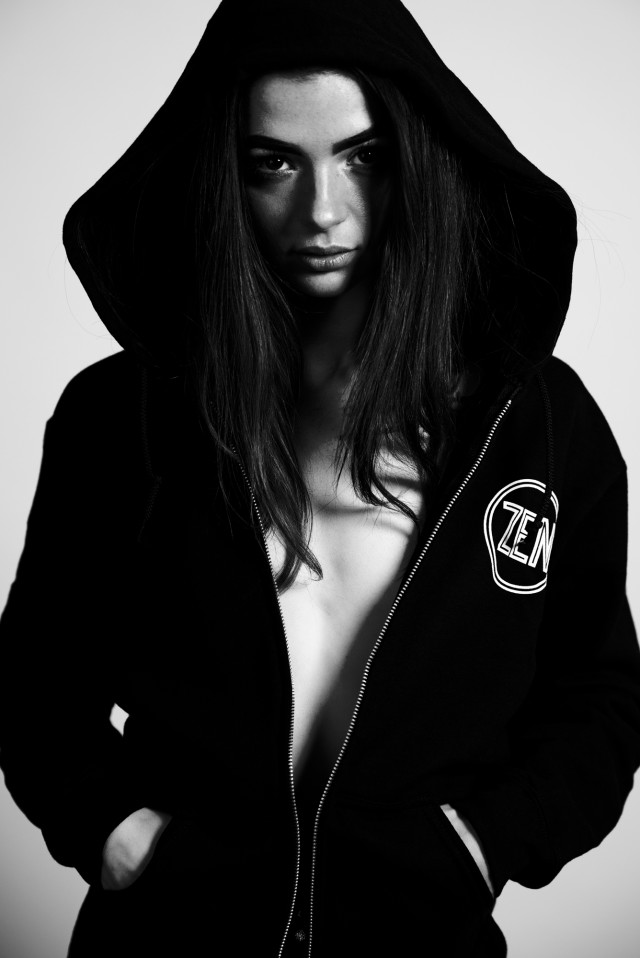 Really happy with how this shot of Abby turned out. SO on brand! Shot by Nick Turner, dark AF edit by me. SHOP: https://shop.zengarage.com.au

Interview with The Design Kids 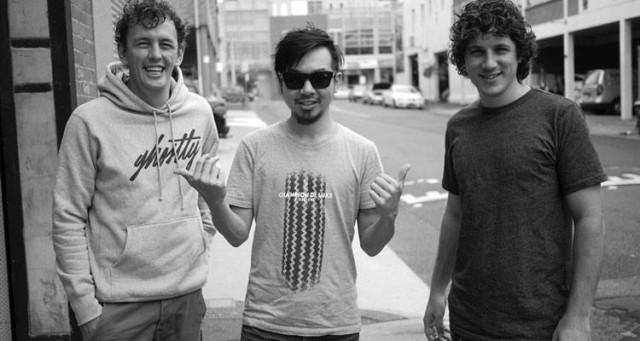 Just ran into this feature on TDK. I quite enjoy re-reading interviews I’ve done years after! Sure, sometimes I put my foot in my mouth, but hey, I’ve always seen contradicting myself as a growing thing!

We are super stoked to chat with the very modest Justin Fox. As the creator of Aus Infront 15 years ago (15!!!), Justin knows our industry exceptionally well and has some great tips for students. His email signature has founder of no less than six different companies and two years ago he put all his passions into one big melting pot – Zen Garage. Enjoy!

Tell us how you got started 15 years ago with Aus Infront, and what was the goal?

Thanks for the kudos! After design school (BA Design UNSW COFA) I landed an internship with a small company who later put me onto a larger company. I hung out with my project managers and bosses at lunch rather than other people from creative departments. Project managers got sacked a lot, they then were often recruited elsewhere and because they liked me, they would call me from new places I’d never worked at before. I ended up being a freelancer doing lots of overflow work for various companies around Sydney. I had so much work on that I ended up starting DFM Design Fix Media; a small company of 4 which took on overflow work from various agencies.

At this time I was pretty unhappy with the lack of energy and networks available to younger digital designers in Australia so together with some close friends I started Australian Infront. My first community (I run quite a few these days!). The mission was to inspire young Aussie designers to stop thinking that they had to go overseas to make it, and also to stop copying design work being done overseas and instead take inspiration from our own backyard in order to be original, be proud of being Australian and create work which would rock the global stage.

What have been some of the highlights over the last 15 years?

In all honestly I feel like there’s almost no need for Infront these days as our mission was achieved. Since 1999 MANY Australian Creatives have made it out there on the global stage. We’re respected, we’re proud. Times truly have changed for the better in regards to Australian Design.

You also have your fingers in many other pies – can you tell us about them?

I had been freelancing as a designer ever since I created Infront, but more recently I’ve been disheartened with running communities which I no longer have passion for. It feels fake, it’s kinda crushing, so I set about working on a new project which combines all my passions into the one project. That’s Zen Garage. We’re almost 2 years in now and I’m absolutely loving what I do (which is the point of Zen, to push whatever it is I’m into at the very moment, every day).

Whats on the table for 2014 for Aus Infront?

It’s a tough time for us right now. Damien Aistrope who does a lot for Infront (that could be an understatement!) has left our shores to work for Microsoft in Seattle leaving Zann St Pierre and I to run Infront whilst he gets settled in. We have started to build up our contributors team though, it’s what we’re going to have to focus on this year (IE: Finding more creatives who are willing to join us in exposing awesome local talent).

Who are the top 5 creative people in the Australian design scene who inspire you?

That’s a really tough question. Ultimately I still take inspiration from the people who have been on the journey with me from the beginning. Domenic Bartolo of 21-19 who co-founded Infront with me, whatever that guy produces, it just blows my socks off. Andrew Johnstone who was also a founder of Infront and went on to create Semi-Permanent, which is up there with the world’s best creative conferences today. Luca Ionsecu of Like Minded Studio. I was an inspiration to him when he was in design school, very soon after he left design school he was an inspiration to me and now I have his work on my walls at home. Love everything he does. Ash Bolland of Umeric who was originally from New Zealand but has been killing it ever since he moved to Sydney. Again, like the others, everything this guy does just blows me away, every time. Nanami Cowdroy is an amazing Sydney based artist with a unique Japanese background. Her work blows me away and I’ve become close friends with her over the past few years.

It varies as Zen sends me out on the field creating content quite a lot (they’re like fun days to be honest! Test driving expensive cars, shooting models, etc.). But a typical day: I get up damn early. It’s an old man thing I’m pretty sure! I have something little to eat to line my stomach before I smash a massive triple sized coffee. I then hop on emails and smash though as many as I can before I head into work at Zen in Leichhardt, which is usually 11am (also doubles to avoid peak hour traffic).

At work I’ll usually deal with whatever issues there are to deal with (usually quite a few). I’ll then Facebook a fair bit. Facebook has truly become a major part of what I do in the day (terrible, I know). I’ll then create content for Zen and other sites I still run, but Zen always comes first. I’ll chit chat with customers to break up the day (but usually I hide in my air conditioned office which is separate to the main shop floor). I’ll do a fair bit of wheeling and dealing with potential client leads. I am responsible for shooting new products that come into the store too and getting them all on our online shopping cart.

Come 5pm I’m usually buggered. I’ll either then go and hang at one of the Broners places (we have a pretty tight group of boys, we call ourselves the Broners as we love each other so much, lol). And that’ll usually lead to food, and perhaps a late night cruise, anything to get my eyes off the screen. I’ll be in bed by midnight most nights.

What advice would you give students starting out?

I always tell students to make the course work for themselves. Answering the briefs they get in order to get as many points as possible is a waste of time. Fact is when they come out their folios probably look the same as every other student in their year. That A3 poster, with the guide dog clip art image… it’s not hard for an interviewer to see what schools kids come from, but the one student who said fuck the brief, I want to create something amazing for my folio, well that guide dog poster is surely going to stand out come folio time!

I’m also a believer in self love. Each and every individual is just that, an individual. You’re different to everyone else so if you were to take inspiration from your self, your past, hell whack a photo of your grandma on a photoshop layer and work it in, it’s going to be a part of you, it’ll potentially be more original than copying someone else’s work.

Posted in Design, Zen Garage | Comments Off on Interview with The Design Kids 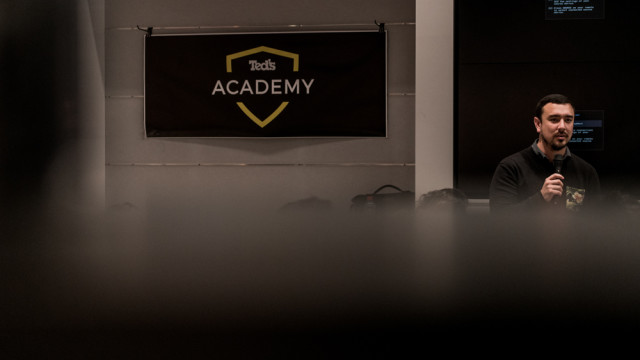 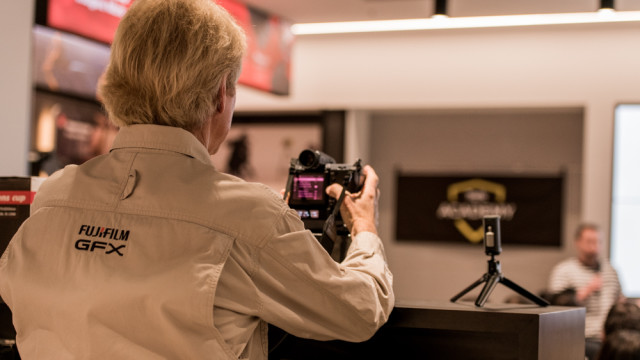 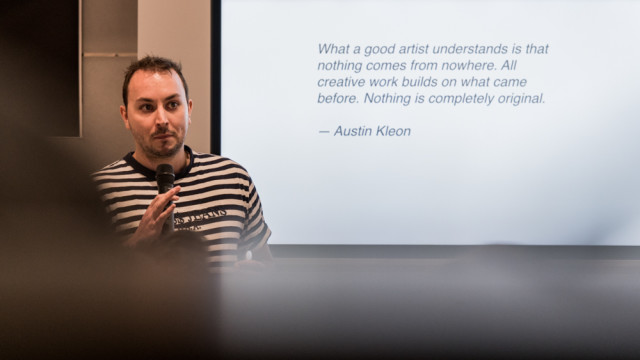 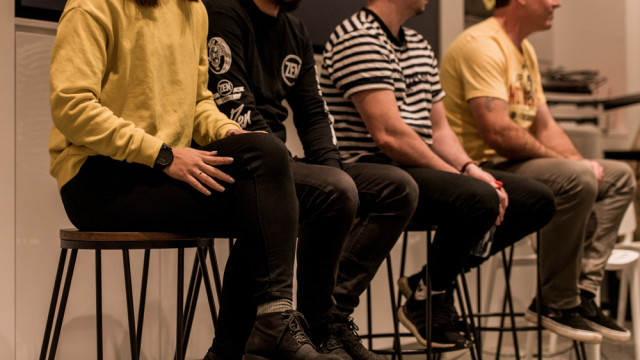 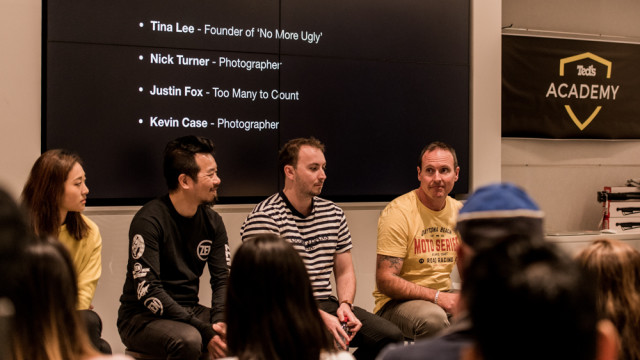 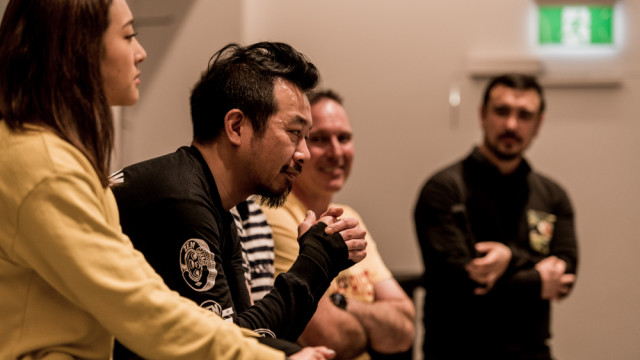 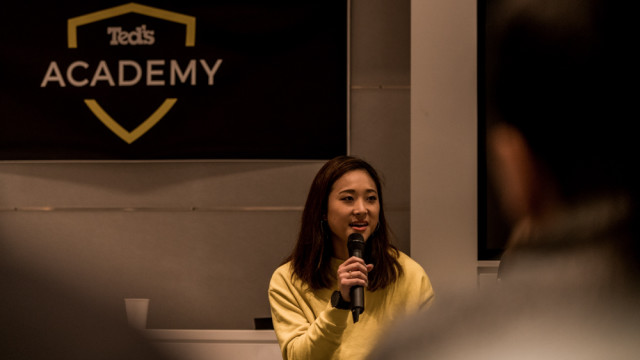 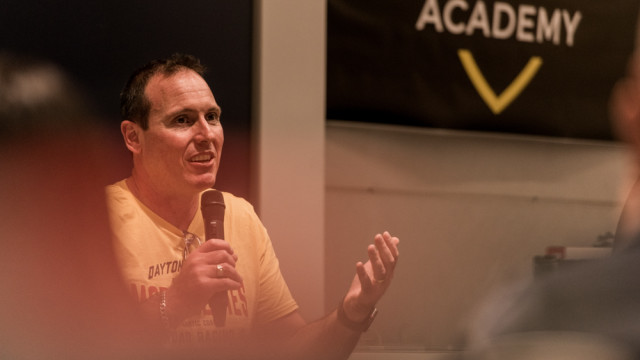 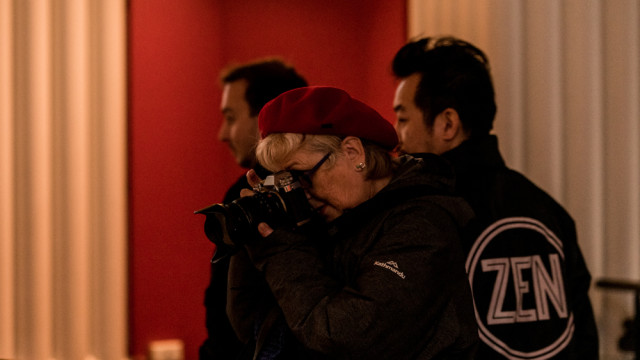 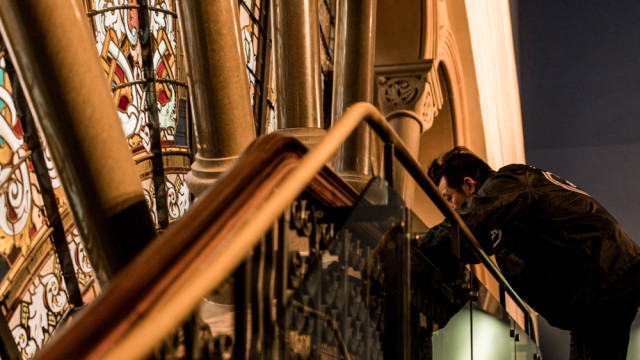 Last Sunday I was invited to speak at Ted’s World Of Imaging as part of a Fuji X Aus panel discussion on entrepreneurship.

First up on the stage was Warwick from Fuji who ran the audience (which was around 60 or so people, small but nice!) through features of the new Fuji GFX 100. 100 megapixels… I’m sure gear heads in the crowd might have been frothing at the specs, but I’m no gear head and I was chomping at the bit by the end of Warwick’s presentation for Nick Turner to get up and do his thang!

And what a thing of beauty Nick’s presentation was. He had half an hour to go through his creative process. I was so impressed with his talk that I’m going to do my best to get him in front of design students in future to do the exact same talk. They need to hear what he has to say! In fact, any creative out there, whether just starting out or seasoned professional, would have gotten a lot out of his slick talk. Sincerely. I loved it. I even think he should make a book out of it.

Next up was the entrepreneurship segment. I was on the panel with Tina Lee, founder of No More Ugly camera bags (check out her bags, they’re amazing! Especially love the all black one), Nick and Sydney based Photographer Kevin Case of MainFocus Photography.

Charlie Blevins, the MC did an awesome job in keeping the conversation flowing. We discussed how we developed the concept for our businesses, how we advertise our businesses, tips for others starting out, other hats we wear in life and what we look for in quality connections. I said nearly everything I wanted to say, and then some.

After the panel discussion we all headed to the QVB for a Photo Walk. Rad! The theme was timeless. You can see the entries here.

Ultimately I had an awesome time and it felt really fucking good to be on the stage once more.

PS: Photos above my Sniper Sam! 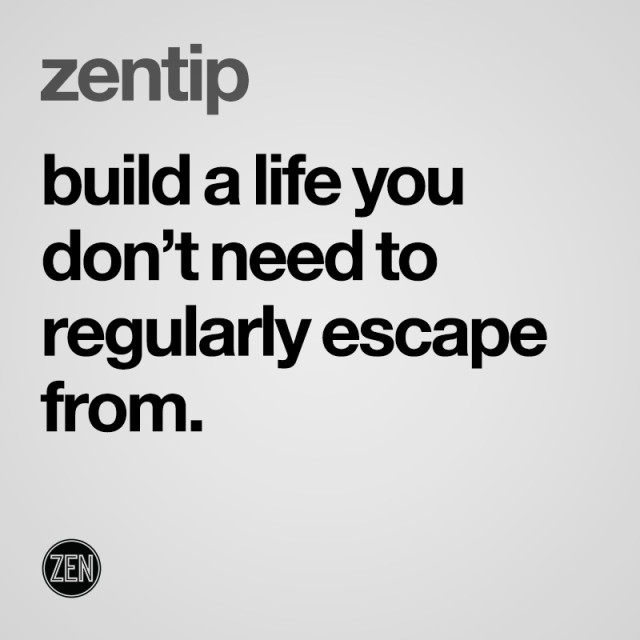 Posted in Zen Garage | Comments Off on Zen Tip 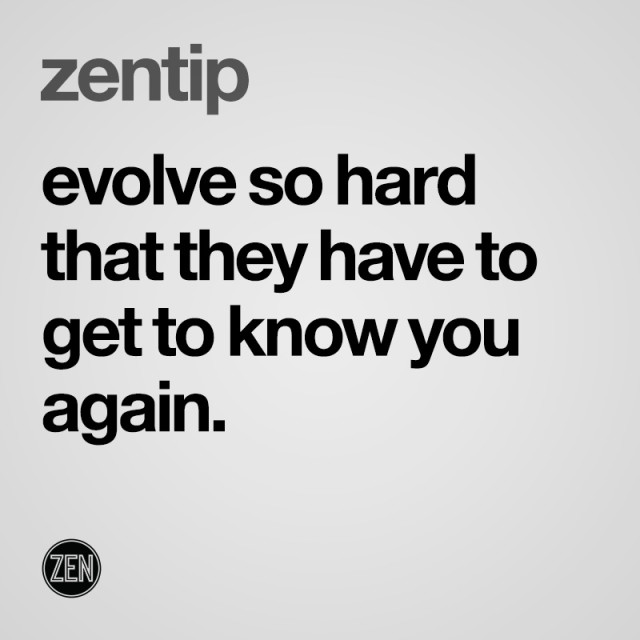 Posted in Zen Garage | Comments Off on zentip 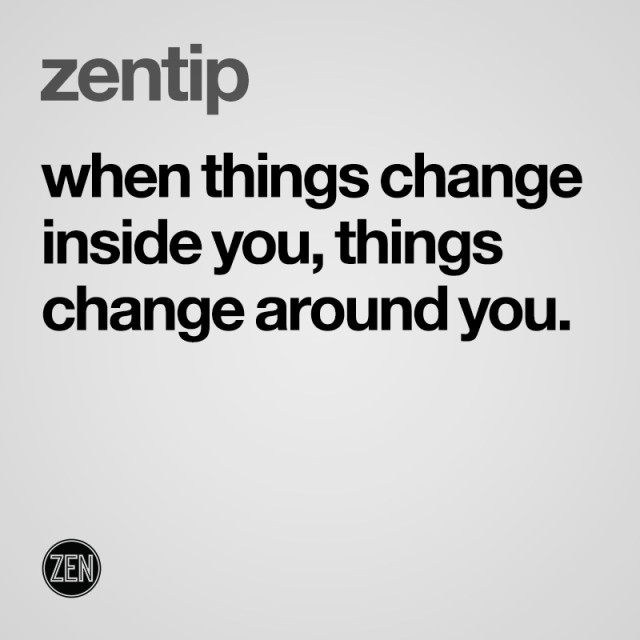 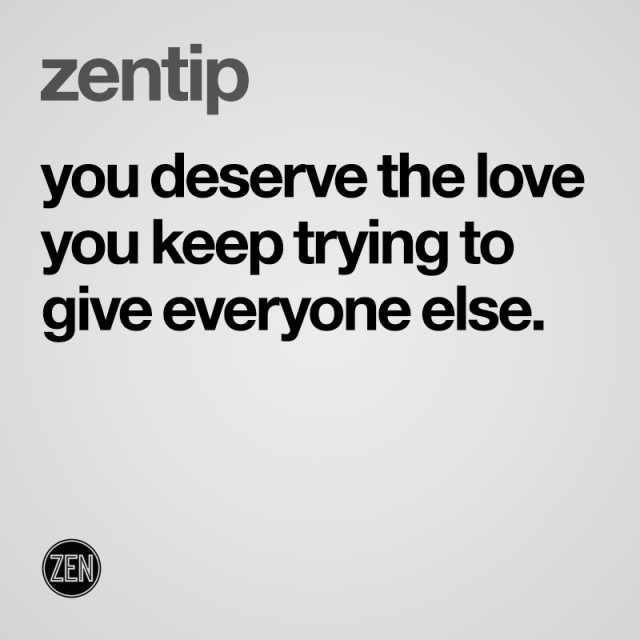 Posted in Zen Garage | Comments Off on zentips

Posted in Zen Garage | Comments Off on zentip