My Monday Morning Rant for the 31st May 2021. In this rant I talk about doing a podcast with almost famous guitarist Chris George, a beast of a guitarist who’s had every reason to have the hugest ego in the world but chooses to be humble. I also rant about really stupid people messaging me about gear I’m selling on Facebook Marketplace. I also chat about Viv going through some spiritual development. 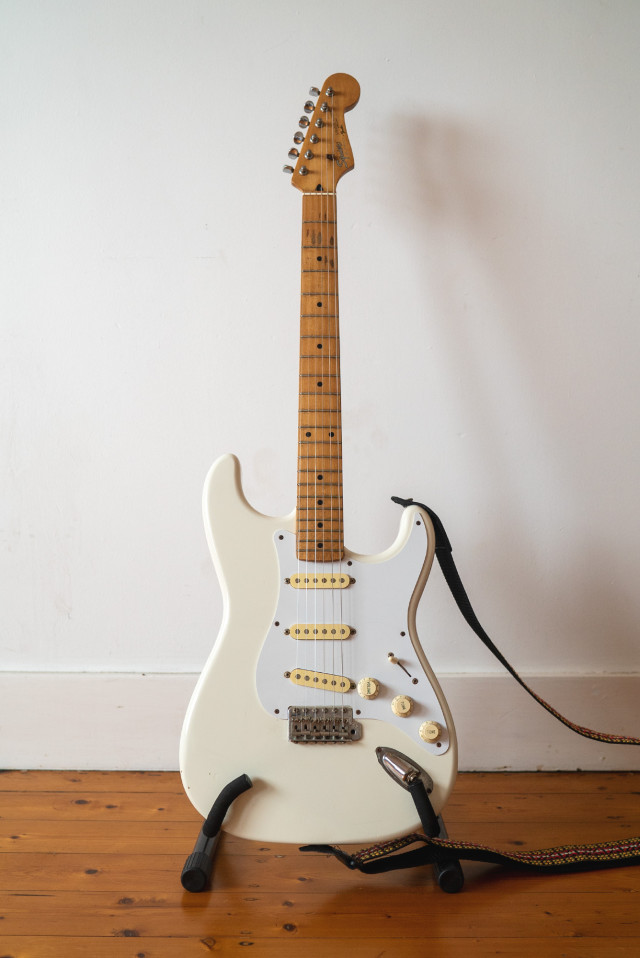 Really does look like Facebook Marketplace is outdoing eBay these days. Last week I decided to sell off a whole lot of guitars and amps I no longer use and put some up on eBay, some on Facebook and I’ve had a shit ton of views and messages (lots of stupid ones!) on Facebook but no bites at all on eBay.

I sold off the Orange practice amp I bought when I was just getting back into playing earlier this year. It went to a really nice guy who lives in my area who’s just starting out. I think he’ll be really happy with the amp as it’s as new, it’s got reverb built in and a tuner too.

I made the call to flip the Japanese Squier back into a right handed guitar as it was just too uncomfortable to play upside down (massive props to Jimi!). I bought it for $300 (with a Roland amp) many years ago and wanted $600 for it. I put it up for $650 thinking people would want to haggle but as soon as I put it up the messages came flooding in so I thought I’d stick to $650 firm.

It sold to a uni student who’s been after a Japanese Squier for some time. It’s his first Strat too. I think he’s bought into a great investment as the guitar will only go up in price from here, and as it’s not a lefty I doubt I’ll ever miss it (ie: if it was a lefty I’d definitely have kept it!).

I stumbled onto Chris George’s ‘The Lefty Guitar Channel’ on YouTube. I watched a few videos, liked, subscribed, but then I thought I’d do a little more and reach out to him via email. Chris replied the next day and was up for a chat so… we made it happen!

Lefty to lefty, we have an open discussion covering various topics including Chris’ YouTube channel, guitar heroes, guitar journey and lefty guitar collection. Hope you guys enjoy and get some inspiration from Chris’ journey. Was such awesome fun to connect with a fellow lefty guitarist on the other side of the globe!

I was made for lovin’ you, baby

The very first riff I ever learned when I first picked up the guitar 30 years ago!

Posted in Music | Comments Off on I was made for lovin’ you, baby 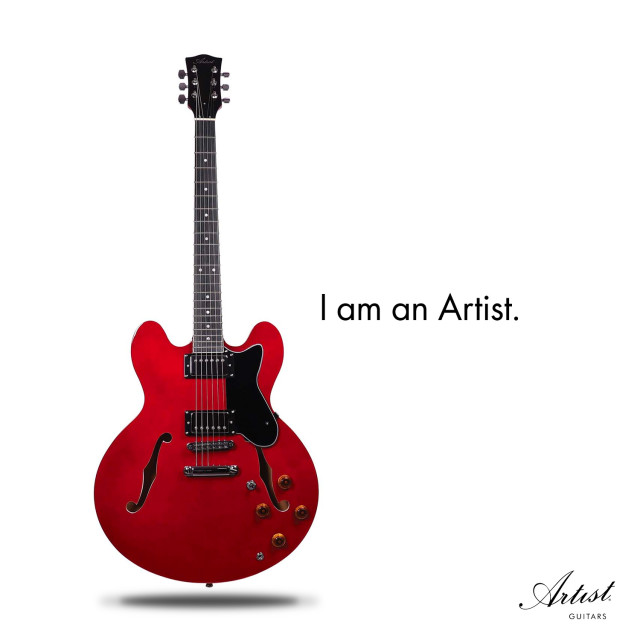 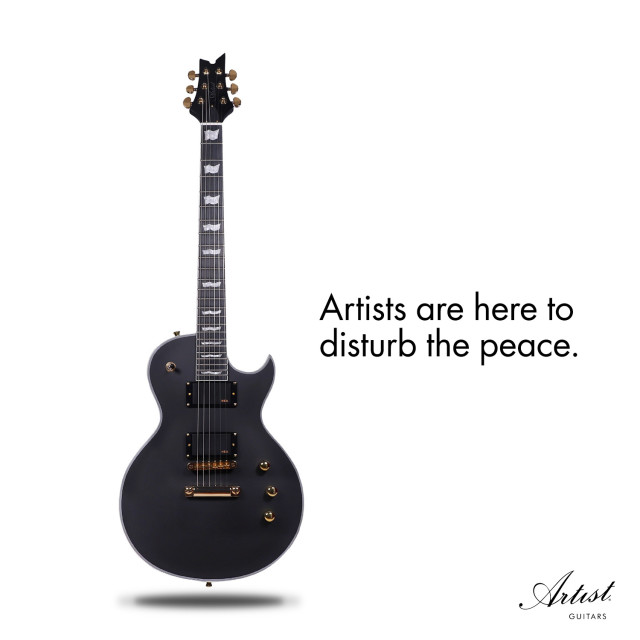 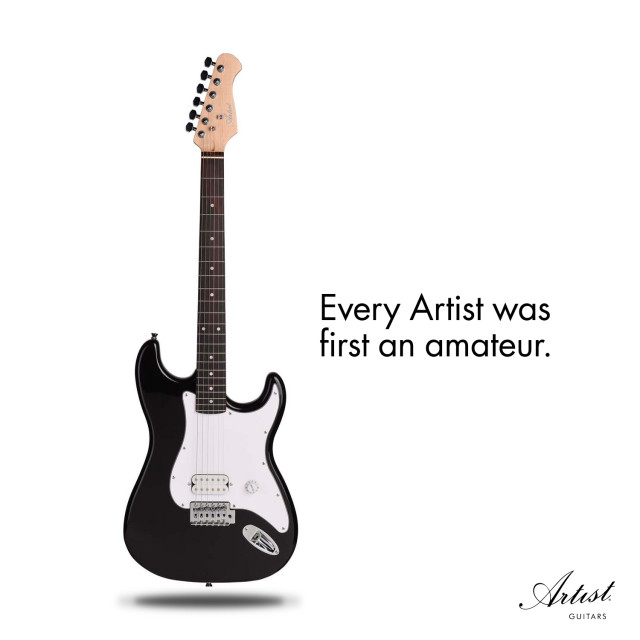 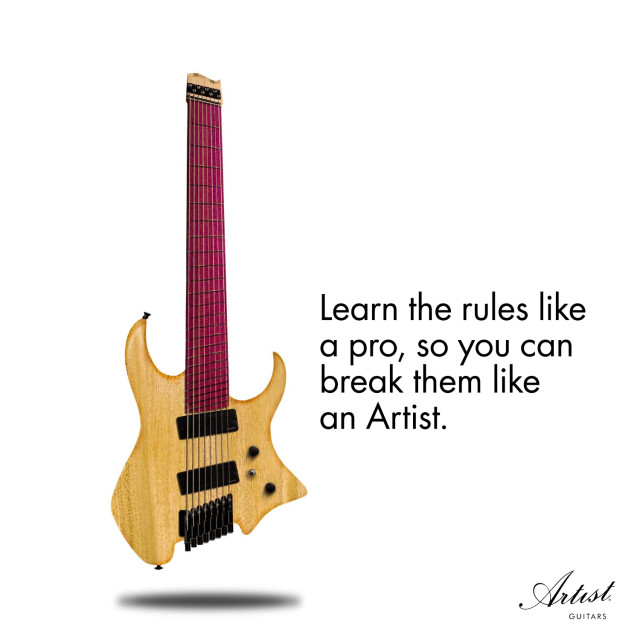 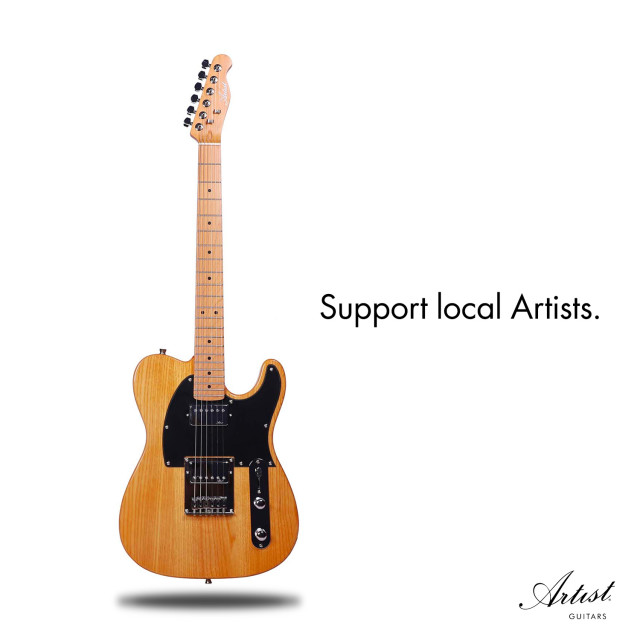 Got my Artist Guitars Design hat on today. Just found Artist on Instagram, love the feed!

Thought I’d have a play on some “square” format images with inspirational quotes which I think would look good on their Instagram feed if they were posted one a week.

Posted in Design, Music | Comments Off on Artist Hat 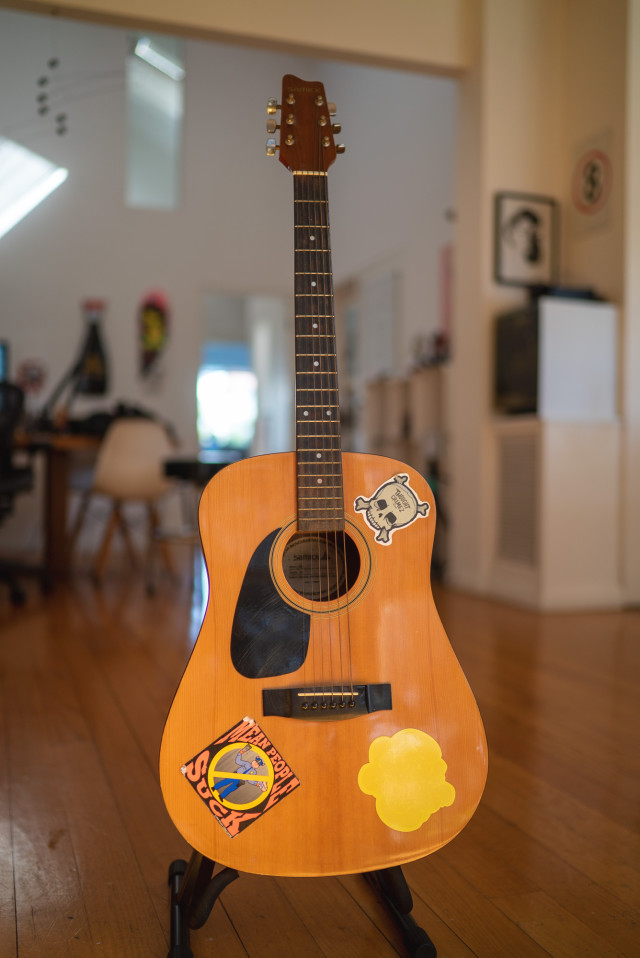 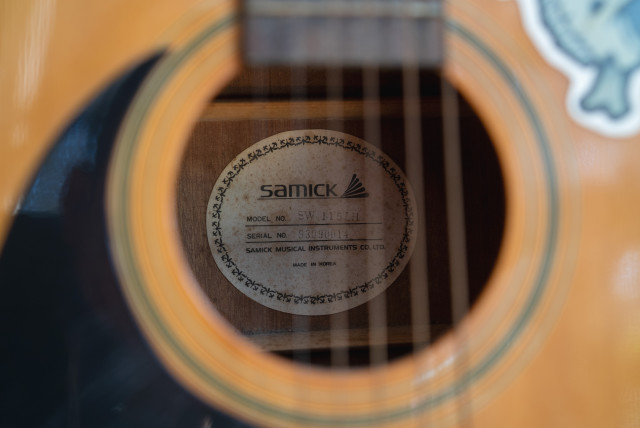 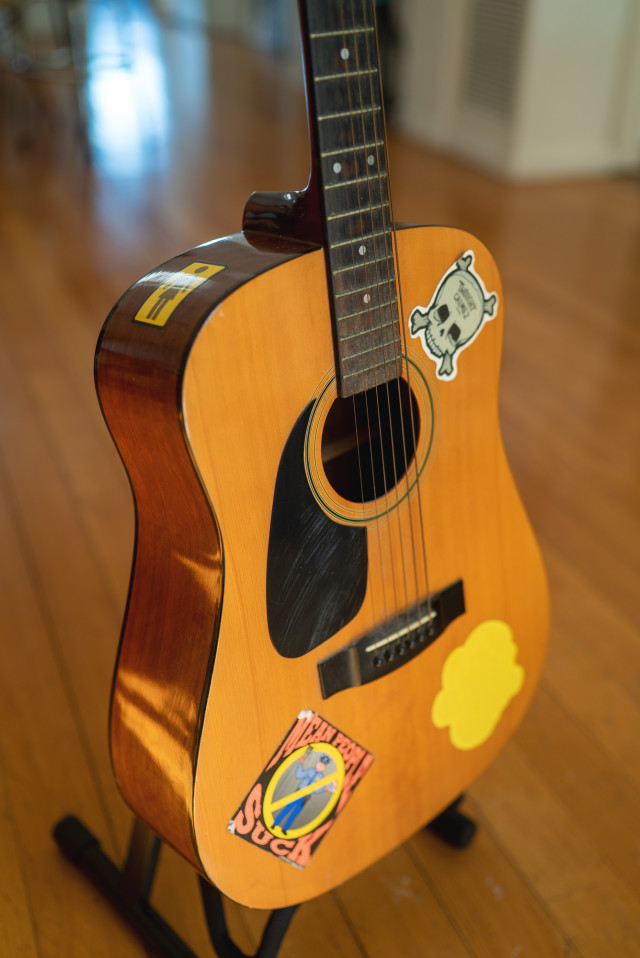 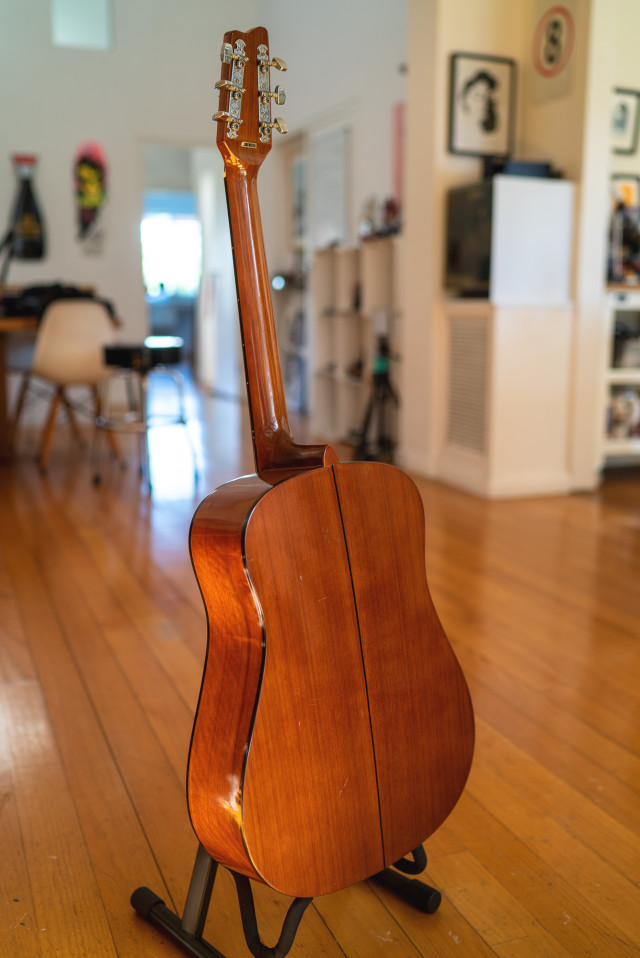 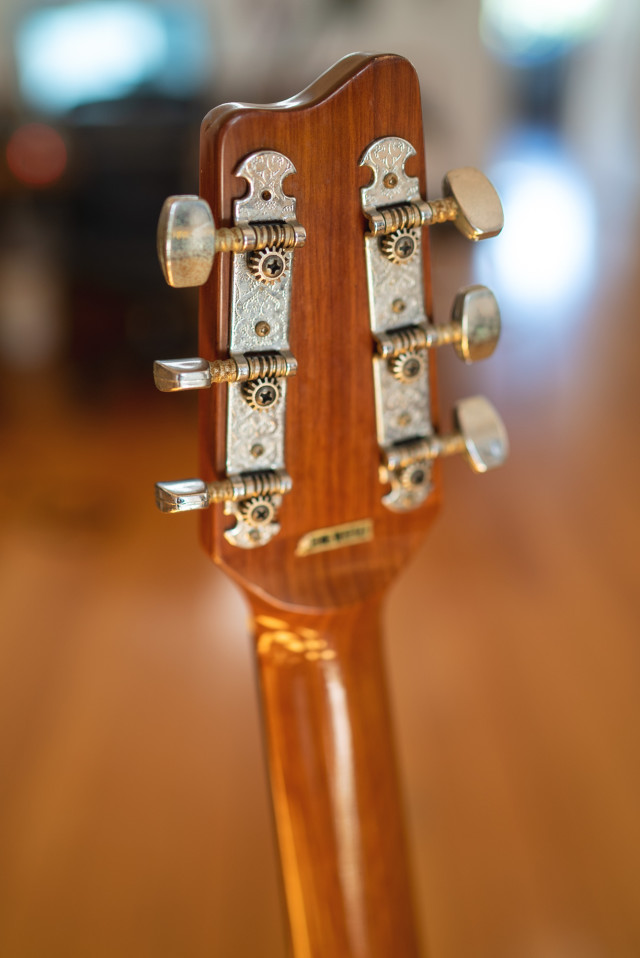 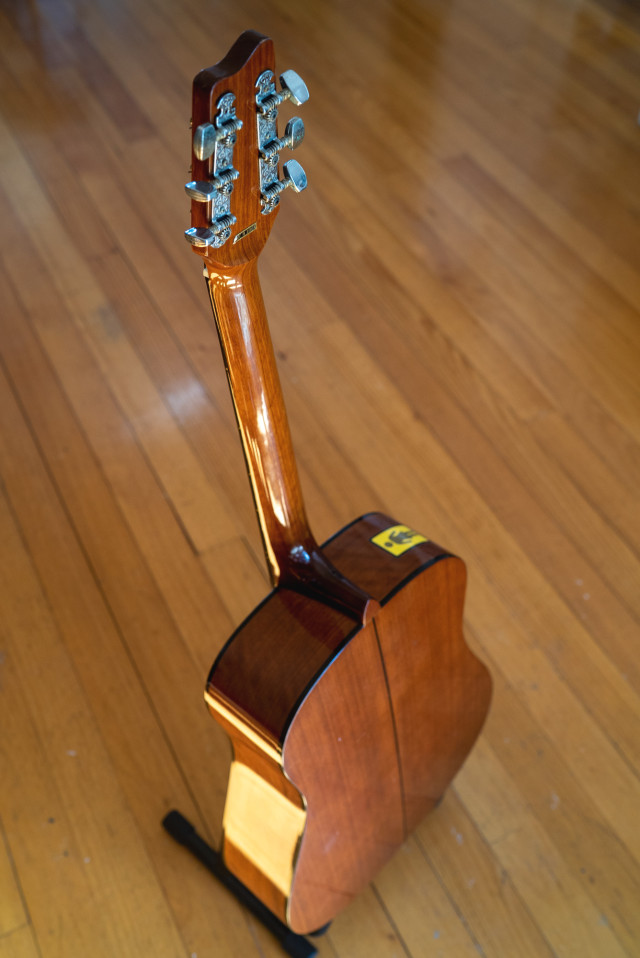 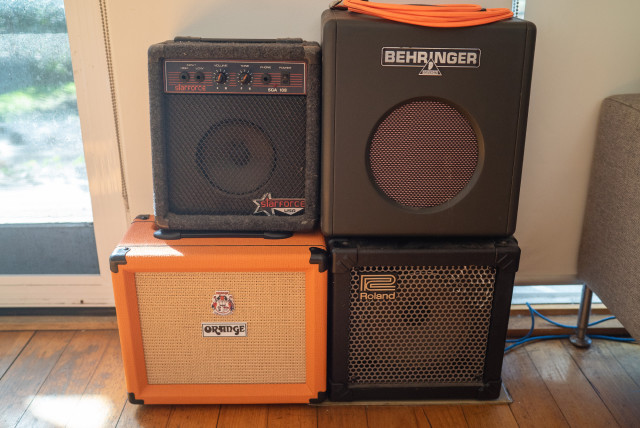 Amps for sale too.

Putting this old girl up for sale. Listing reads:

This is a Made in Korea Samick SW115 from the early 90’s. I’ve had it since then, and have taken it on travels and from home to home over the years and had such awesome memories with it.

The guitar has been sitting unplayed in a spare room for over 15 years now and on taking it out to take photos of it today it was actually in tune!

It’s a solid workhorse, never goes out of tune, plays well, could really do with some new strings and TLC (those stickers have been on the guitar since I was in high school!!!).

Selling a whole lot of my guitars and gear to save up for a real Gibson Les Paul. Not negotiable (if it doesn’t sell I’ll just keep it!). Pick up from Maroubra 2035.

Posted in Music | Comments Off on Samick SW115

Hard work is paying off

Best comment I’ve received so far in regards to my guitar playing. This came from a 56 year old dude on Facebook. #feelsgoodman

Justin I’m into Robben Ford (old) and John Mayer (young), but will always pray at the alter of Aktins, May and Clapton. They’re my three heroes. BTW, Justin, I’ve watched your videos and can say that you’re a handy player. I like the way you flog that bass and mid-range to hammer out a chunky rhythm. Although not my style, I can see your talent. Kinda reminds me of one of my heroes…. https://www.youtube.com/watch?v=uRf3KhJZRzU

Posted in Music | Comments Off on Hard work is paying off 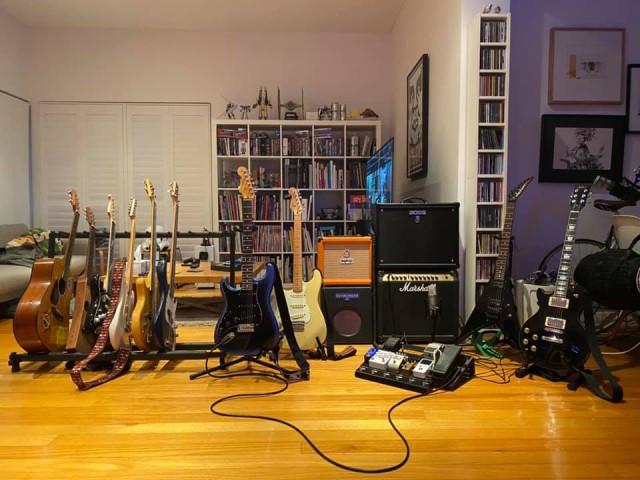 Just a little back story: I was in a metal band in high school and throughout university I was in a 3 piece grunge rock band. In the mid 90’s I got into electronic music (The Prodigy, Chemical Brothers), left the band soon after and in the late 90’s I had pretty much stopped listening to traditional rock music altogether. In 1997 I bought a Korean made Squier Strat and have pretty much played clean (no distortion) since then.

This year I’ve really dedicated myself to becoming a better guitar player. Earlier this month I turned 46 years old and bought myself my dream guitar, a US made Fender Strat. I also bought a budget Strat with a Humbucker in the bridge to see if I could get some fatter dirty tones out of it, but it just didn’t really click. As much as I’ve been really enjoying playing bluesy stuff on my Strats, an itch to own a Les Paul came outta nowhere.

I just bought the most expensive guitar I’ve ever bought (the Fender Strat) so a genuine Gibson Les Paul would have been a stretch. I started looking at the Epiphone Les Pauls but then I came across a whole lot of YouTube videos that took me down the rabbit hole of Gibson’s “play authentic” campaign, quality control issues, Chibsons and in the end I just pulled the trigger on a local designed but Chinese made Les Paul style guitar for $238 Australian Dollars.

Within minutes I realised the effects I was running on my Strat through my Boss Katana didn’t quite suit this LP style guitar, but it didn’t take me too long to realise that all I had to do was plug it straight into my old Marshall Valvestate amp, crank the gain up, no pedals, no post processing and MAN! My Strats could never sound like this! This thing chugs! It’s just brought that whole era of my life back and for the past few days my Spotify playlist has gone from mellow to AC/DC, Faith No More and Guns N’ Roses.

Really happy to break the Strat chain (my last 4 guitar purchases have all been Strats) and really happy to be listening to rock and metal again. More than happy to diversify and entertain owning other legendary guitars in future too, but the itch to own a real Gibson Les Paul is now greater than ever. Time to start saving!

Posted in Music | Comments Off on Back into Rock

I’ve got a ZEN Podcast with a special guest lined up for later this week! It’s been a while!

Dirty Night in with the Artist LP60

Just some dirty tones from my new Artist LP60 plugged straight into the Marshall, all knobs at 12, no reverb, no pedals.