Where is the UNITY in commUNITY?

UNITY in commUNITY is gone. I’ve been thinking about this a lot lately, in relation to the automotive/car community as well as life in general.

A lot of thriving “communities” seem to be all about making money, and a lot of the individuals within these communities seem to be people with a lot of money showing off their “builds”.

I’d love to come back and inspire people to unite once more, but I’m just not sure I’ve got the energy for it.

Posted in Spam | Comments Off on Where is the UNITY in commUNITY?

I’m on The Lefty Guitar Channel!

Podcast with Chris is now up on his channel!

Posted in Music | Comments Off on I’m on The Lefty Guitar Channel!

Shit stirring is what I do best and last week I was full of it!

This morning I rant about the vaccination discussion that blew up on my Facebook profile, challenging an LBTQ Boudoir Moderator on reddit and lockdown.

Posted in Music | Comments Off on Lockdown Jam #01 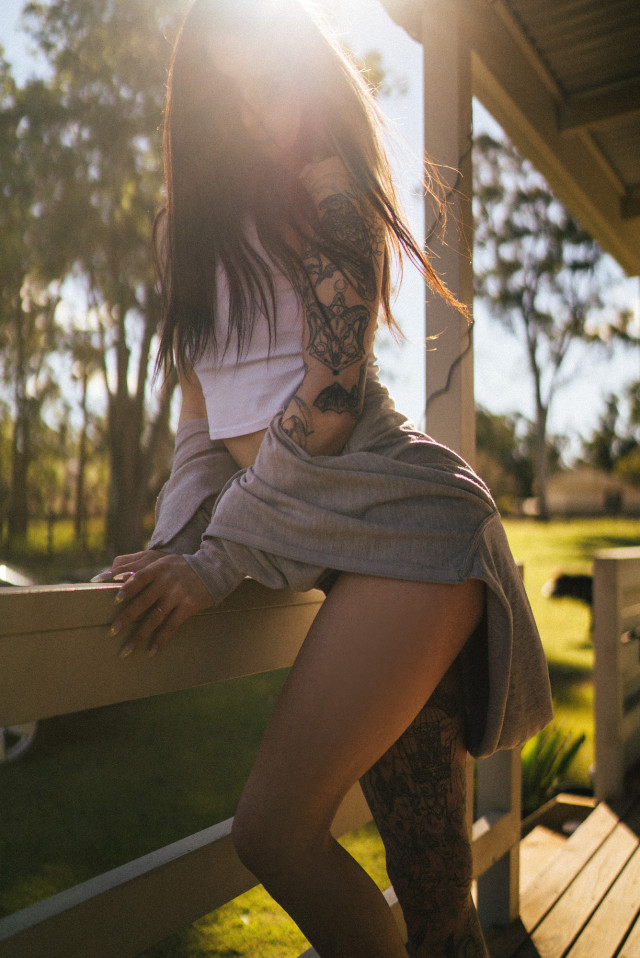 Just one shot from yesterday’s awesome shoot with Abby at her place.

Looks like it’s going to be the last shoot for a while! I’ve sadly had to postpone 4 upcoming shoots due to lockdown. Stay safe all!

Posted in Photography | Comments Off on Last photoshoot before lockdown 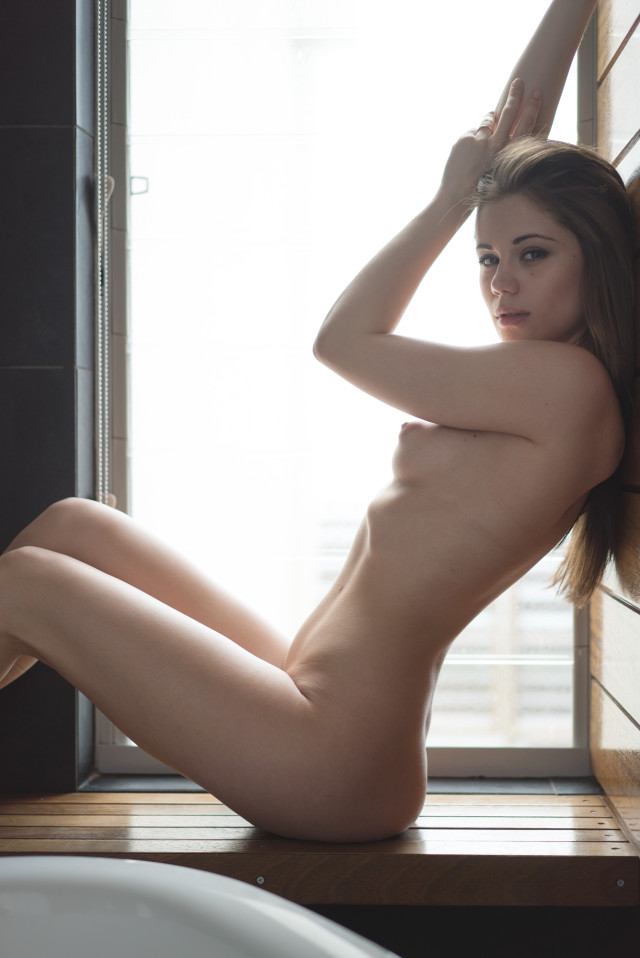 From my shoot with the amazing Marketa.

It took me so long to be more active on reddit as initially I just thought it was a home for negative creeps and trolls, but honestly. I’ve really been enjoying it over the past few years. There’s more of a sense of community there than on any other platform IMHO.

Visit my profile (and the subreddits I moderate!): https://www.reddit.com/user/Justin_Fox

Posted in Photography | Comments Off on My reddit profile

So I had a pretty big win today and I feel quite good about it.

A few months back I had a disagreement with a female moderator on the official r/boudoir subreddit. She deleted a couple of my photos suggesting they were not boudoir, and not empowering women (can of worms). I called her out in public about it and we’ve been civil since but just a few days ago I noticed a pinned post on the boudoir subreddit with the title:

To my surprise it was written by the same female mod I had an issue with. Initially I ignored it, but the next day I couldn’t help but respond. This is what I wrote:

Considering there’s 40,000 members on this subreddit and you’ve only had 6 replies to this pinned post I do believe there is a potential problem, but labelling your audience “filthy bastards” and taking into consideration that surely not all your 40,000 followers are men, nor are they all filthy bastards, probably doesn’t help?

I’m a full time boudoir photographer and shooting is my livelihood. IE: It pays for my bills and food and my work also helps my clients make money to thrive and in many cases survive. As a male boudoir photographer I take offence to being called a filthy bastard, and fail to see how that kind of language fits in to boudoir which (to me) is all about the art and being classy.

I’ve since kicked off my own boudoir subreddit but earlier today I got a message from a guy who was once a moderator of the official boudoir subreddit. He took over it when it had 10K followers and grew it to 37K before asking the new moderators to join as he didn’t have enough time to run it. He’s since found more time and he’s now running a smaller private boudoir subreddit just for professionals. He found the post I posted above and sent me a message to invite me to join. I’m chuffed, and consider it a win!

Just a note to anyone who’s dealing with depression

If you’ve been on medication for an extended period of time and are still struggling, or worse yet, developing suicidal thoughts, please see your psychiatrist and insist that they change your medication.

Speaking from experience, the first medication I was given didn’t work, and despite bumping up the dosage it just made things worse. I tapered off that and was put onto something else which was a world of difference and worked for me almost instantly.

I’d be more than happy to recommend the psychiatrist that helped me if you’re in Sydney. Just send me a PM for details.

Wishing you all the very best. 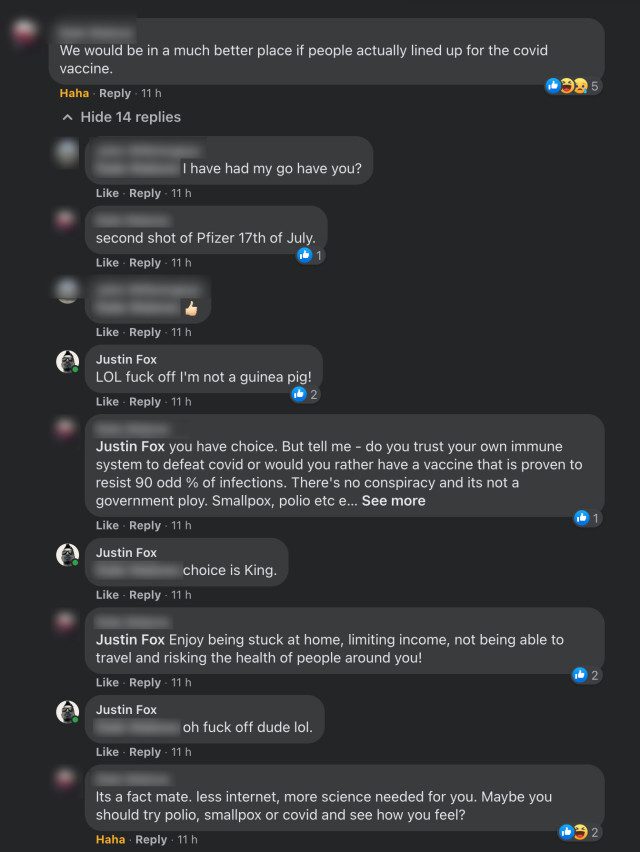 I’ve been seeing more and more people on social media being very proud of getting their COVID-19 vaccination, so proud that they’re starting to put pressure and guilt on those who have not yet gotten their shots, or those not willing to get their shots.

Right now only 4.3% of Australians are fully vaccinated. COVID-19 vaccines are voluntary. IE: You have a choice whether you want to get vaccinated or not. IMHO choice is King and my choice at the moment is to sit tight.

IDGAF whether you choose to get vaccinated or not, it’s your choice, but if you’re going to start blaming me for having to be stuck at home, limiting income, not being able to travel and risking the health of others then you can go get fucked!

Posted in Drugs | Comments Off on The COVID-19 vaccine 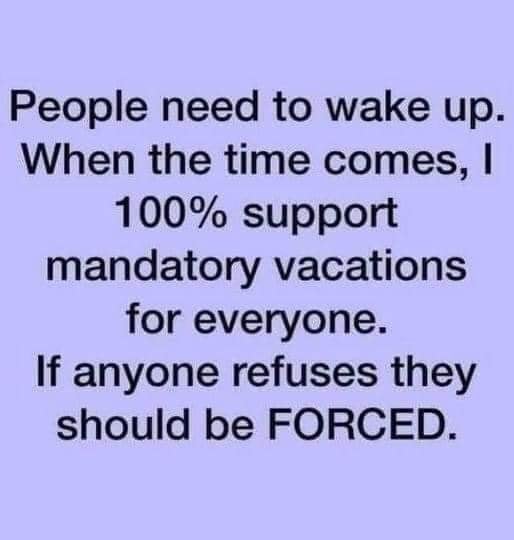