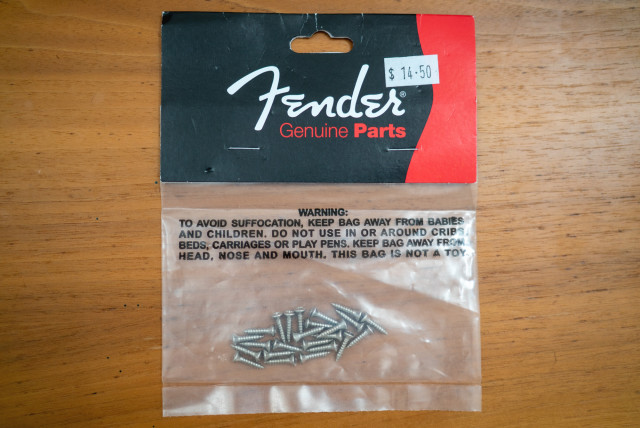 Thought I might as well replace the really rusty pickguard screws though these will rust out just the same in no time. 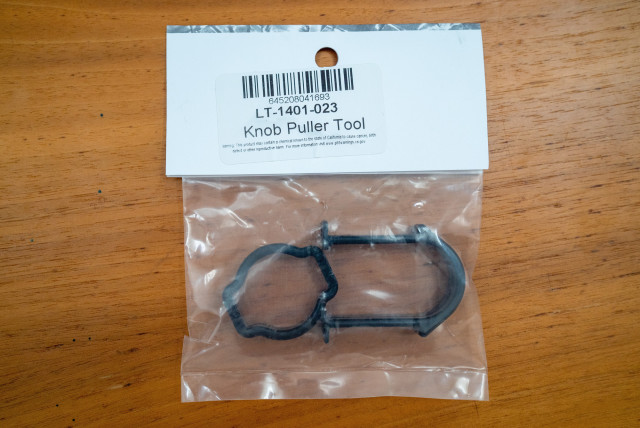 Knob Puller… I impulse bought this cool volume/tone knob remover as I was going to replace the knobs with really offensive neon green and pink ones. I impulse bought those too from eBay China and they were the first thing I purchased, and most likely will be the last thing to arrive! 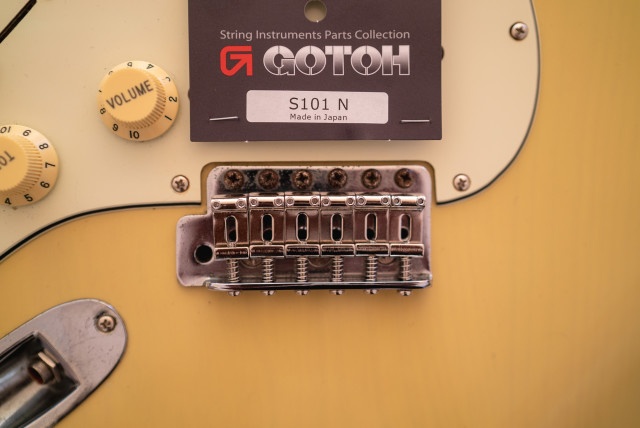 Since one of the Fender saddles came fucked from factory I got a whole new set of Gotoh saddles instead. Made in Japan vs Made in USA? I’d go Japan every time! These were perfect. 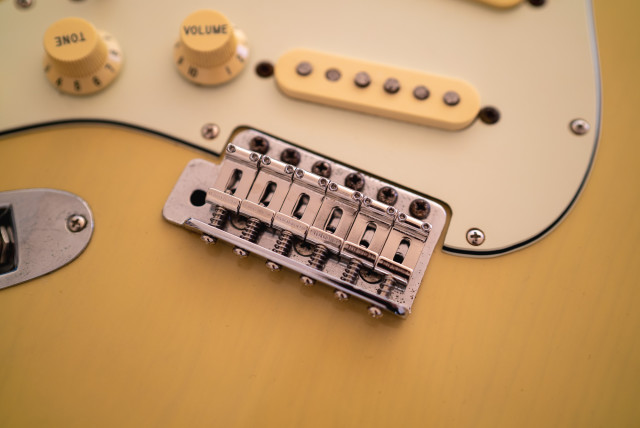 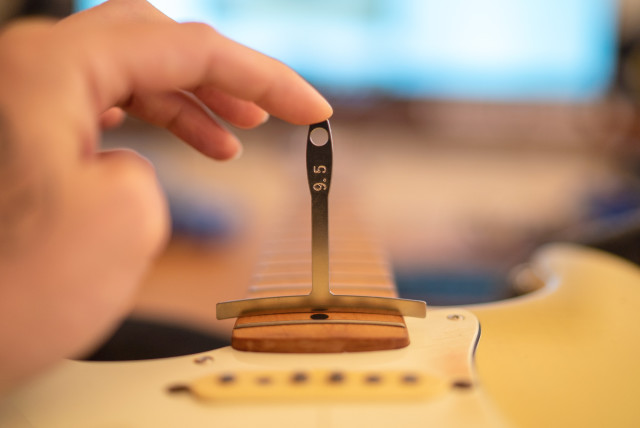 I bought a set of understring radius gauges to tell what radius my neck is. 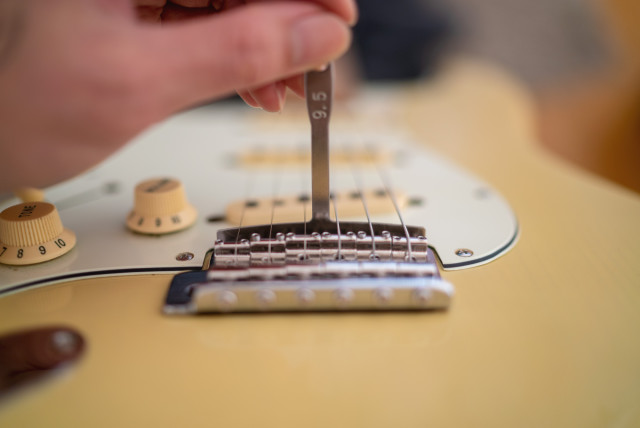 The gauge helped to set the string action and saddle heights too. 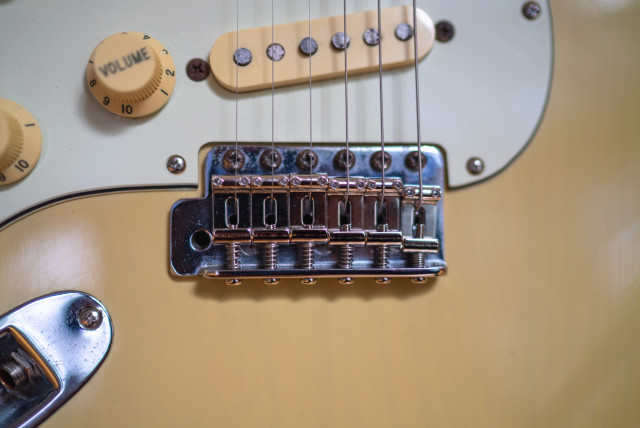 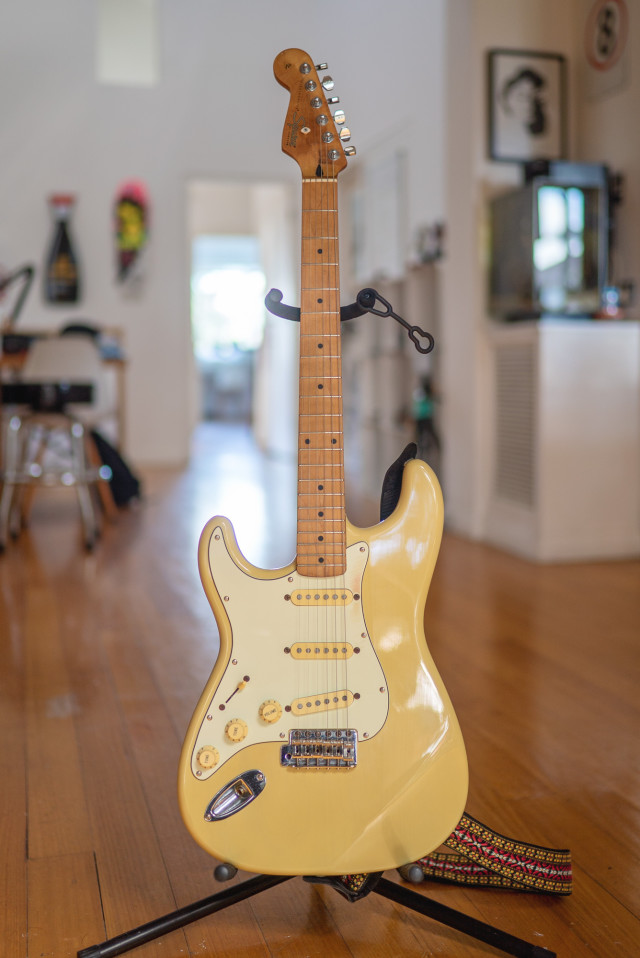 And she’s all done!

The new locking tuners makes putting on a fresh set of strings such a pleasure. String action is now lower than ever, and man, after playing the Japanese made upside down Squier Strat, and the Chinese made Artist Telecaster, and the Dillion Phoenix for the past 2 weeks it’s SO damn good to be back on this guitar. The neck is just so ridiculously thin, you’d think it was a metal shredder if you were blindfolded.

PS: I’m running a set of Ernie Ball 8 gauge strings now too. Have always been curious, so far so good. I’m at standard tuning right now though, not sure how the strings would feel if I tuned down a half step, or a full step (maybe they’ll buzz as my action is lower now?). Will have to try soon.

PPS: The DeoxIT spray is magic spray! The crunchy crackles are completely gone now from the volume and tone knobs. 100% recommend every guitarist buy some of this stuff.

This entry was posted in Music. Bookmark the permalink.