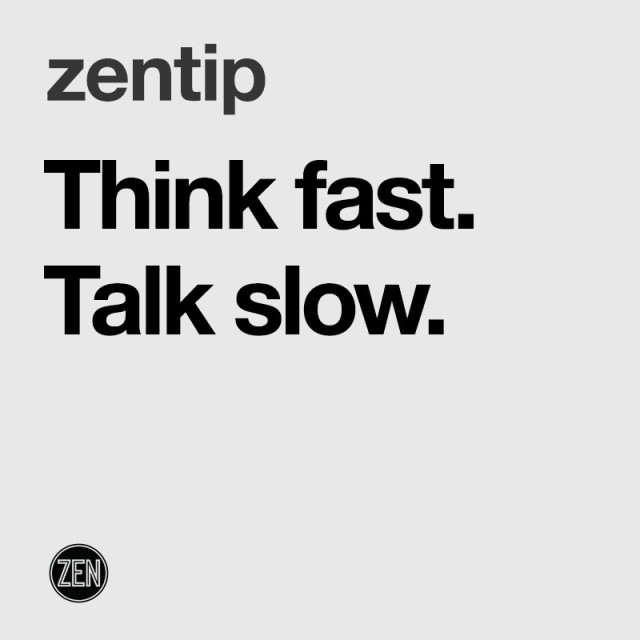 Posted in Zen Garage | Comments Off on Note to self

How is this poster racist?! 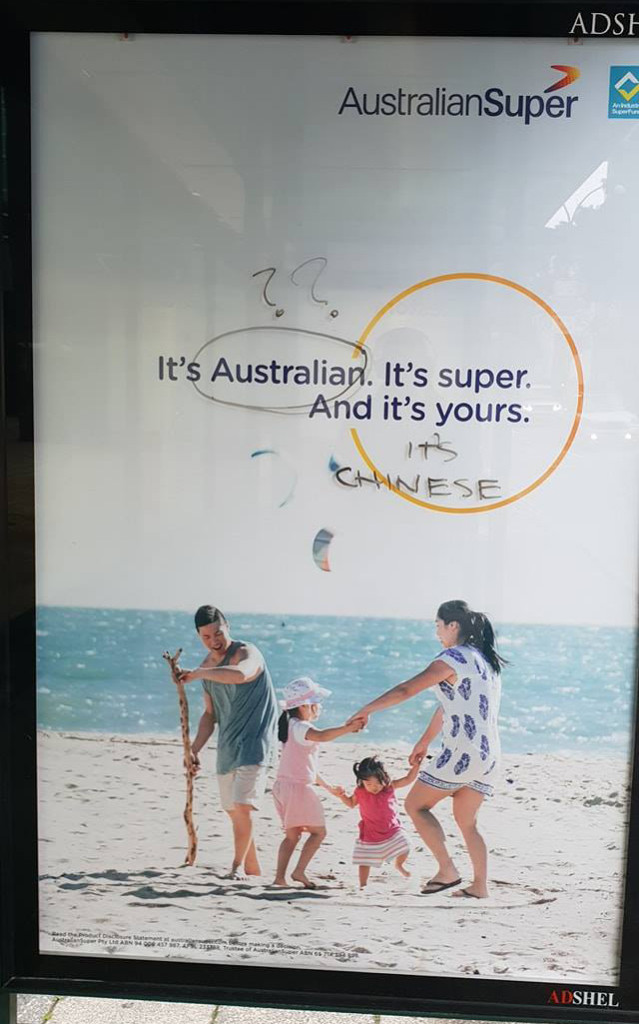 Fact: Australia has one of the world’s largest superannuation pools.

Morgan Freeman maintained the way to get rid of racism was to “stop talking about it.”. OK, so I’m talking about it; but it’s hard not to when you see corporate advertisements like this. Discuss (or disgust?!).

Posted in Design, Spam | Comments Off on How is this poster racist?! 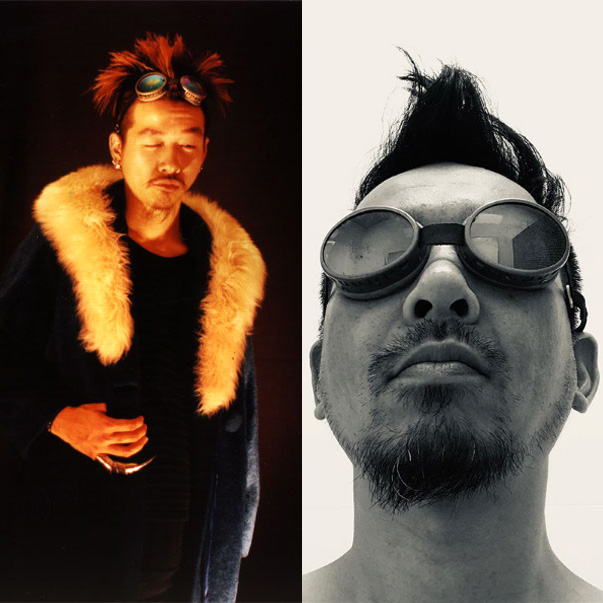 Posted in Spam | Comments Off on #25YearChallenge 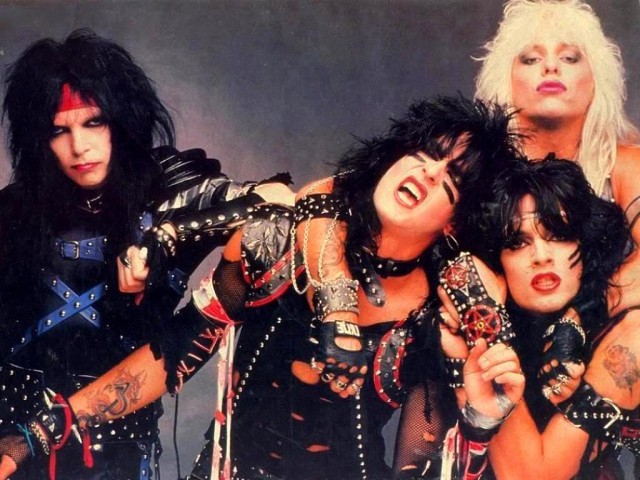 Vince Neil: “I never understood about singing about how fucked up your life is when everybody knows our lives are fucked up. The next generation was more about teen angst and ‘I hate my parents’ rather than lets go out and have some fun and fuck some chicks”.

Posted in Music | Comments Off on When Grunge Killed Hair-Metal

Yes I was in a SAVAGE GARDEN music video

That’s me putting on the gas mask.

I used to dress pretty punk at my first design job. I was asked by the agency next door to where I worked if I’d be interested in being in a rock clip for a band called SAVAGE GARDEN. The guys said I could come exactly as I was, and I thought “Hmmm, Savage Garden sounds kinda like SOUNDGARDEN so OK, why not!”.

We shot all day and were fed pizzas for lunch. During the break, the baddest dude there (I gave him a ciggie and he ripped the filter off it before lighting up) was on his phone to a mate yelling; “I’m filming for a couple of fags in this gay film clip”, thing is he said it so loud the Savage Garden guys heard it loud and clear. Fun times!

We shot all sorts of scenes morning to night and in the end Sony didn’t feel there was enough of the Savage Garden duo in the clip. They wanted way more close up face shots of the 2 guys so apparently a lot of footage of us was cut out. Probably a good thing, right?!

Posted in Design, Music | Comments Off on Yes I was in a SAVAGE GARDEN music video 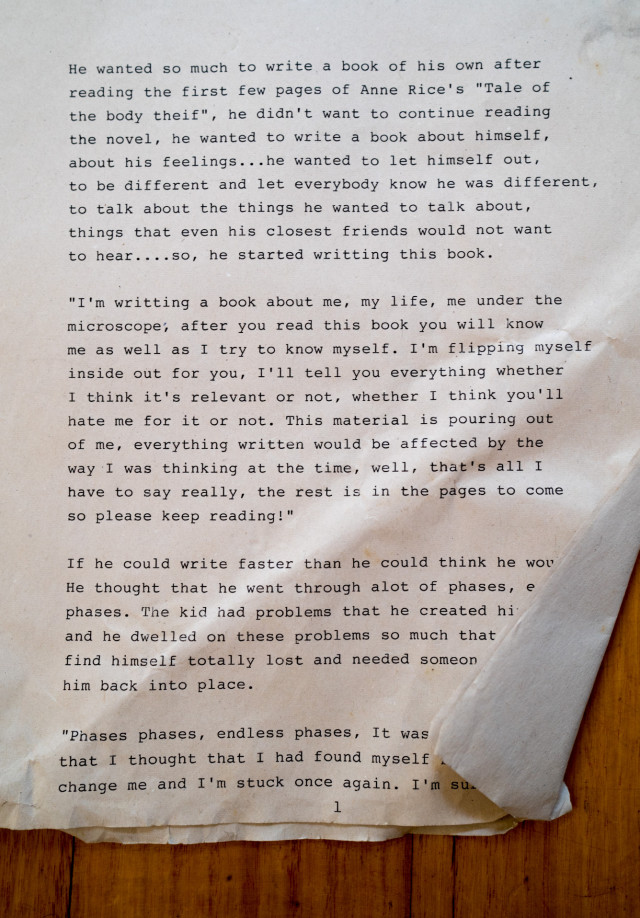 I’ve got it all wrong! Totally somehow forgot that my book DIVINE was created as a memory container; glancing at the artwork would trigger the pages I wrote back in high school. Turns out I’ve got pages and pages of rawness all done on a typewriter. This is page 1. Looking at page 1 of the book I can see I’ve left a lot of the text out of the book. I’m now thinking I have to re-read what I wrote on the typewriter, and not the illustrated “memory container” that I have hardbound before me.

Posted in Design | Comments Off on Original Divine 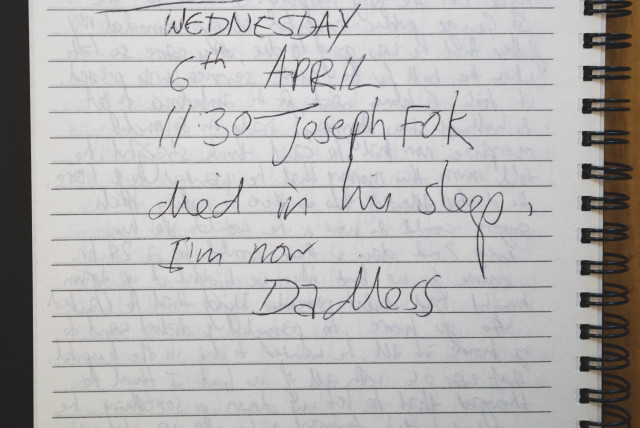 Super heavy but still good. This is a diary entry I made the night my Dad passed away.

Posted in Uncategorised | Comments Off on Dadless 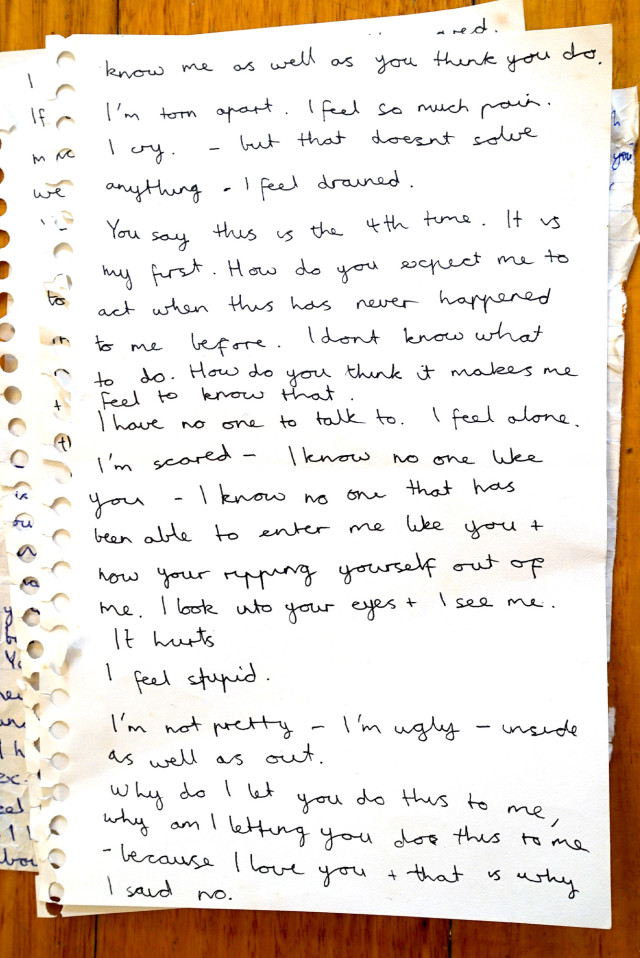 I’ve found a stack of love letters (I know I have even more in the house somewhere). This one stood out from the rest.

Posted in Spam | Comments Off on Love hurts 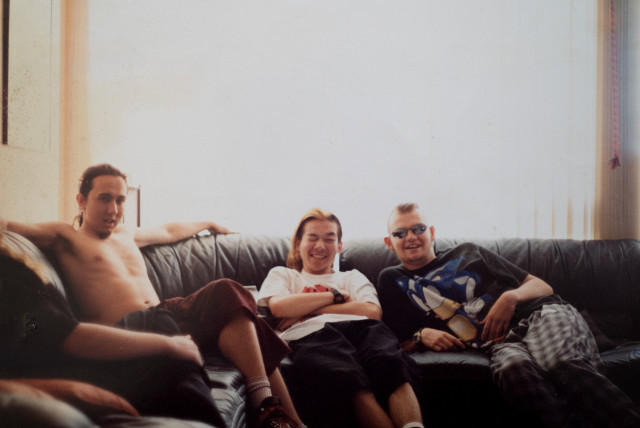 Posted in Spam | Comments Off on THE OG Crew 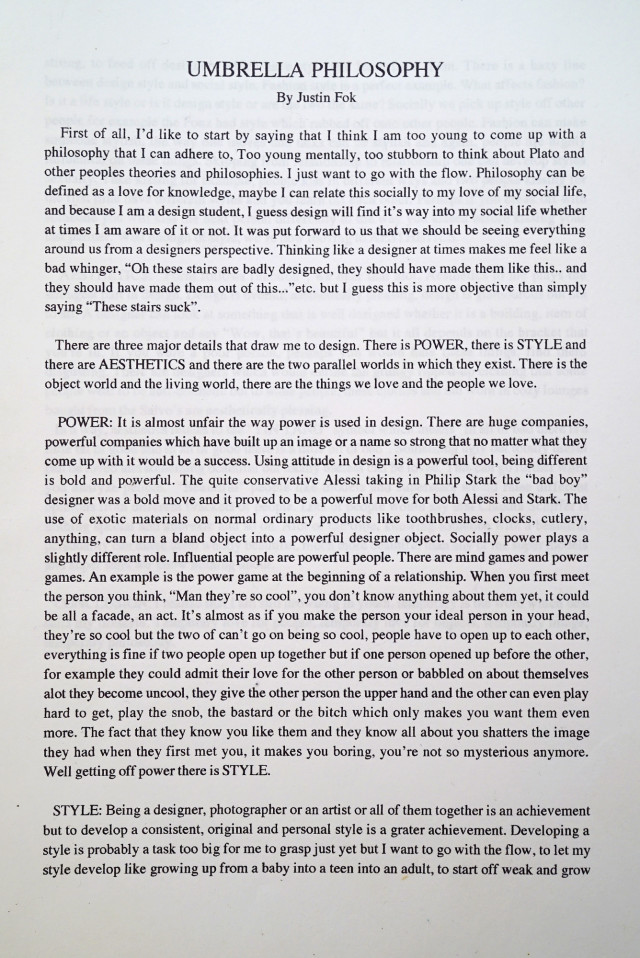 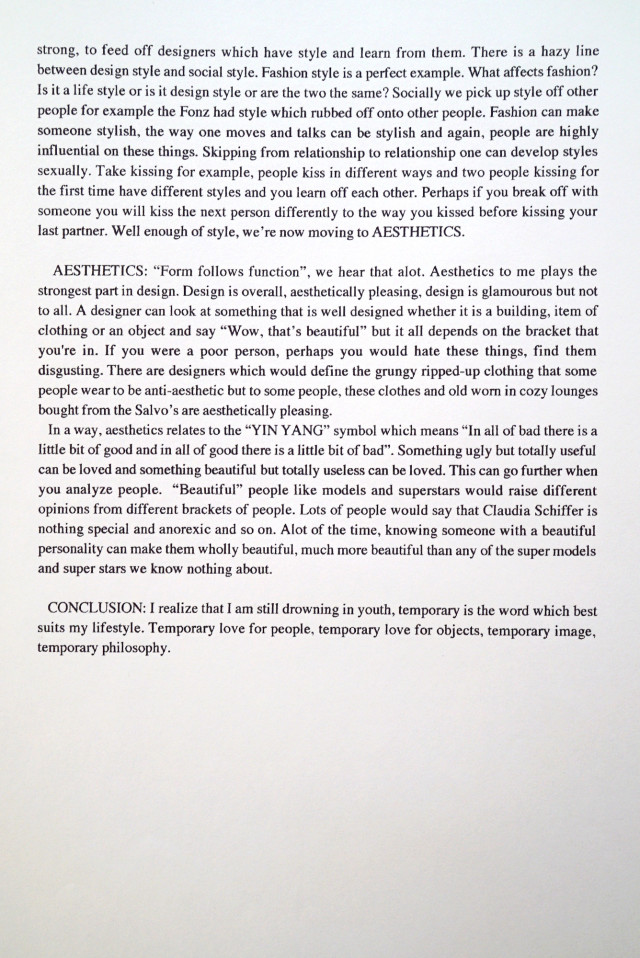 Finding good stuff in my memory container (big plastic box of old diaries, letters, photos and more from the late 80’s to late 90’s). This one is a UNSW COFA Design Umbrella Philosophy I wrote when I was 20. I remember my lecturer at the time shaking his head when I read out the kissing analogy; I kinda stopped presenting and asked why, he said something along the lines of “only you Justin would be able to think of something like that”, was a relief so I ended up reading the rest of it out quite confidently!