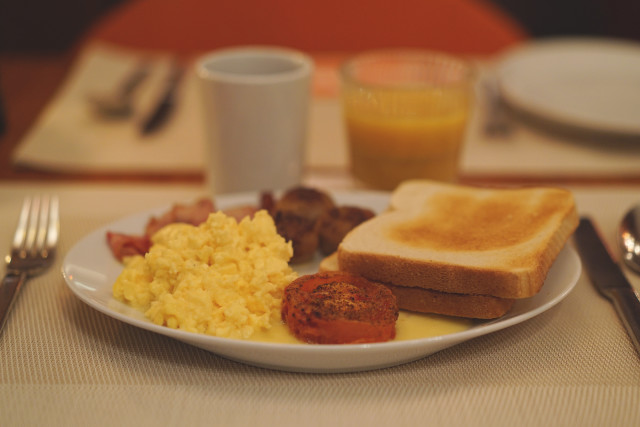 Brekkie #1. The usual stuff, but with meatballs! 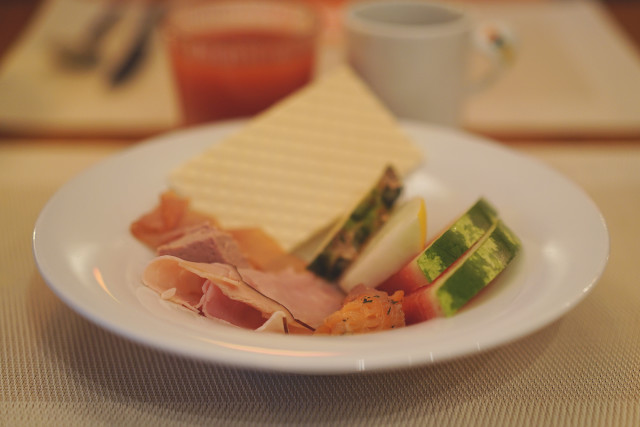 Brekkie #2. Loved the pate, smoked hams were amazing too. 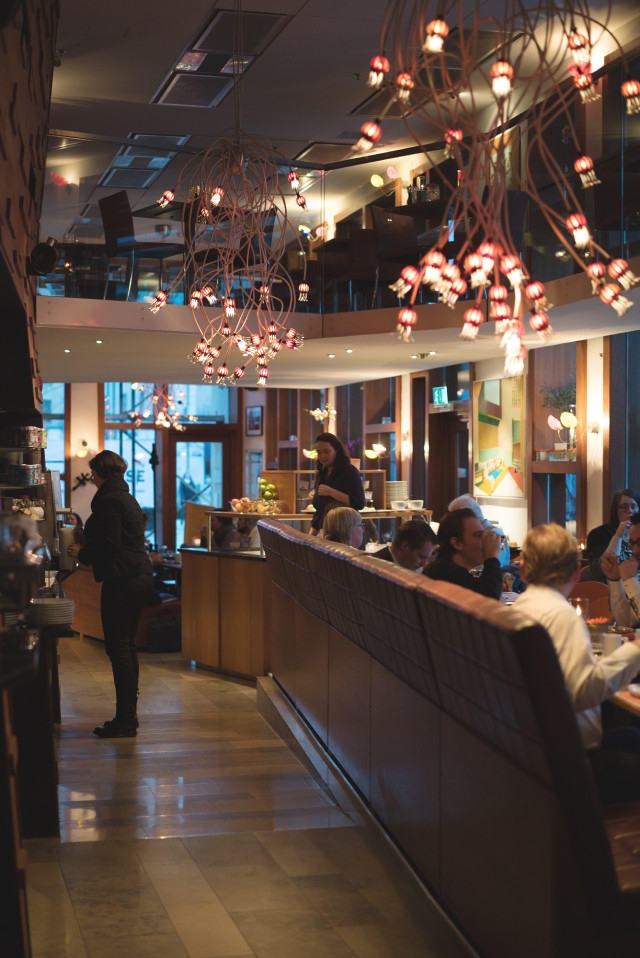 By the time I was leaving the restaurant was much more alive with hotel guests. 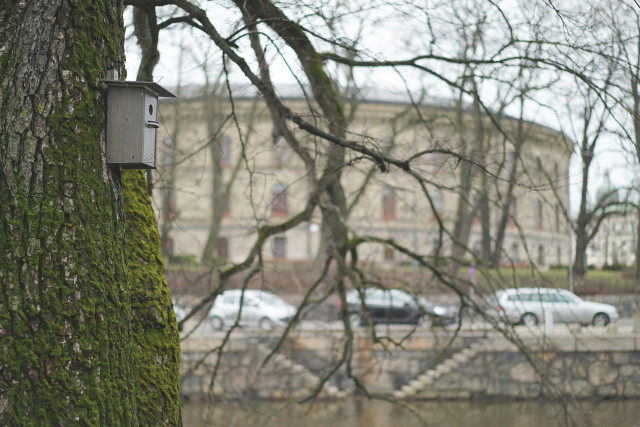 Most of the other international guests expected to join me in Sweden aren’t arriving until later today, so I thought I’d rug up and go for a longer walk. I started by following the water. Many of the trees by the river have these cute bird houses on them. 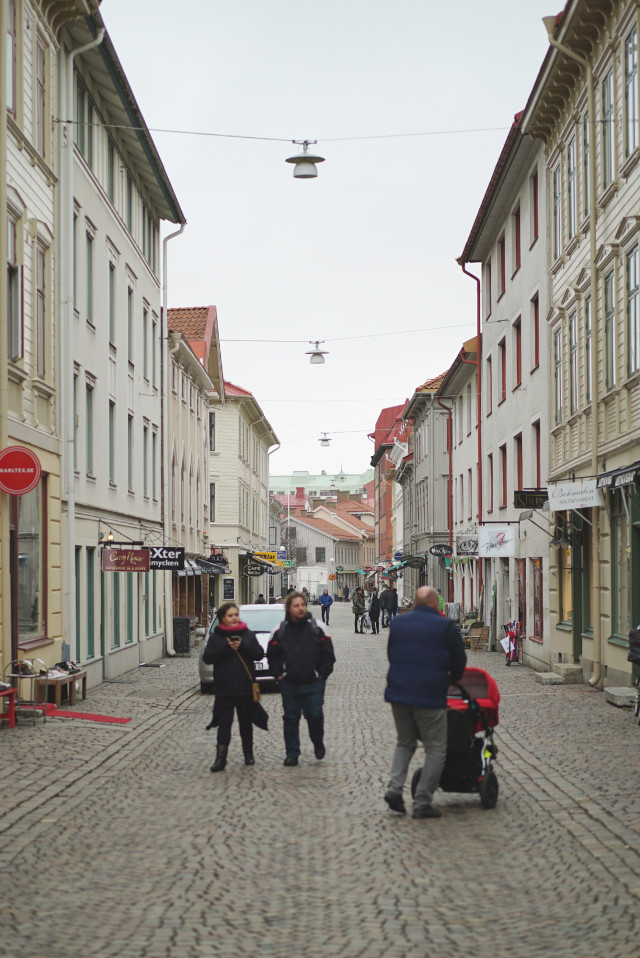 I stumbled into a district called Haga. Cobblestone roads and lots of wooden buildings. Gothenburg’s a pretty place. 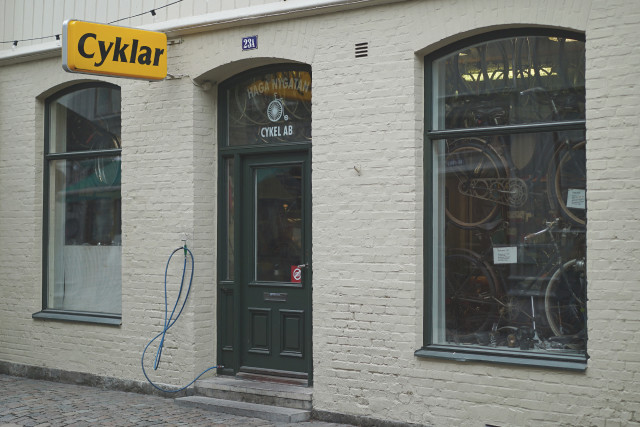 Loved this bicycle store. Air pump outside works even when the shop is shut, that’s really sweet. 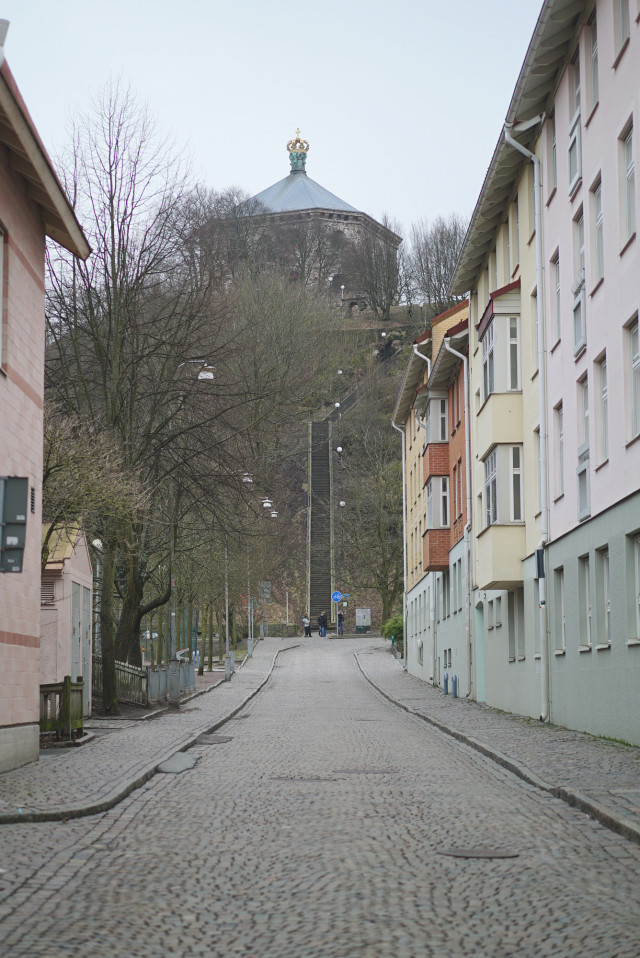 I then spotted these huge stairs and gravitated towards them. 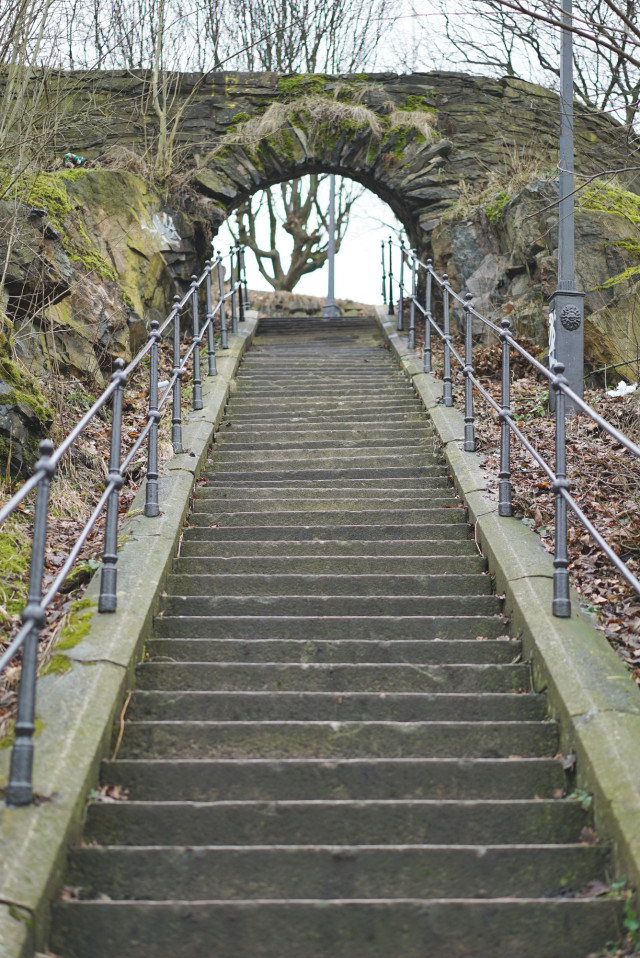 Almost at the top. It’s so quiet here in Gothenburg. There’s hardly anyone around. I only ran into a couple of joggers up here. It felt a little strange but wonderful to be up there on my own. 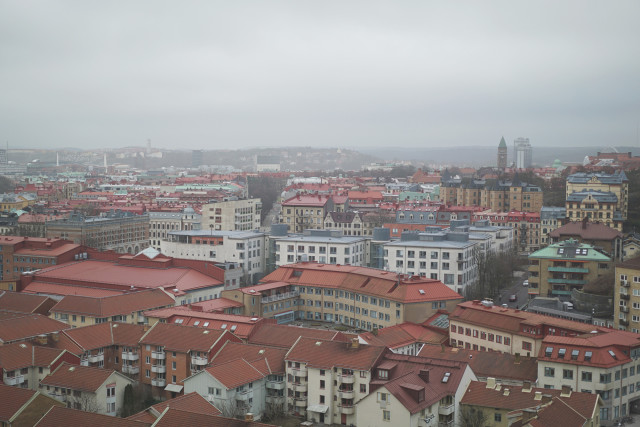 The view from the top. I spotted some huge canons up here. It turns out it’s an old fort called Skansen Kronan which was built in the later half of the 17th century. 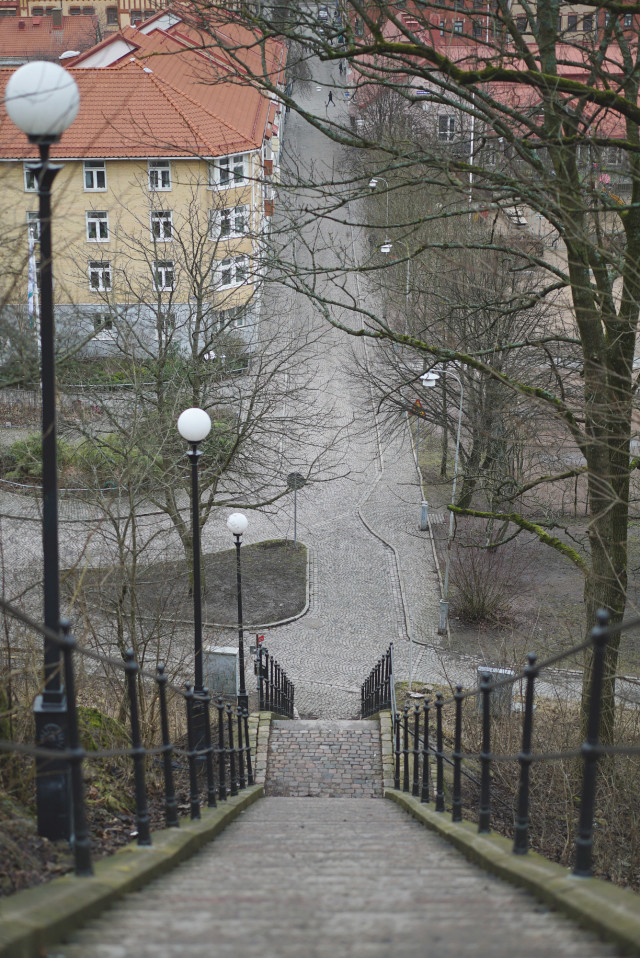 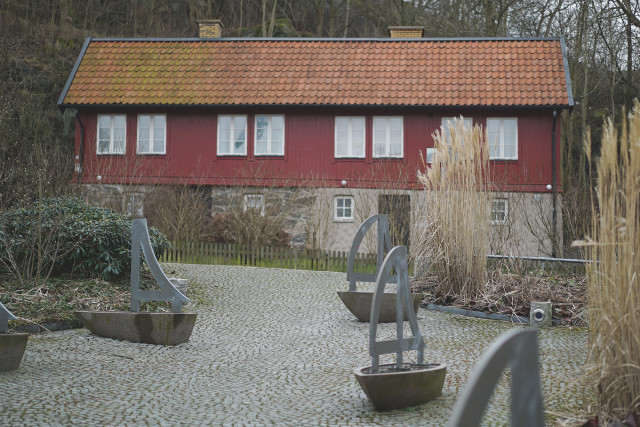 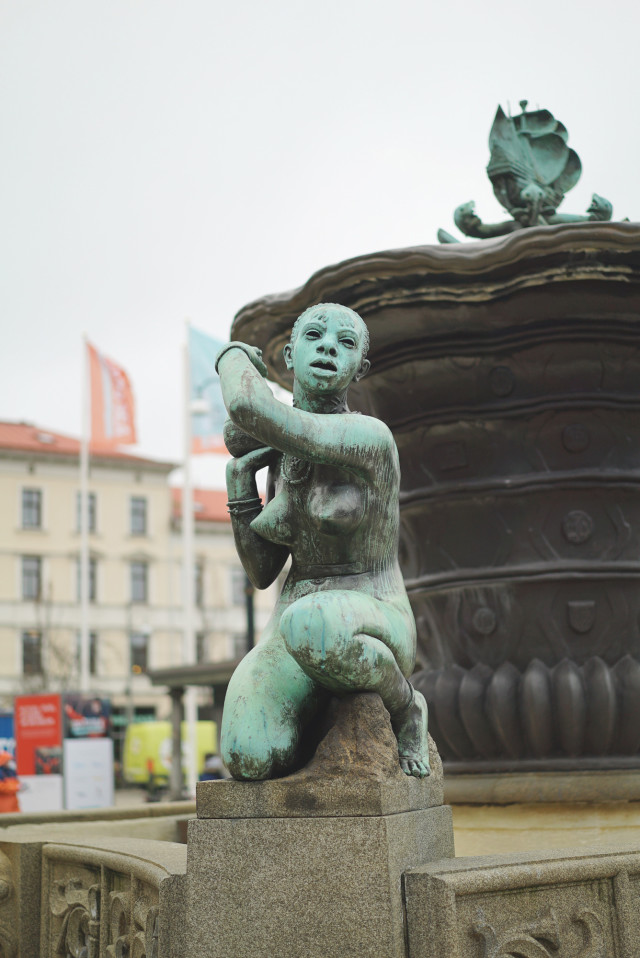 A fountain, that wasn’t working. At the end of Haga was a public square which was busier than most of the city I’ve seen so far. 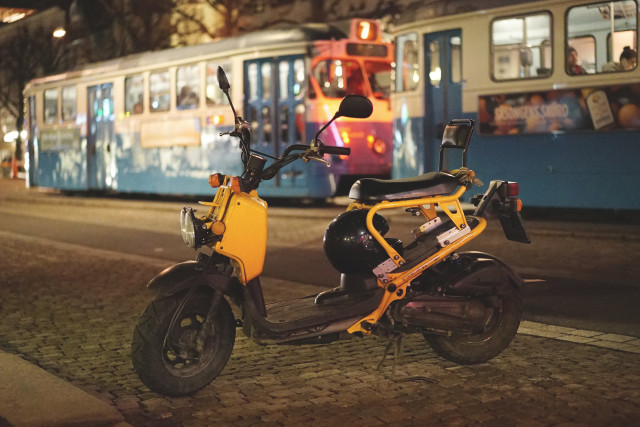 Zoomer! Coolest thing I’ve spotted on the roads so far! 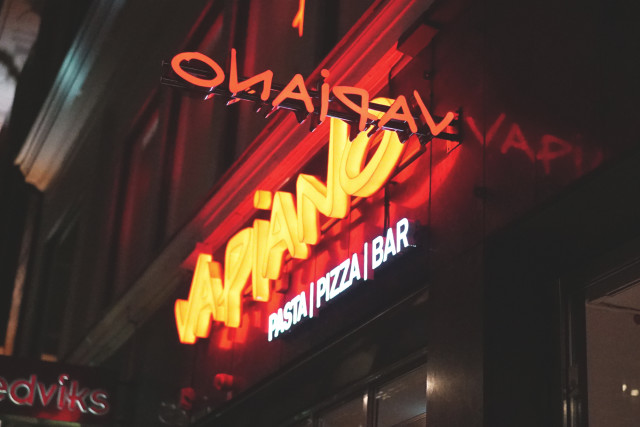 The Japanese have landed. Charles Kha took us to Vapiano, a Pasta Pizza Bar. 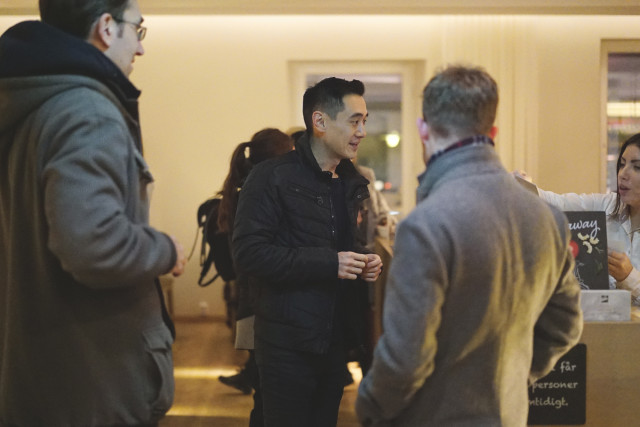 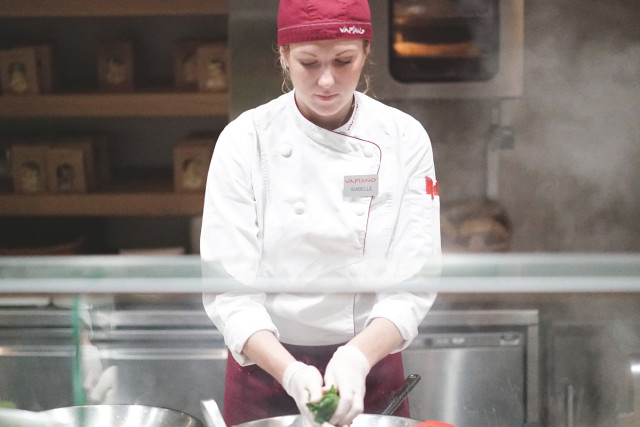 Vapiano’s cool. Really nice and spacious, comfy and clean. You order at the kitchen and they make it right in front of you. Our chef Isabella had visited Australia before (surprise surprise!) and she has an Aussie boyfriend! 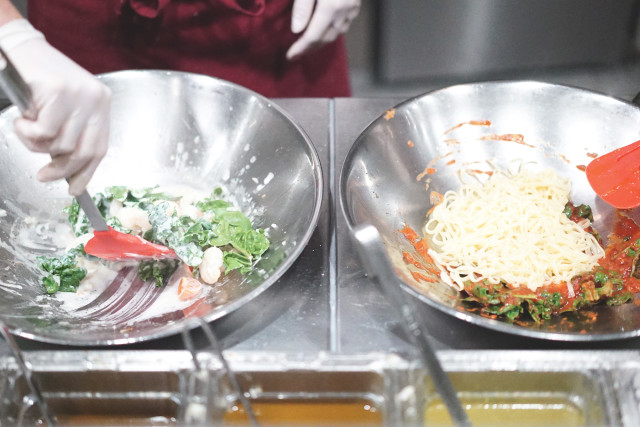 The smells, sounds and chit chat with the chef. 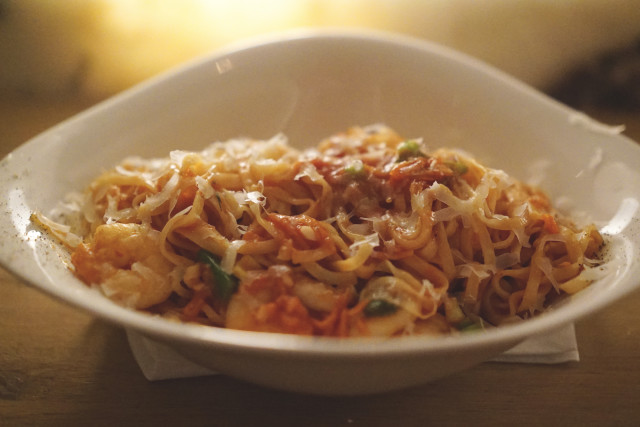 I went for the Scampi, it was delish. 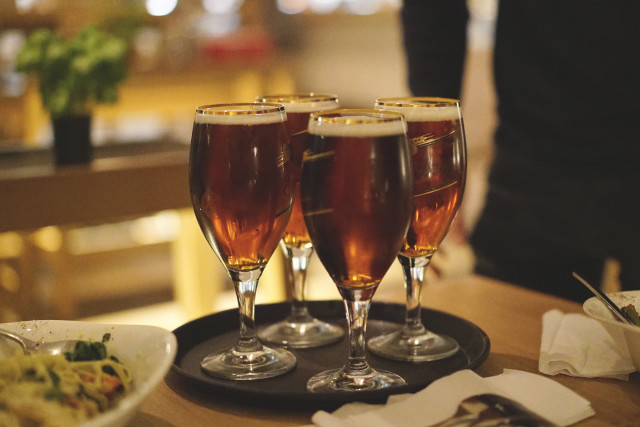 Beers with the homies! Such a great catch up with these guys. Amazingly Luke had never met Charles before! 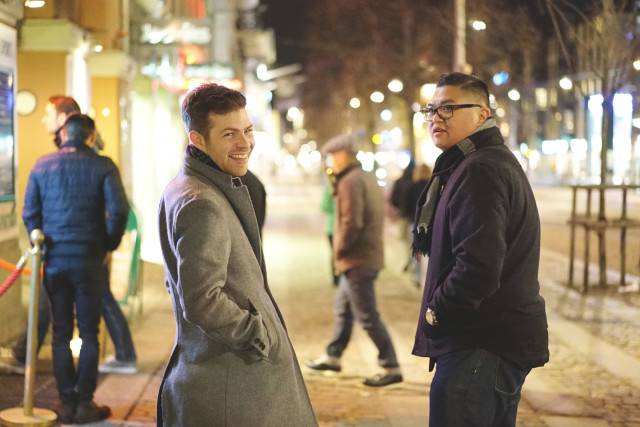 Luke and Antonio. After dinner we caught up with the Americans. 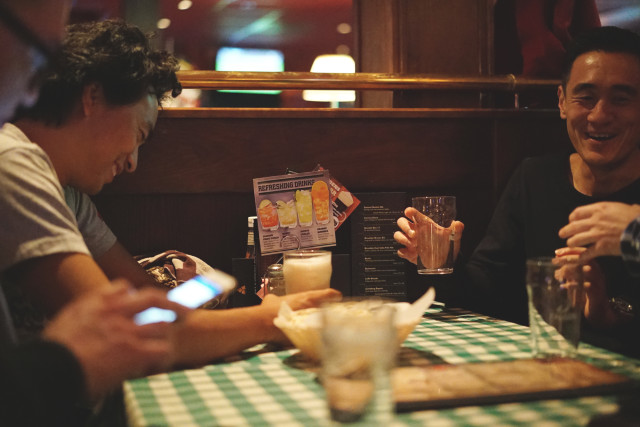 We hit a small Irish Pub for a couple of jugs of beer and some crazy talk, the American guys brought a new dynamic to the night, it’s party time! I’m psyched to meet these guys.

When travelling overseas, I have a thing (it’s a very real thing) for buffet hotel breakfasts. I’ll often down a few cups of coffee as well as fresh juice and I’ll eat absolutely everything on offer in the one seating. I find is extremely enjoyable, therapeutic and just an awesome way to start the day.

I tried my best to stay up last night in order to get my body clock aligned with Sweden time, but after my short trip around the block I felt wasted and crashed at around 4-5PM. I woke up at midnight. Epic Fail. I watched TV, chatted to friends online into wee hours of the morning and finally got back to sleep for maybe another 2 hours before getting up at 5am.

I rolled out of bed and hit the buffet breakfast downstairs at around 6.30AM, it was still quite dark outside and there were only 2 people in the hotel’s restaurant. Excitement! A bread station with all sort of interesting breads, a hard boiled egg station, a hot food section with meatballs (whoo hoo!), a coffee and tea section, a cold foods area with all sorts of local cheeses, pickled and smoked meats and a bar for cold drinks.

Soon after breakfast I went for a long stroll. I’m here one whole day earlier than all the other international guests who are flying over for work. They all land this afternoon so I had time to kill. Gothenburg is a lovely little town. It’s picturesque and quiet. The people are friendly and say “Hey” when I say “Hi” and they all seem to speak English well. No one wears sunglasses here, strange but true, and it’s nowhere near as cold as I thought it would be. Also, I’ve not seen one single modified car here. Everything is stock and quiet. The loudest thing I’ve heard are the church bells!

Later that night I was just about ready for bed but got a call from Alexi Smith of Noriyaro to say that he and Luke Huxham of Maiham Media had landed from Japan. Charles Kha was coming to the hotel and he was going to take us out for a late dinner (which was awesome!). A little later on the Americans arrived; Larry Chen from Speedhunters, Antonio Alvendia from Motor Mavens and Brandon Leung from BOWLS LA. We hit an old Irish pub, and the party almost started (but had to end as everyone was buggered and we had an early start the next morning). Good times ahead!

PS: I’m staying at the Avalon Hotel. It’s a gorgeous little 4-star hotel right in the thick of it. It’s super comfy. I’m loving it (bed is great, fine Egyptian cotton sheets are even better!). Highly recommend it if you ever stay in Gothenburg!

One Response to Day 2 – Gothenburg Sweden