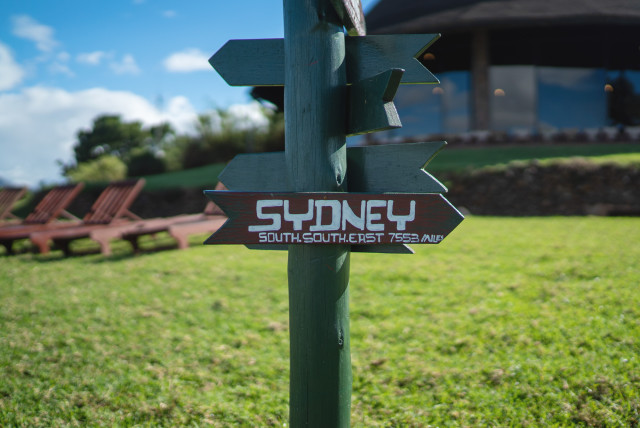 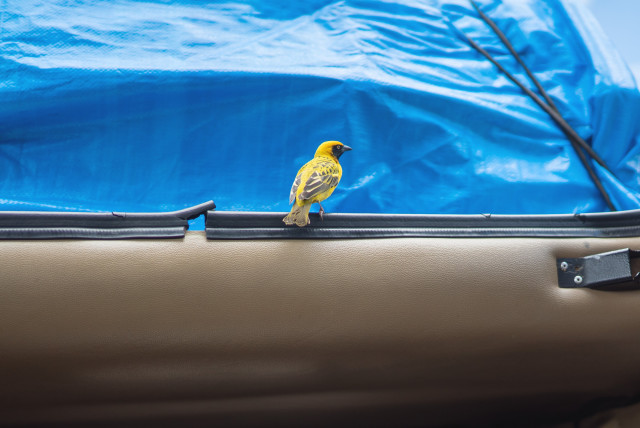 Birds are aggressive, they even come into the car for scraps! 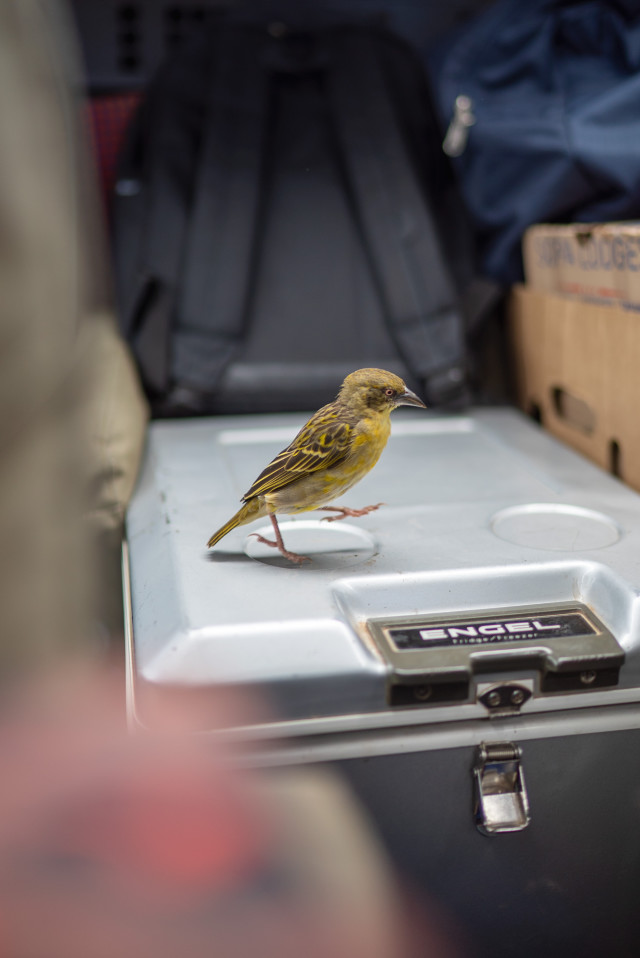 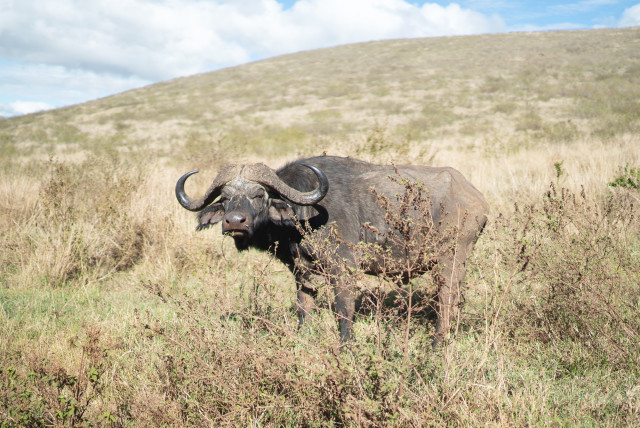 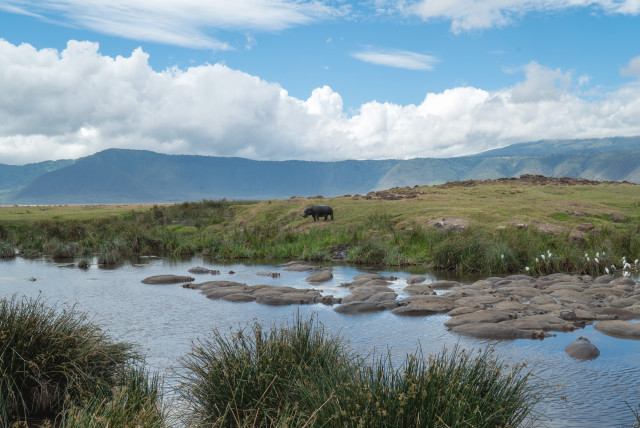 At first we thought there was a lone Hippo, then we realised all that grey stuff in the water was hippo’s! They made an awesome sound, a lot like a cafe racer/motorbike sound (territorial sounds apparently). 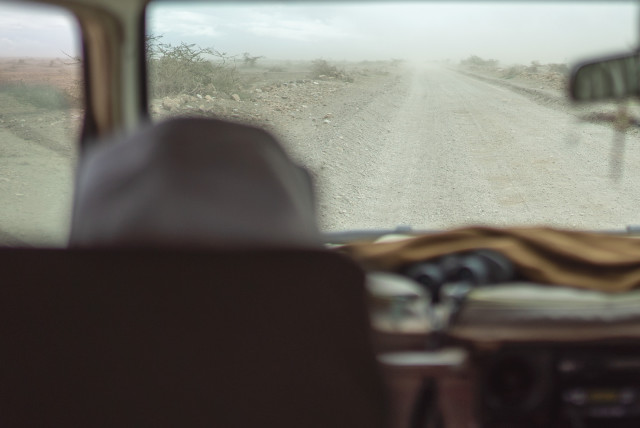 Bumpy roads with no end in sight. 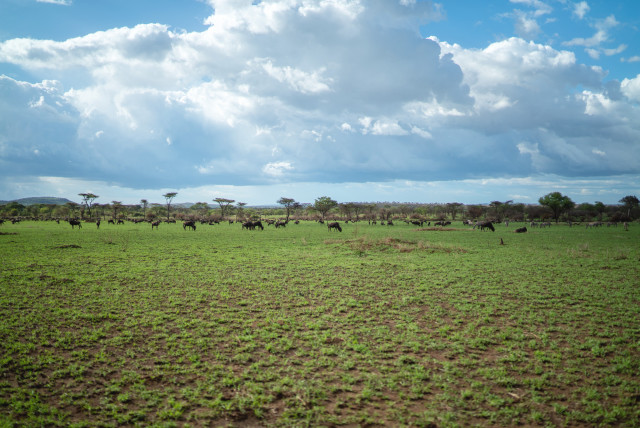 Serengeti shall not die. 1.8 million Wildebeest migrating to and from the spot where our camp is. 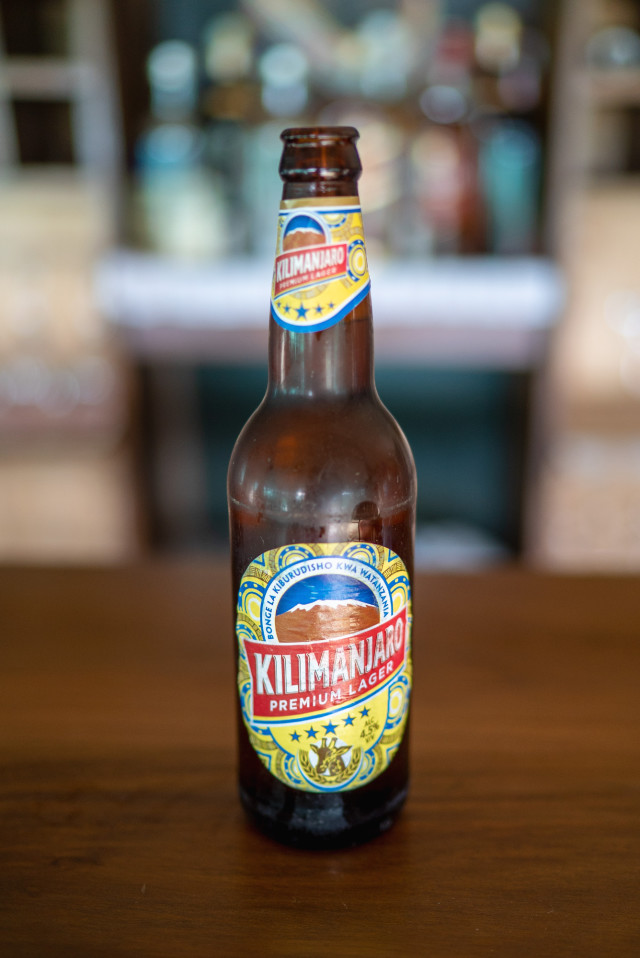 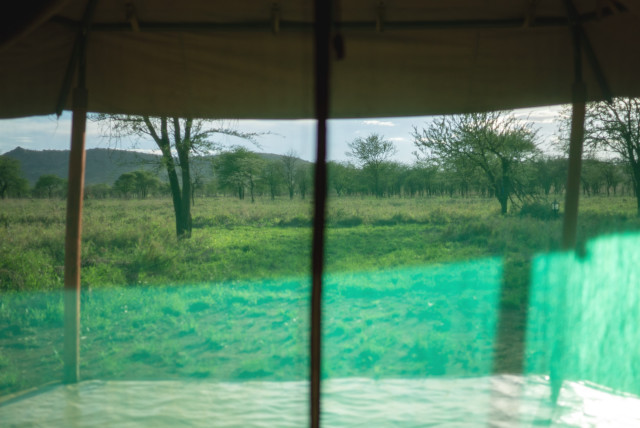 Tent life, for real! Can’t see it in this pic, but I can see migrating Wildebeest in the distance. 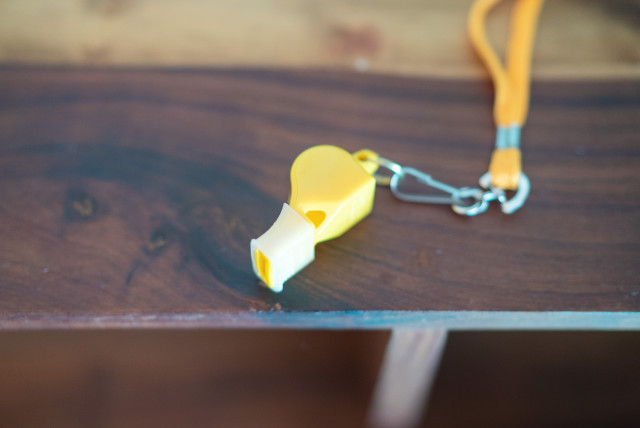 Legit, every tent has a whistle, in case of what I have no idea lol! 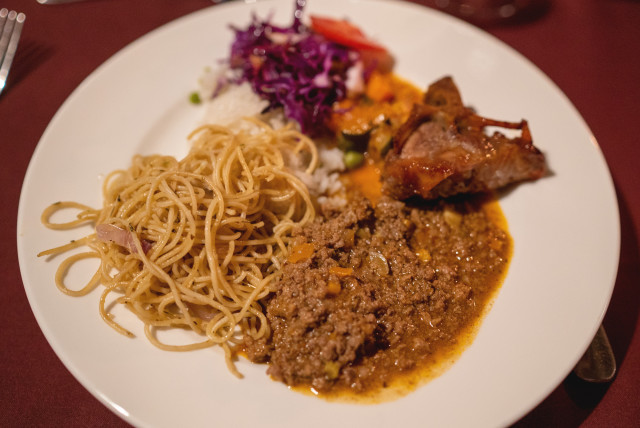 Hands down the best meal we’ve had on the trip. Such subtle earthy flavours (far from sharp flavours of Thai food for example).

It’s been another huge day of transit, and the roads are getting even rougher. They’re corroded, so the surface of the road is a lot like corrugated iron, bumpy AF. Going slow is fine, but we’ve got major km’s to cover so our driver was doing 90km/hr on average which made for a really loud and bone shuddering ride for a big part of the day.

We passed a few Land Cruisers with broken rear suspension. Our 2nd car scored a cracked windscreen and a flat.

We made it to the Serengeti National Park though, and saw a whole lot of wildlife on the way; a male Lion pack, a Hyena, lots of Giraffe’s and Zebras, Gazelles, Antelopes, a huge Vulture and an Eagle mate sharing some road kill and also the destination for 1.8 million Wildebeest (we’ve come at the right time to see the wildebeest migration).

Tonight we’re literally camping out in the open in tents. The sun is going down now and I’m about to watch the sunset by an open fire. I can see endless Wildebeest migrating from my tent and the sounds are amazing! It’s going to be wild listening to the sounds later tonight as I doze off!