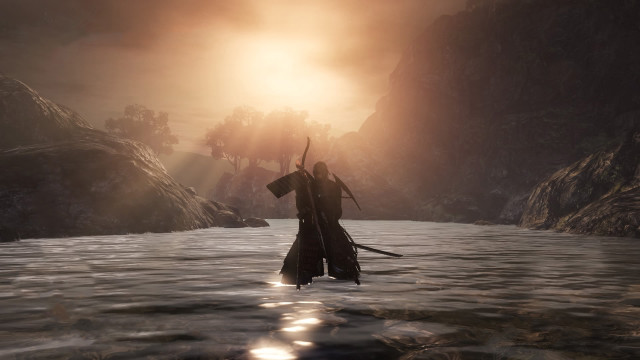 Sadly Nioh is for PS4 only, that means jaggy low res graphics! Such a shame, this game would look amazing with high res textures on PC. 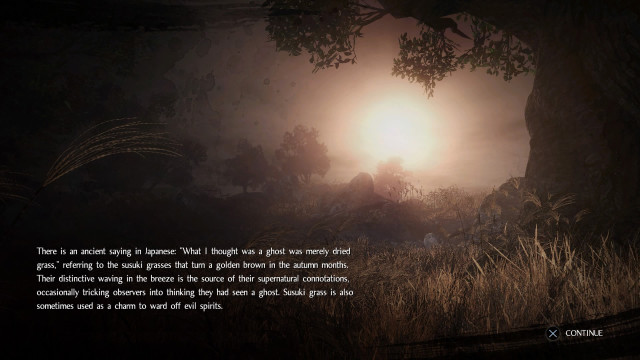 Love the loading screen lore, the cinematics and illustrated movies too. 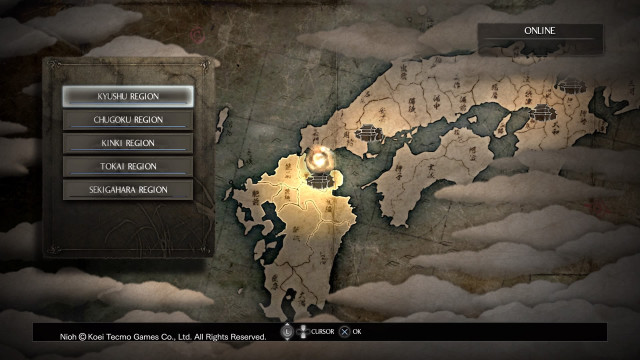 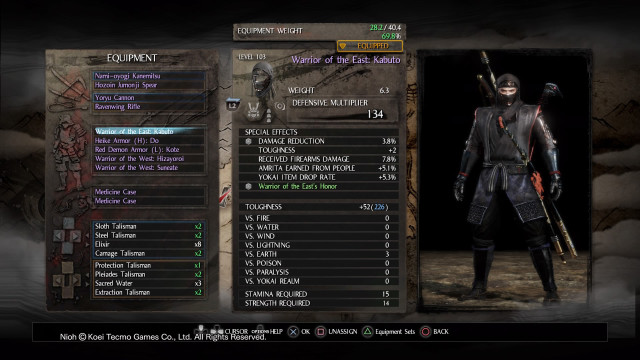 One really cool thing you can do at the blacksmith is change every bit of your appearance to any other piece of gear you’ve looted in the game, both armour and weapons too so you can pretty much make William look however you want, from heavy Samurai gear to Ninja outfits (I’m wearing medium Samurai Warrior armour but my character looks like a Ninja atm). 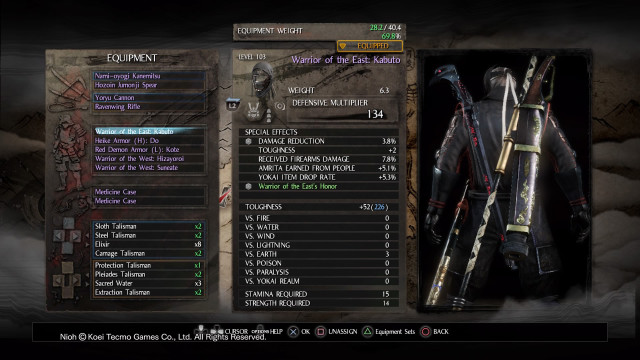 How mad is my rifle! I’m right at home with more and more different RPG’s now and I’ve really taken to Nioh’s interface, the whole lot of it; crafting, re-calibrating, merging gear, distributing skill points for opening skill trees, etc. Nioh is pretty hardcore and has the works.

I really really enjoyed playing The Surge, so much so played a complete 2nd new game+ playthrough. I now feel content and I’m well and truly done with the game, which makes me feel sad so I thought I’d look into other games in the same genre; namely Dark Souls, Dark Souls 3, Nioh and Lords of the Fallen (which was made by Deck13 the same guys who made The Surge).

I spent some time researching Dark Souls. I’d say it’s 50/50 out there between fans of the original verses the last. The original seems to suffer from clunky mechanics, which wouldn’t fly after playing The Surge (I loved how connected the action felt) and issues with Windows 10. Dark Souls 3 seems like the obvious choice, but I’ve been waiting for a Steam sale to pull the trigger on that.

I did some research into Lords of the Fallen as I figured it would share a lot in common with The Surge as it’s made by the same team. The reviews suggest it’s a little too easy to complete, and recent reviews suggest that gameplay isn’t as tight as The Surge, so I’ve put this game on the wishlist for a Steam sale too.

That leaves Nioh, a game which many compare to Dark Souls but suggest it’s even more brutal, and where the others are rooted in the Lord of the Rings style realm, Nioh differs in that it’s SO Japan (SO GOOD!).

The game follows the adventures of William (based on real historic figure William Adams, the first legit non-Japanese Samurai who forever changed Japan) and is loosely based off the Sengoku period, when Japan was in the midst of war prior to the ascension of the Tokugawa shogunate (so rad as this brings back recent Japan trip memories!).

I’m literally being educated in the art of Japanese weapons and Samurai armour. I’ve even been introduced to Hattori Hanzo and I’m smashing Yokai with a Kusarigama!

Progress has been slow but I love to grind. You can’t get to the recommended levels by just completing the main missions and side missions, it’s true RNG/RPG so I’ve needed to grind pretty hard in order to play more comfortably.

I’ve had more than a few “I quit” moments. Like most I almost quit early on as the 2nd Boss battle in Nioh with Hino-enma was sadistic (those who know know!!!). It’s so wild that a game introduces new players to the hardest boss in the game on the 2nd level. I’d say a huge percentage of people who bought this game would have returned it/given up before getting to enjoy the rest of the game!

Update: I’m 2 stages away from the end, each new section of the map has been way more hardcore than the last and I’ve just about had enough of the massive boss fights so I’m calling a tie out to maybe re-visit some older parts of the map before finishing my first playthrough.