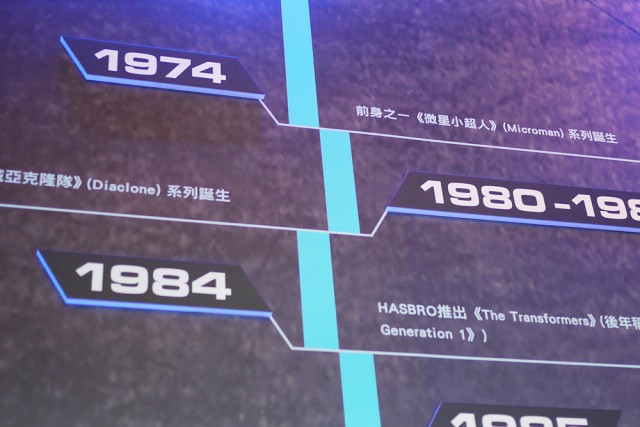 Since 1974, nuts right? It’s almost 30 years since Transformers were created. 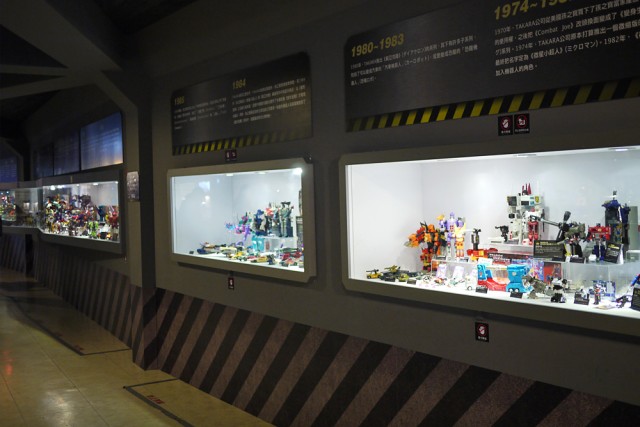 All generations of toys were on display. 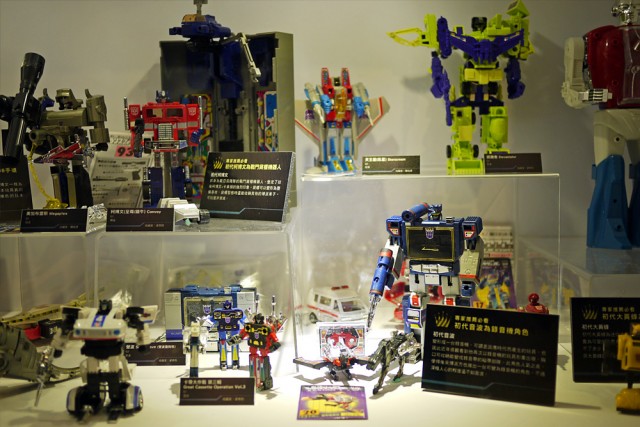 Generation 1 toys… not quite as complete as I was hoping for. 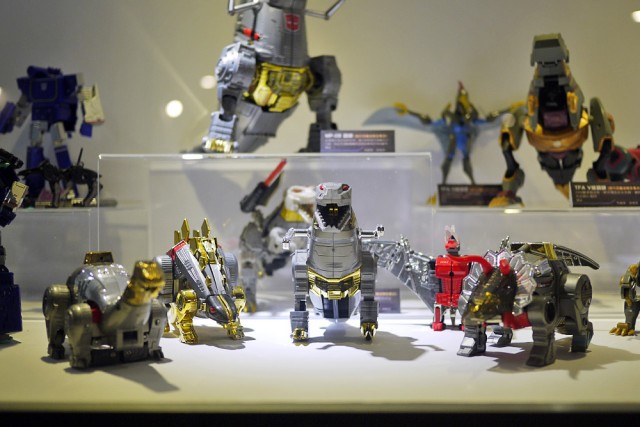 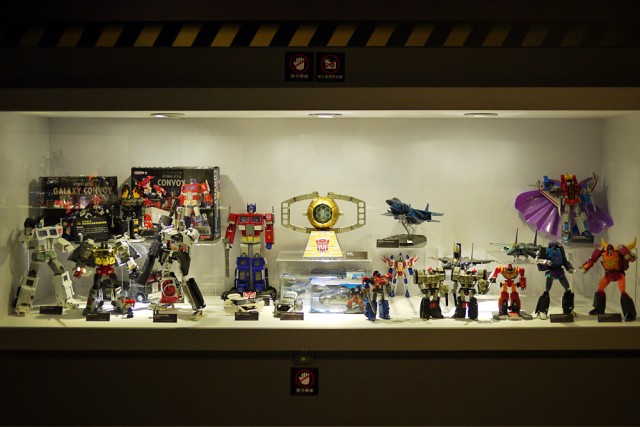 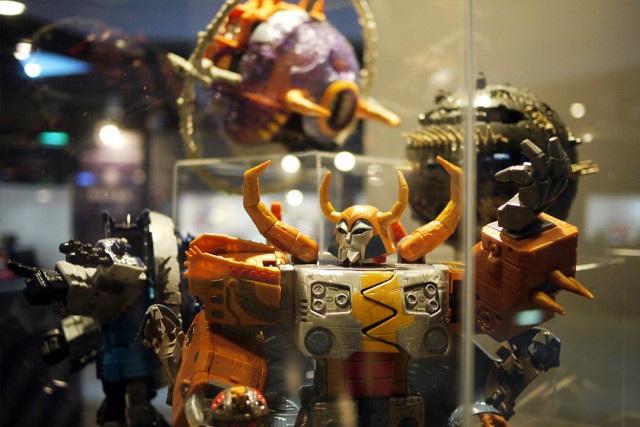 Unicron! My fave toy of the day by far. 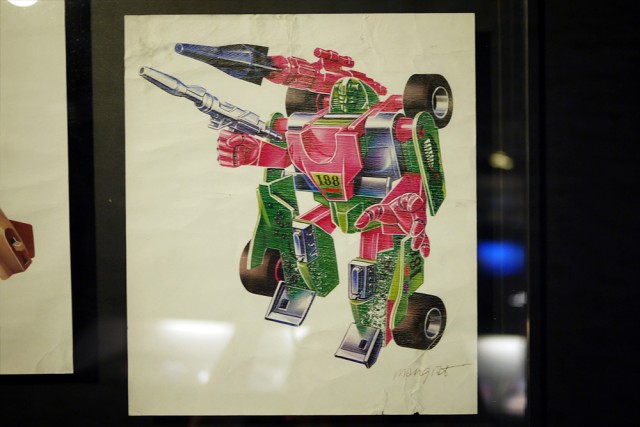 Original artwork (this one ended up being used on the back of the G1 boxes I’m pretty sure). 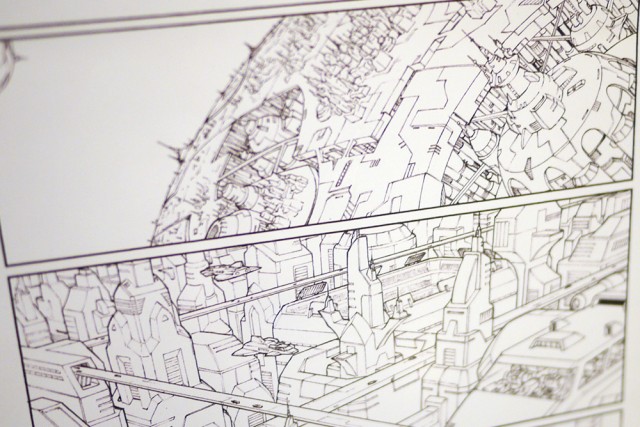 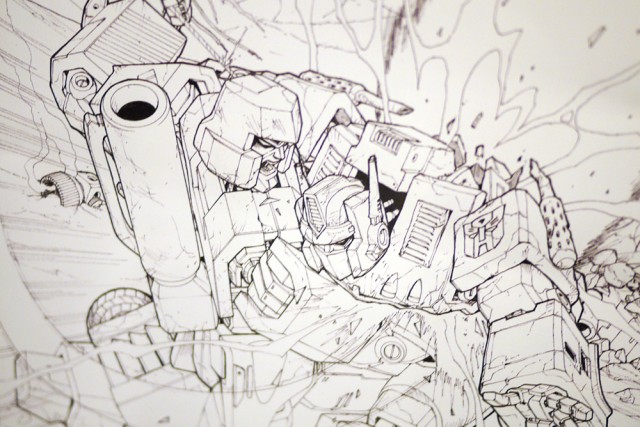 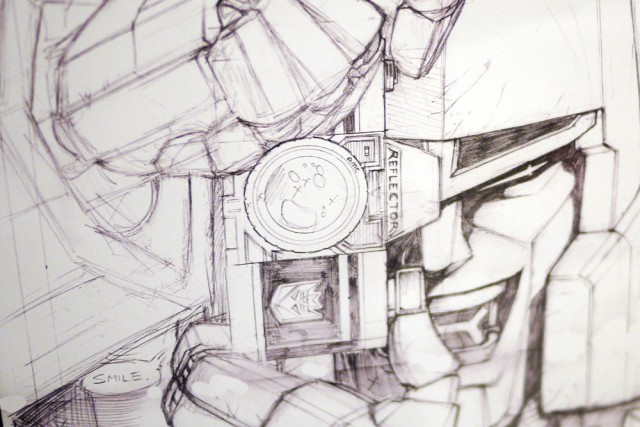 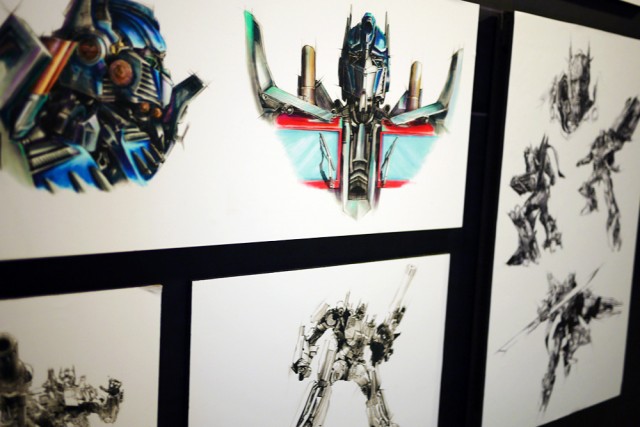 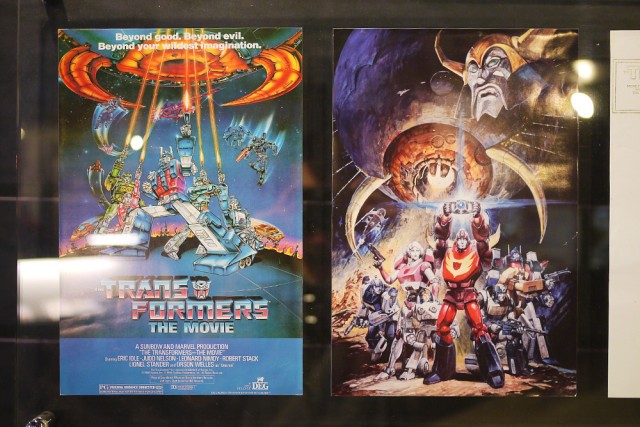 OG Movie poster on the left, would love to have this for home, or the garage. 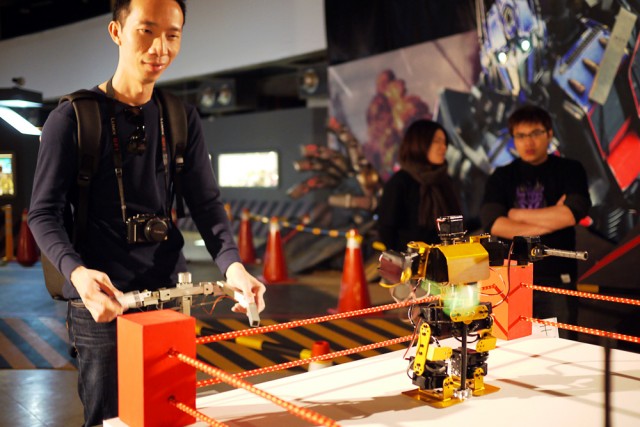 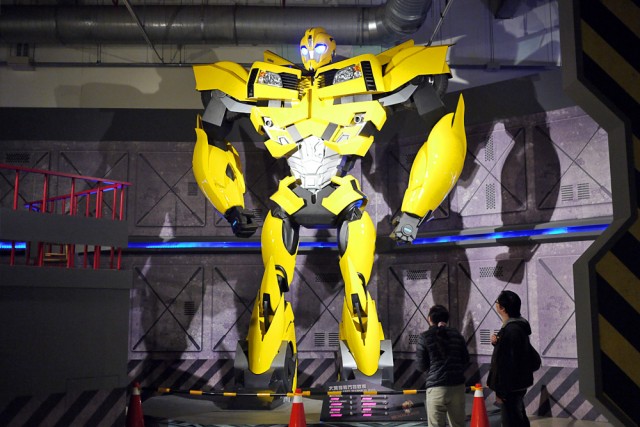 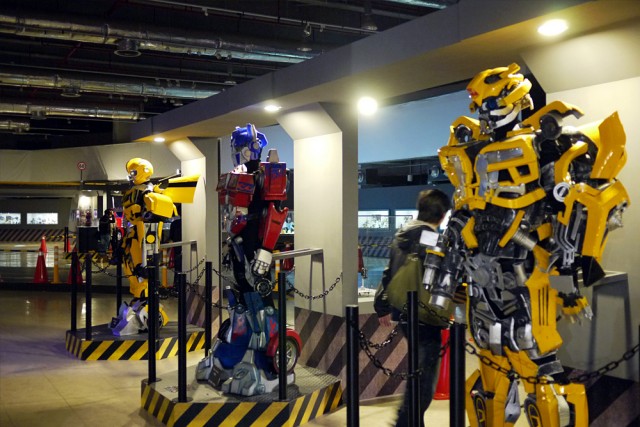 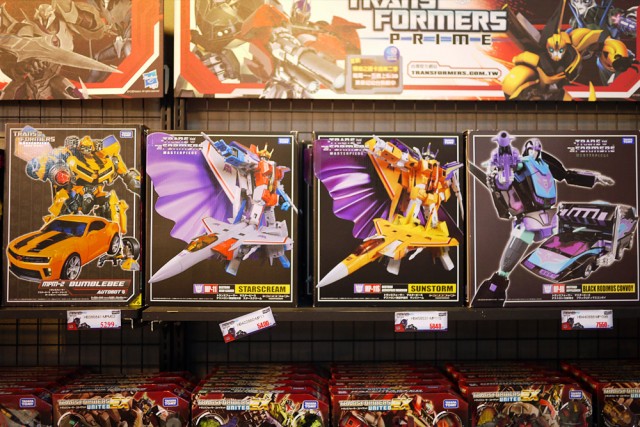 Mastergrade toys in the gift store on exit (I had no room left!). 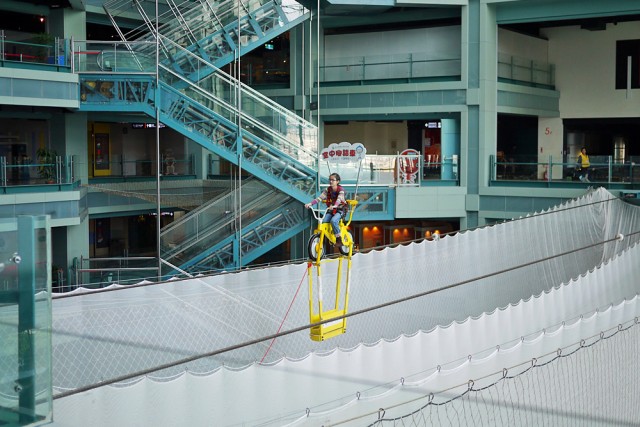 The expo was held at the National Science Education Center, like our own Powerhouse Museum it had fun stuff for kids to play with, like this bicycle in the sky race on ropes. 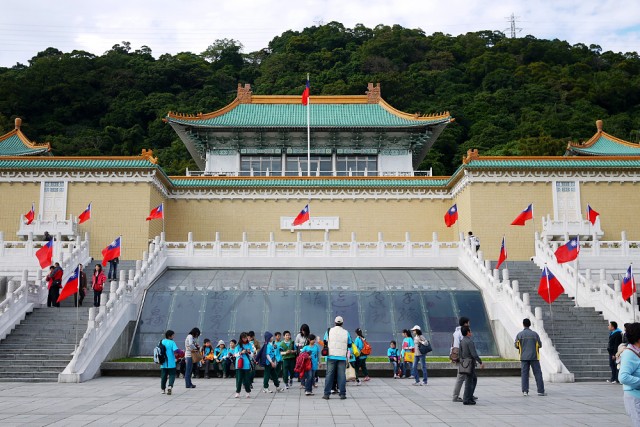 We then checked out the National Palace Museum. 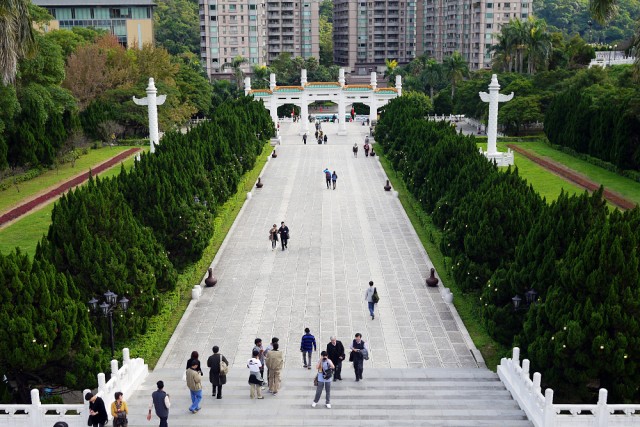 Chinese tourists by the bus load. 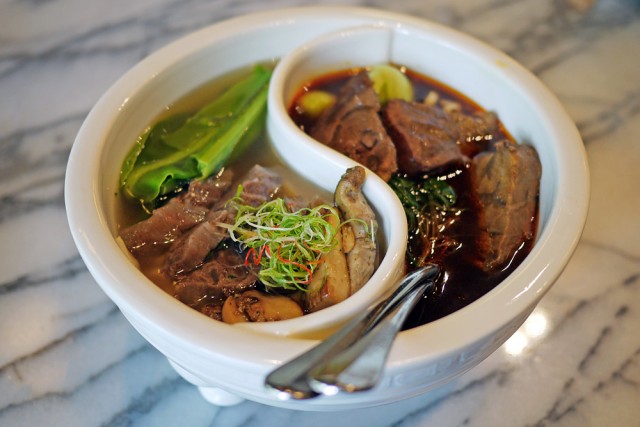 We ate an amazing meal (also our most expensive meal all trip at $33/head). This was the Tai Chi double-flavoured Champion Beef Noodle Soup presented in a huge yin yang like bowl, one side was clear broth, the other marinated. SO GOOD! 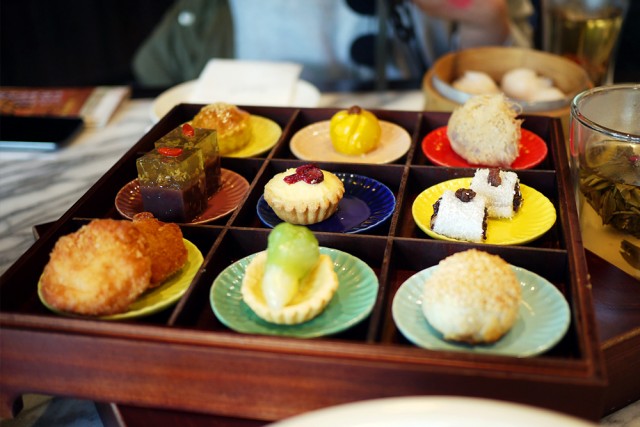 Tea set, kinda felt like an Asian version of high tea (we had all sorts of teas to drink, all fantastic).

Day #6 was our last day in Taipei. We went out hard the night before and there was no way all of us were going to check out at noon so Charlie and I opted to pay up for another night to have a late checkout (our flights were at 11pm). Despite being hung over I still managed to check out the Transformers Expo, so glad I did as I geeked out hard once I was inside.

We checked out the National Palace Museum afterwards too, but I was way too wasted at that time to take in all the artifacts, and by the time we got the the airport I was running on reserve. I pretty much crashed once we boarded the plane, and woke up in Sydney! So sweet :)

One Response to Taipei – Day #6 Transformers!