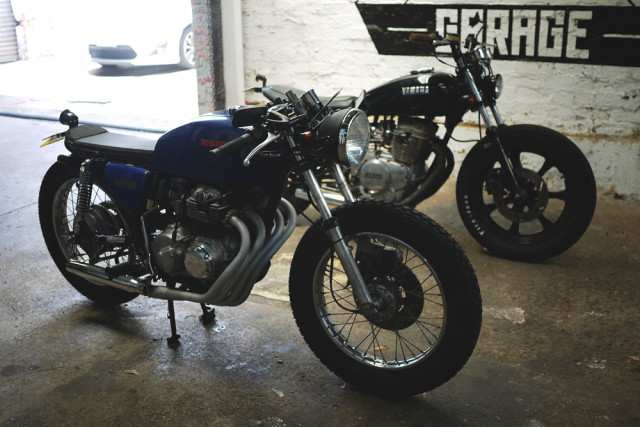 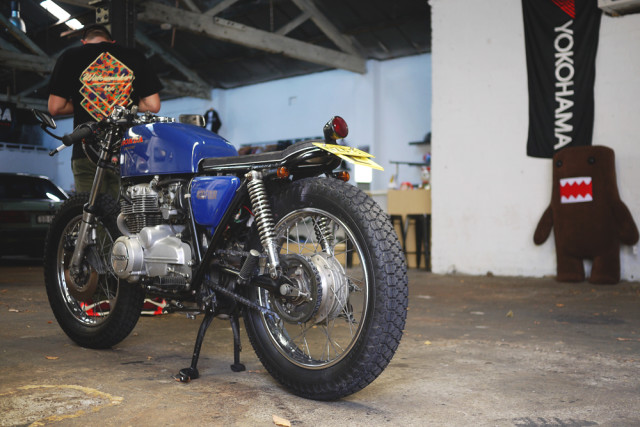 Love Ryan’s bike, but Mikes CB was new to my eyes, so gorgeous! 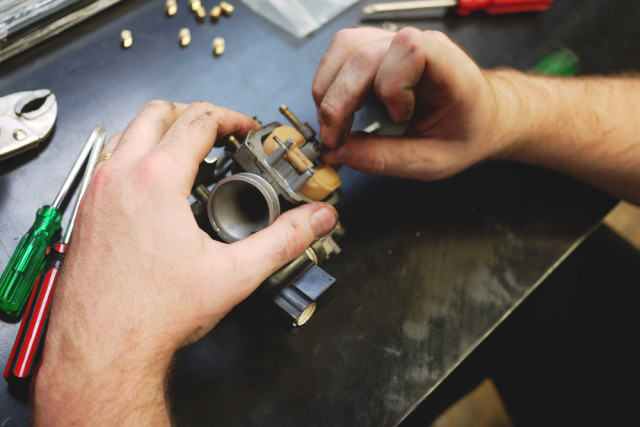 Ryan had already removed the carb and was right into cleaning it when I got there. 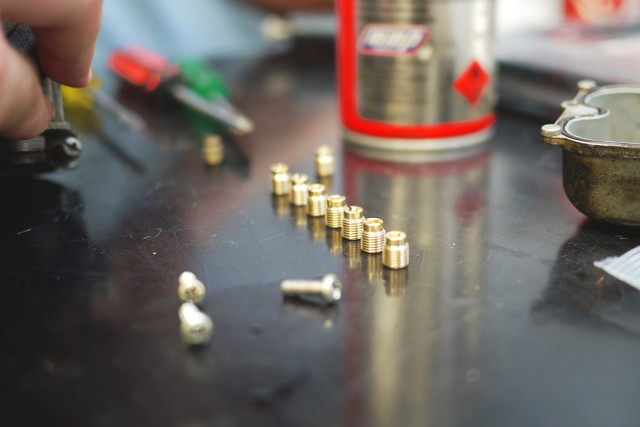 Jet kit at the ready. I didn’t have a d-shaped pilot screw tool, and the screw was screwed in pretty tight. The boys persisted and in the end they took apart a fancy pen I found on my desk, made it D-Shaped and got it out. They then dremelled out a slit in the screw so we can use a flathead screwdriver to adjust it in future. 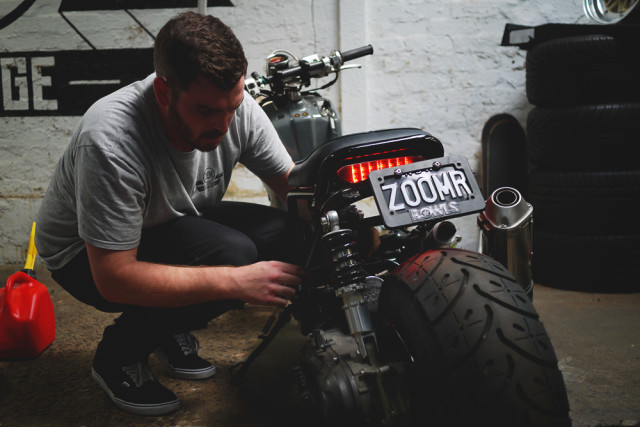 Carby back in, spark plug cleaned, old fuel drained and new fuel in. She started up pretty nice first go. 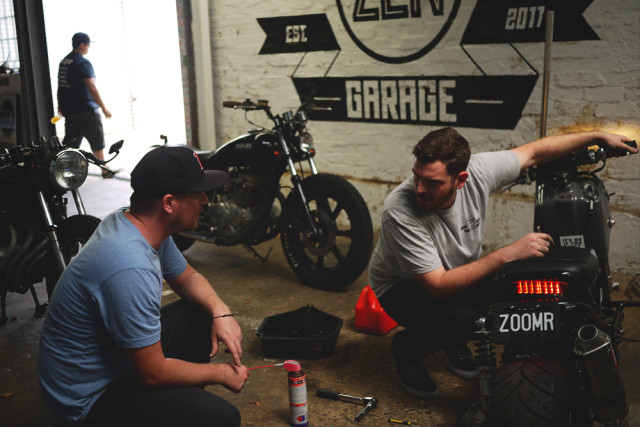 When I bought the Honda Zoomer off Paul many years ago, it never started nice (took a lot of work to get it going). After I was done modifying it to where it’s at today it started up even worse. I’ve always been meaning to take it down to the guys at Deus down the road to tune to carb but Ryan Lewis, the beautiful man that he is, suggested that he’d love to have a go, and that he did today!

The Zoomer now starts and runs beautifully. Riding it around the block was hilarious fun (as expected!). Ryan and Mike both had a go too, the grins on their faces on return said it all. Can’t believe it’s taken me so long to get around to this! Next up, a full detail job, then maybe a photoshoot :)

This entry was posted in Bike. Bookmark the permalink.