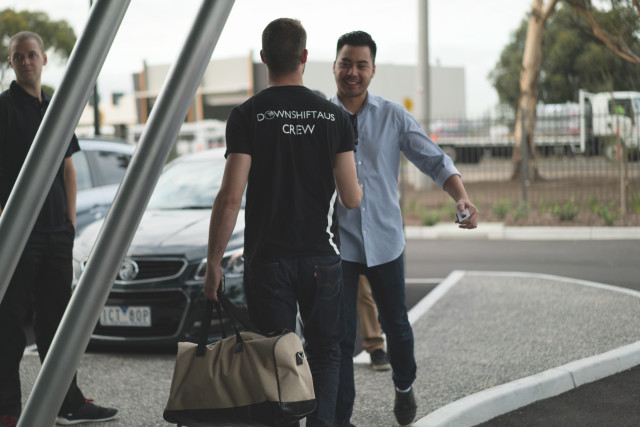 I had very little sleep (3-4hrs) but was feeling AOK. In the morning we caught up with Jared from Downshift (QLD) who landed at midnight last night. 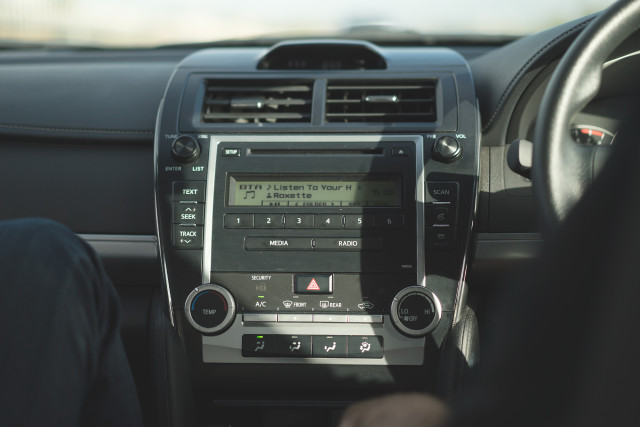 Mix Master Alain at it again, this time en route to Calder Park. 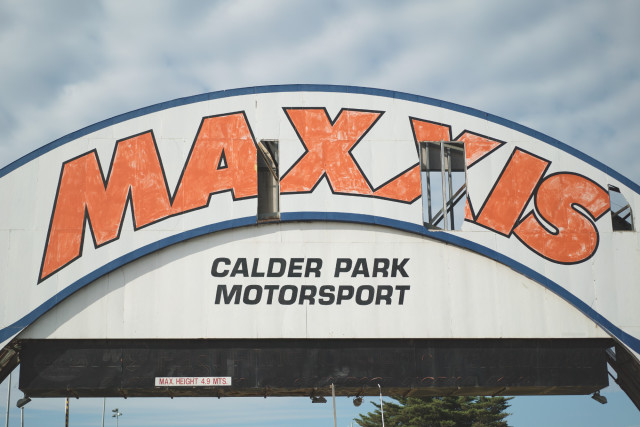 Calder Park has to be one of the most run down circuits I’ve ever seen. Mad Max comes to mind. Post Apocalyptic! 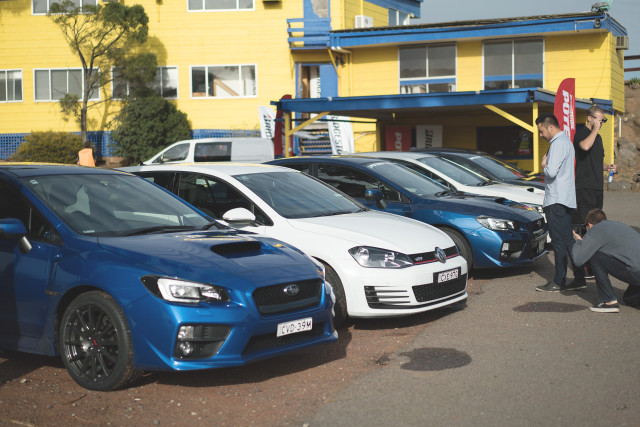 We were greeted by the cars we were going to be driving. WRX’s and Golf GTI’s on the new Bridgestone Adrenalin POTENZA RE003’s as well as competitor tyres. 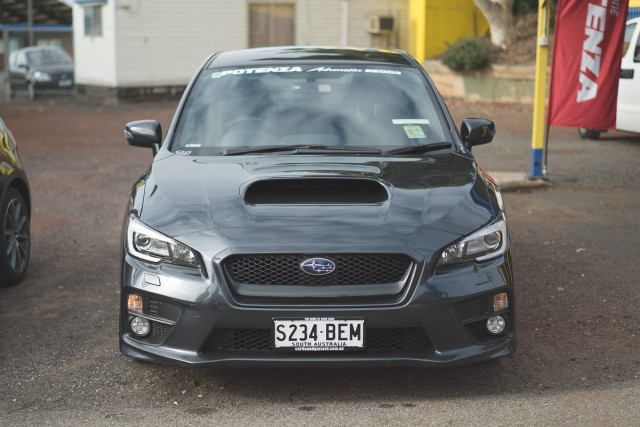 Still don’t like this car. It’s just so stylistically awkward. 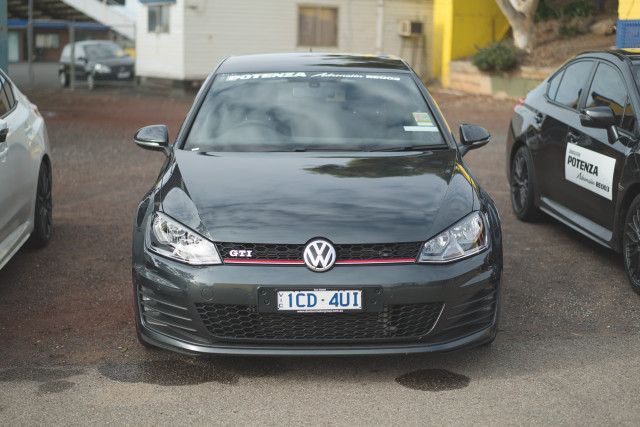 I was so looking forward to driving the GTI. 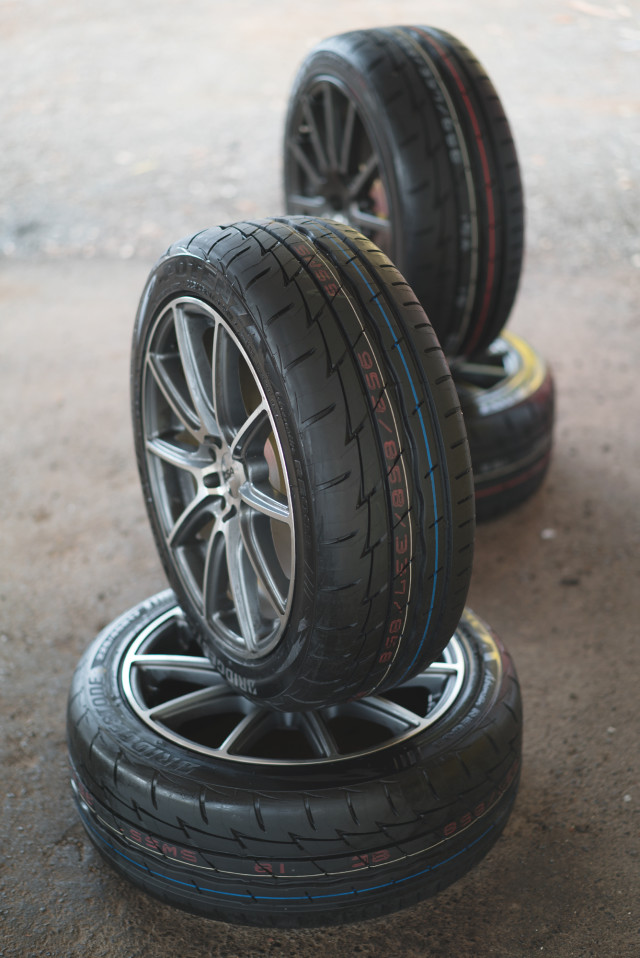 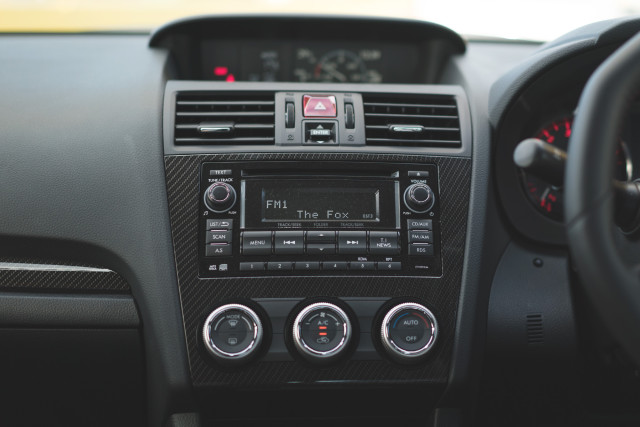 Into the WRX I get, and boom! The Fox! 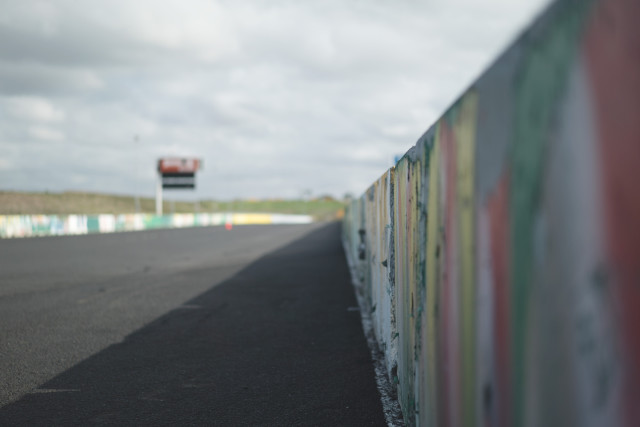 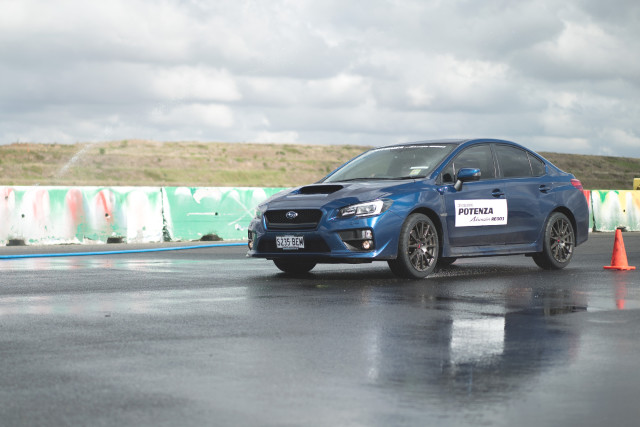 Our group hit the wet slalom first. Whilst the competitor tyre was fun as I managed to get the car to lose traction and get into a four wheel drift, this wasn’t what we were here for. The Potenza was the clear winner with much more direct steering and much smaller steering input (much smaller steering wheel adjustments). 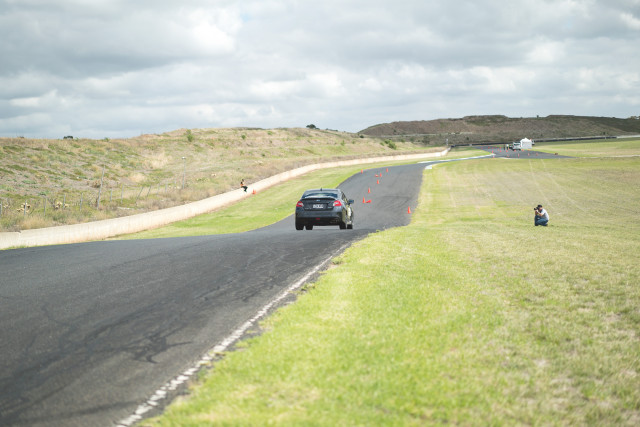 The next test was dry slalom where we got up to much higher speeds. The competitor tyre was awesome, and predicable, but it scrubbed off speed on each direction change whereas the RE003 didn’t. Both winners on this test I thought, though the RE003 definitely won the test (and had the WRX showing off much more body roll due to more grip). 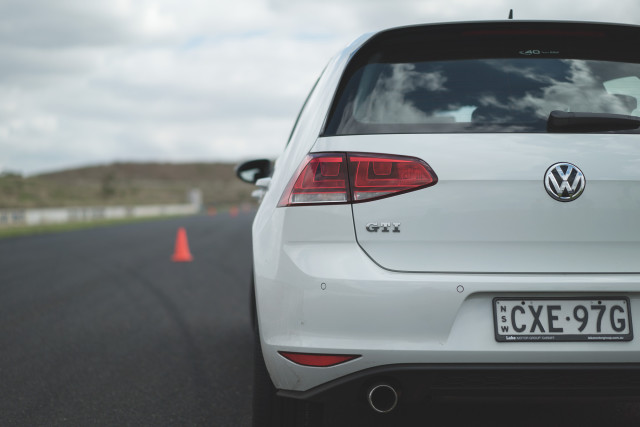 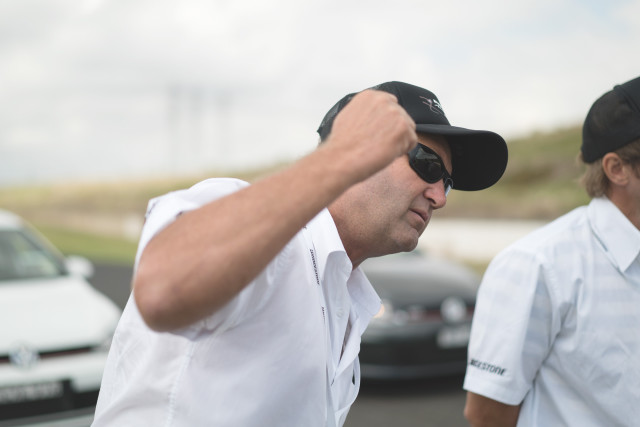 We were asked not to use our driving skills to avoid hitting cones, and instead hit 80km/hr and literally yank the wheel as hard as we could, thus simulating avoiding kids running across the road for example. After this we were treated to some heated track battles on the full circuit between the competitor tyre and the RE003. This had everyone on the day truly appreciating how awesome the RE003 was, and also how amazing the Golf GTI was. The MK7 just feels so fast, fun, playful and light (IE: It shat all over the WRX). 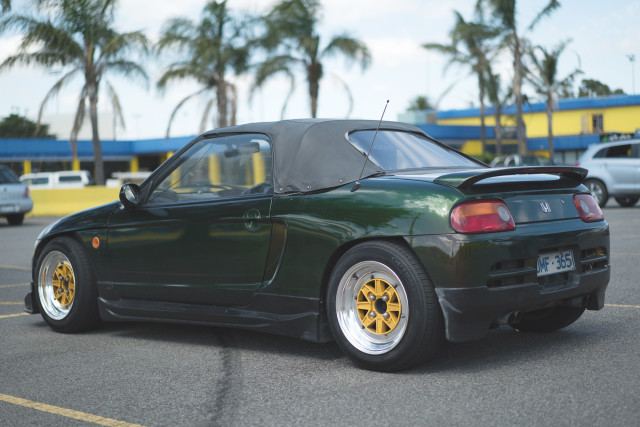 We wrapped up the day with some filming, and at the carpark we spotted this amazing Honda Beat owned by Grant from Gripshiftslide. 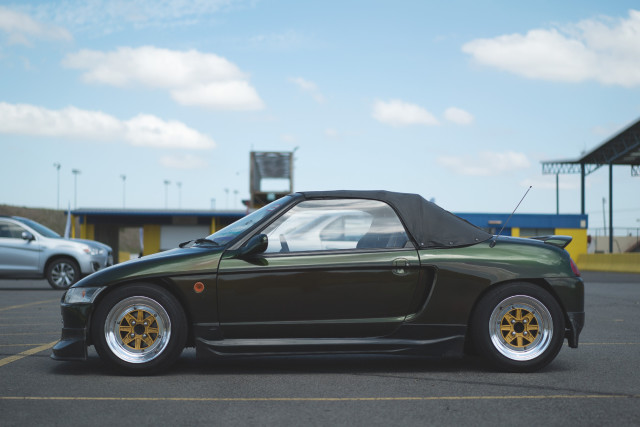 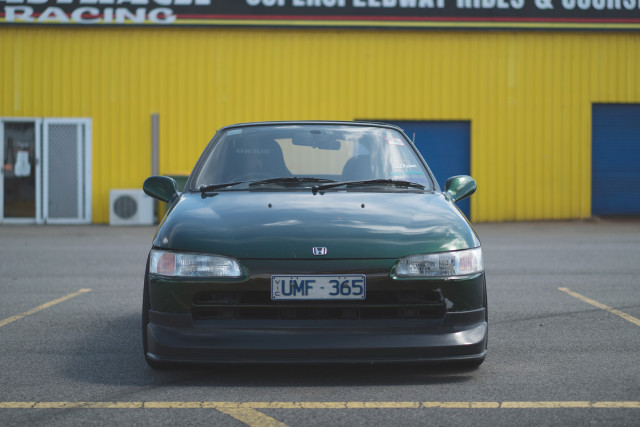 As wide as 3 license plates. Check the lines on the ground, that’s a standard car park space! 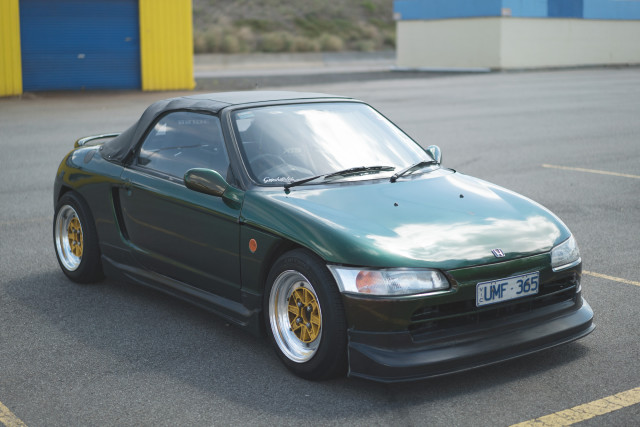 So rad, and still a work in progress. 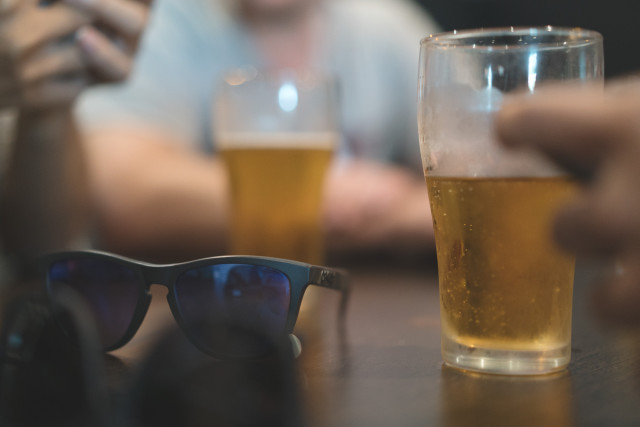 We smashed a few drinks with the Full Boost boys, then we were off for more drinks at the airport. 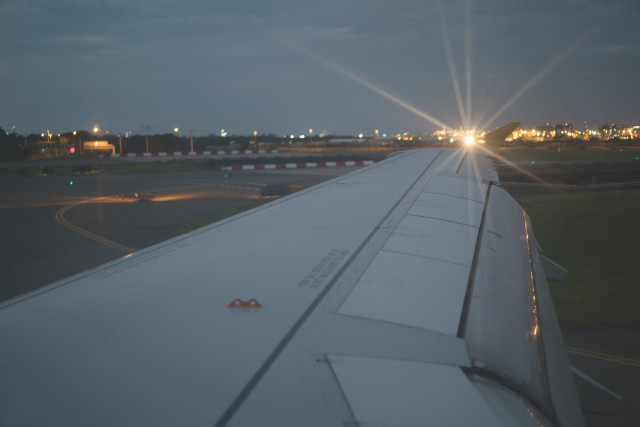 Landed in Sydney. I’m SO over planes. We almost missed this one, getting in trouble with the people at security check for being so late and literally running our asses off onto the tarmac to board the plane (lol).

PS: Yes. I had to buy a set of RE003’s for my Golf. I’m almost down to the canvas and have been meaning to get new tyres for ages! I’m really looking forward to getting these babies on my car ASAP!