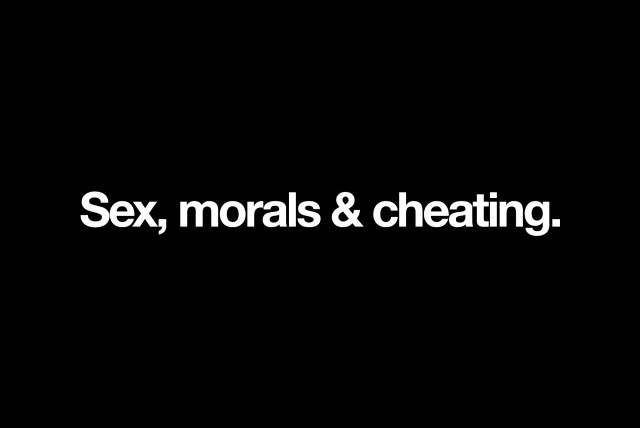 Hard topic to talk about, and I’ve been wanting to talk about it for years. I’ve had sex with girls who were in relationships, a couple of them were married, the others in long term relationships. I’m trying NOT to beat around the bush here. I don’t want to muddle the word “sex” with “sexual advances” as God knows I’ve made plenty of those over my time (hey I’ve had my fair share of girls making aggressive sexual advances at #metoo).

With the girls: Fact is I knew what I was doing felt wrong but I went there anyways. I talk a lot and ask a lot of questions. I prefer my emotions out rather than in. More than a few times I’ve tried to bring up the deed in conversation but I’m usually faced with 1 of 2 things; 1) I’m made to feel silly for thinking anything of it! Are you seriously saying you’re feeling guilty right now?! Um, yes? Yes I am?! 2) I’m introduced to the concept of “keeping a secret” something I’ve never done and highly doubt I could ever do.

With the guys: I’ve always had closer girl friends than guy friends. I still do. I consider my friends wives to be my mates. It hurts then to see what I’ve seen on overseas trips with the boys. When I confronted the guys about the issue, I expressed that I was single, which somewhat gave me the right to do whatever I wanted, but you guys are married, with children! The response? Who the fuck are you to judge Justin? Floored. Speechless. I get it.

Back to the girls again: I crossed the line once and admitted to one of the girls what her guy was doing. What was the response? Shut the fuck up Justin I don’t want to hear it!!!

Back to the guys again: Just last year a mate was parading that he got a bare back blow job overseas. Congratulations man, you just gave your kids an STD.

I’m talking about it because everyone world wide seems to think that encouraging conversation is a great way to begin resolving big issues, but from what I’ve learned from experience; talking is the last thing the guilty want to do.

This entry was posted in Spam. Bookmark the permalink.

One Response to Can’t find a better man